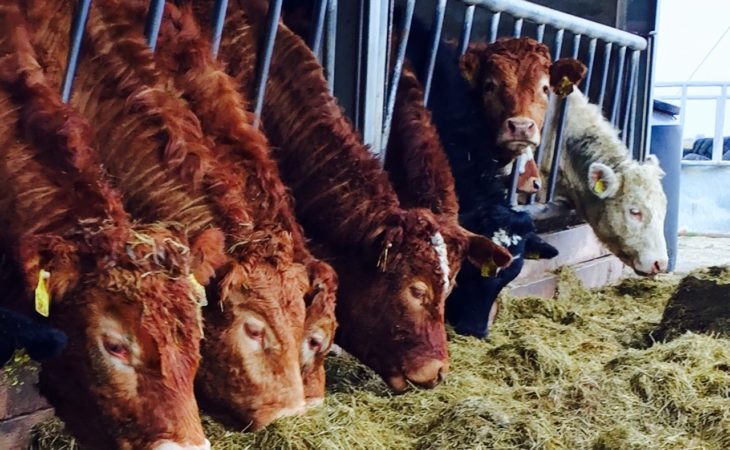 The European Parliament has adopted plans today (Thursday, October 25) to limit the use of antibiotics on farms in order to keep food free from resistant bacteria.

The new law reportedly says that veterinary medicines must not, under any circumstances, serve to improve the performance or compensate for poor animal husbandry.

It would also limit the use of antimicrobials as a preventive measure – in the absence of clinical signs of infection – to single animals and not groups.

As well as this, the drugs can be used only when fully justified by a veterinarian in cases where there is a high risk of infection, the European Parliament explained.

Treating a group of animals when one shows sign of infection would be a last resort under the new law and would only occur once a veterinarian has diagnosed infection and prescribed the antimicrobials.

In order to help tackle antimicrobial resistance, the law would also empower the European Commission to select antimicrobials to be reserved only for treating humans.

Meanwhile, the text also imposes that imported foodstuffs will have to meet EU standards and that antibiotics cannot be used to enhance the growth of animals.

The agreement with EU ministers was adopted with 583 votes to 16 and 20 abstentions. The agreement still has to be formally adopted by the European Council before publication on the official journal.

Advertisement
Furthermore, the legislation provides for incentives to encourage research into new antimicrobials – including longer periods of protection for technical documentation on new medicines and commercial protection for innovative active substances.

It also protects significant investments in data generated to improve an existing antimicrobial product or to keep it on the market, the European Parliament explained.

In a separate vote, MEPs also approved new rules on more responsible ways to produce, sell and use medicated feed to tackle the spread of antimicrobial resistance.

Today’s vote has been described as a “major step forward for public health” by French MEP and rapporteur Francoise Grossetete.

Continuing, she said: “Beyond farmers or animal owners, the use of veterinary medicines concerns us all – because it has a direct impact on our environment and our food; in short, on our health.

Thanks to this law, we will be able to reduce the consumption of antibiotics on livestock farms – an important source of resistance that is then transmitted to humans.

“Antibiotic resistance is a real sword of Damocles, threatening to send our health care system back to the middle ages.”

Negotiations on directive to prevent UTPs to begin today