EU may have to fund budget through ‘own resources’ – Irish MEP

An Irish MEP has warned that the EU may have to fund its 2021-2027 budget through “its own resources” rather then relying on member state contributions.

Fianna Fáil’s Billy Kelleher said that, with some member states being unwilling to contribute more to the Multiannual Financial Framework (MFF), the EU may have to look inwards to make up the gap in funding.

This may result in an increase in the EU’s own taxes to raise finances.

We have a situation where we, as citizens of the EU, are demanding the EU to do more, and at the same time, member states aren’t willing to increase their contribution, so it is a dichotomy.

Speaking to European Parliament Radio today, Tuesday, March 10, Kelleher – an MEP for Ireland South – said: “And if we have to look at some stage down the road in terms of the EU’s own resources, will then that is something we’re going to have to visit, if members states continue to refuse to fund it adequately.”

Kelleher’s fears were reiterated by another Irish MEP who also spoke to European Parliament Radio today.

Seán Kelly, a Fine Gael MEP for Ireland South, said: “Without money, you can’t do much, and particularly at European level, without a good budget, we cannot do all the things we want to do in relation to climate change; in relation to the CAP [Common Agricultural Policy]; in relation to the programme Erasmus; and research.

We’re dependent on the contributions from each member state to make up our budget. The complication this time is that the UK has left. It was what is known as a net contributor.

“There’s a gap of about €12 billion to €14 billion. Most countries, in fairness, are willing to plug that gap, but four or five countries aren’t,” Kelly added. 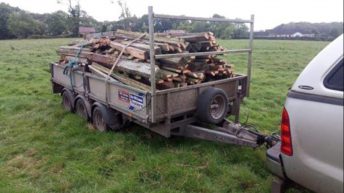