The continuation of the Russian import ban is translating mainly into lower exports of cheese despite a strong re-direction of trade to other destinations, according to the European Commission.

In its latest outlook for the dairy sector, it says the additional milk is being channelled into skim milk powder (SMP) and butter.

According to the Commission, in 2015 SMP production is expected to increase by close to 8%. Between January and April, milk collection was still below last year, additional milk was channelled to SMP production (+1.3%) driven by export markets.

For the whole 2015 year, it says SMP exports are expected to reach close to 760 000 tonnes, 17% above last year because favourable export conditions observed in the first four months of the year are expected to continue the whole year.

With the increase in supply, the Commission says SMP stocks might accumulate in the next months, but they are expected at the same level as last year by December 2015. 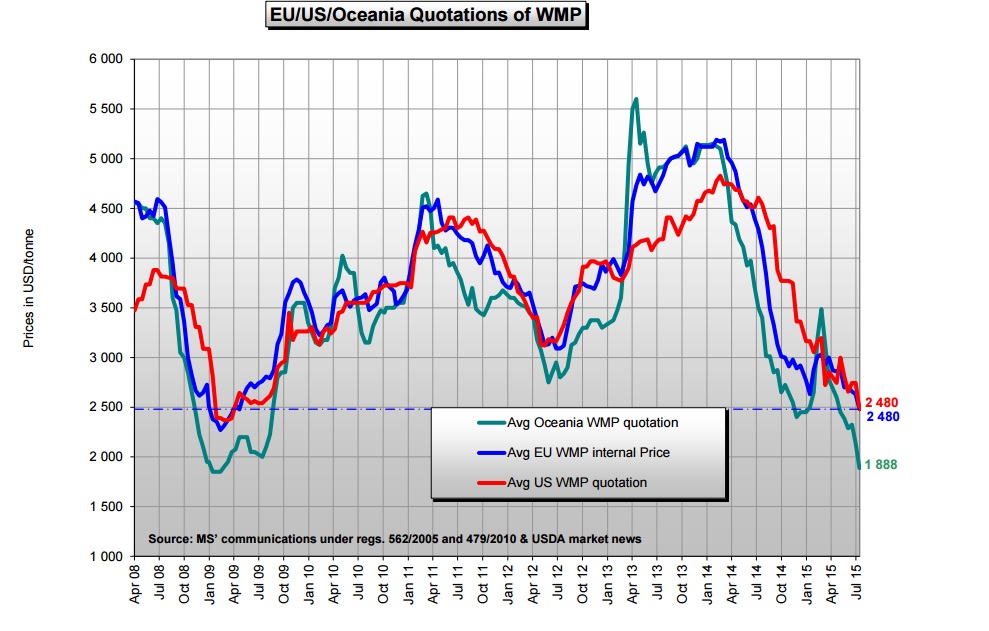 The Commission also says the fat market is doing well and butter exports are expected to increase by close to 10% in 2015 despite the Russian import ban.

A 9% increase was already observed in the first four months of the year, with higher shipments mainly to Egypt, Saudi Arabia and the US, it says.

According to the Commission outlook, the EU and New Zealand are benefiting most from the US shortage in butter.

On the back of this, it says butter production is expected to increase by close to 3% in 2015 compared to 2014.

Exports, although dynamic, are not the main driving factor of this expansion: they represent less than 7% of production, the Commission says.