EU agri and enviro committees in ‘power struggle’ over CAP

In past reforms of the CAP, the Agriculture and Rural Development Committee has shaped the policy.

However, this position is currently being challenged by members of the parliament’s Environment, Public Health and Food Safety Committee.

Following the recent publication of the reform proposal by European Commissioner for Agriculture and Rural Development Phil Hogan – which contained significant environmental and climate proposals – the Environment Committee has insisted that it should lead on those aspects of the proposal.

This is being heavily resisted by the Agriculture Committee in Brussels, which is insisting that it should be fully responsible for CAP reform post-2020.

Commenting on the dispute, Fine Gael MEP and First Vice-President of the European Parliament Mairead McGuinness said there are “occasional disputes” between committees on competences.

This is significant as the Agriculture Committee believes it is best placed to lead on the CAP reform – but this view contested by the Environment Committee.

“Environment would normally draft an opinion on CAP reform and not seek to take the lead; however, this time around, it is a different approach.”

The Midlands-North and West representative – who serves on both the Agriculture Committee and the Environment Committee – said the dispute should be settled within the next two weeks.

As attempts to resolve the disagreement between the two committees have failed, the decision will now be left to the powerful Conference of Presidents (COP).

The COP is a governing body of the European Parliament and consists of the President of the Parliament and the leaders of the different political groups.

“Sharing the reforms between committees can lead to complications and time delays – and is not straightforward,” warned McGuinness.

“Efforts to have the reforms completed before the next European elections in May 2019, may be made more difficult depending on the ruling of the COP,” she said. 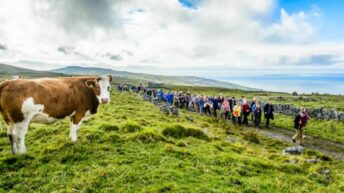 Final tranche of the Burren Programme opens for applications