The planning application to co-fire the ESB’s West Offaly Power Station with peat and biomass has been lodged to An Bord Pleanala, AgriLand has learned.

Meanwhile, as the planning application for the ESB’s other midlands station – Lough Ree Power – is not deemed a strategic infrastructure development, it will be separately progressed through Longford County Council.

The current planning permissions for both power stations are due to expire at the end of 2019.

The West Offaly Power Station is the largest peat-fired power station in the country, with all peat supplied to the ESB by Bord na Mona (BNM). BNM also supplies peat to ESB’s Lough Ree Power Station, located at Lanesborough.

The peat resource and utility company also supplies peat for its own power station located at Edenderry which it currently co-fires with biomass.

However, plans are afoot to convert the power stations from peat to sustainable biomass on a phased-out basis over the next decade as part of the company’s decarbonisation agendas.

The move is also expected to result in the loss of more than 400 jobs in the midlands region.

In a memo to Bord na Mona (BNM) staff, Tom Donnellan, CEO of BNM, stated that the West Offaly Power Station planning application commits ESB to move the power station from peat to sustainable biomass, on a phased basis up to 2027.

The document, seen by AgriLand, also commits to ending the combustion of peat by the end of 2027.

Donnellan states: “I wanted to update you on some important and very welcome progress regarding the planning application for ESB’s West Offaly Power Station. I can confirm that the application for the power station has been lodged with An Bord Pleanala.

The success of the transition from peat to biomass is important – not just for our plans and everyone working in Bord na Mona’s energy business, but is key to sustaining the regional economy and local jobs.

However, the potential of BNM replacing peat with biomass has been heavily criticised in many political quarters.

Eamon Ryan, the leader of the Green Party, has warned that biomass is “not a long-term, efficient or economic solution” to the generation of electricity at power plants in the midlands.

It is highly inefficient and there are real environmental risks – not just here at home and the difficulty we have seen with miscanthus and with willow – but also in the volume of wood that it would take.

“If we were doing it through forestry plantations, we’d almost have to take our entire forestry system and feed it into a power plant where two thirds of the energy that goes up the chimney is waste heat,” he said.

Advertisement
Also Read: ‘Biomass not the answer to power generation in Ireland’ – Ryan

Other political heavyweights that have raised serious reservations over the long-term potential of biomass to fire the power stations include independent TD for Roscommon-Galway Michael Fitzmaurice and Fianna Fail’s spokesperson on public expenditure and reform Barry Cowen TD.

Significant concerns have also been raised about the impact of the projected BNM job losses on local rural economies, with some TDs claiming that rural areas will bear the brunt of the country’s attempts to reduce its carbon footprint under EU commitments.

Last week the semi-state company outlined its plan for hundreds of employees now faced with job losses as a result of BNM’s aim to cease peat harvesting by 2025.

Last month the semi-state company announced the immediate fall-out of up to 150 jobs in the peat business ahead of harvest 2019 next March.

According to the company’s voluntary redundancy scheme, those who take redundancy will receive two weeks of pay per year of service – plus a further one week’s pay.

The document – which was shared with the BNM Group of Unions on November 14, but has not been agreed on – outlines that they will also receive an ‘ex-gratia’ lump sum, based on four weeks’ pay per year of reckonable service; this will be capped at 104 weeks‘ worth of pay.

It is understood that any employee wishing to avail of voluntary redundancy has until January 31, 2019 to apply. 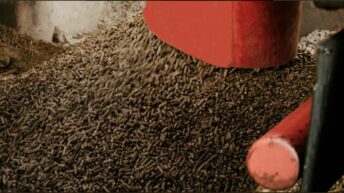 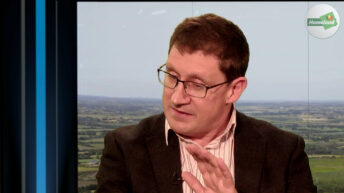