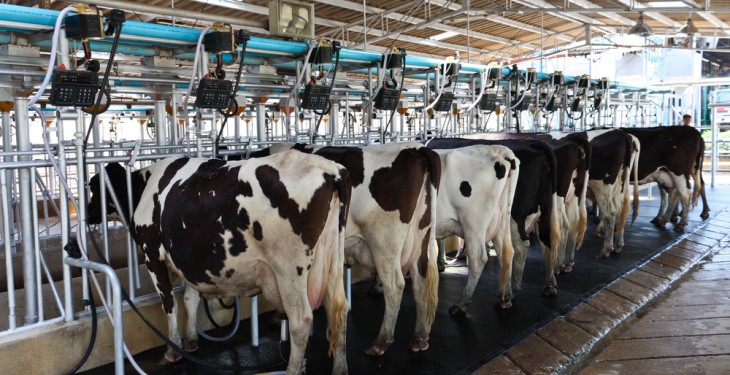 The end of EU milk caps has lifted Irish spirits, but the US Dairy Export Council (USDEC) research shows clouds blocking sunny government forecasts, according to Mark O’Keefe, Editor of USDEC’s website and The US Dairy Exporter Blog.

‘European Union: The Impact of the Removal of Milk Quotas in 2015’, a research report by the US Dairy Export Council, provides further reasons for less exuberant Irish optimism, however it did forecast that Ireland will be among the EU’s six winning countries with the lifting of the quotas, O’Keefe says.

“Under the most-likely scenario foreseen by USDEC, Irish milk production will grow at an annual rate of 4.6% through the year 2020.

“Maybe the Irish politicians are full of bluster, or maybe an increase of 50% in volume is a wildly optimistic estimate of golden times for the Irish,” said Christieson.

“But if milk prices stay anywhere near where they are right now there is no way Ireland will get to 50%. In the dairy industry, people sometimes view volume as king.

“But if volume does not prove profitable are the Irish farmers kings?” he said.

According to O’Keefe the USDEC’s report identifies eight likely challenges for Ireland to achieve a 50% increase by 2020: