Agri Aware to educate second-level students about the CAP 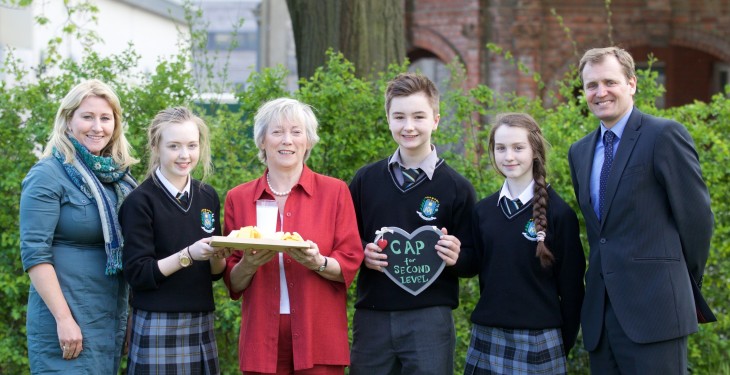 Agri Aware is to educate second level students about the Common Agricultural Policy (CAP) at the Family Farm classroom in Dublin Zoo.

The students will be taught education modules which have been created by botanist and television and radio broadcaster Eanna Ní Lamha.

The initiative is part of a communication campaign, delivered by Agri Aware, the independent Irish agri-food educational body. The campaign aims to communicate the many benefits of the reformed CAP to the general public, and farmers, across Ireland, Agri Aware says.

The ‘Follow the Farmer’ reformed CAP communication campaign was awarded to Agri Aware after a bidding process and it is co-financed by the EU Commission’s Directorate General for Agriculture and Rural Development.

Agri Aware’s Chairman, Richard Moeran, said that it is delivering this interactive and relevant educational campaign at Family Farm to connect young consumers with the reformed CAP.

“The reformed CAP ensures that people and their families have guaranteed access to quality, safe, affordable and sustainably produced food that is grown under the highest animal welfare and environmental standards.

“Irish farmers are custodians of the landscape, providing amenity value to the Irish population, in addition to playing a key role in attracting tourists to Ireland.

“CAP is good for farmers, food and consumers of all ages, from towns, cities and the countryside,” Moeran said.

Dr. Vanessa Woods, the Chief Executive of Agri Aware said that it is communicating the reformed CAP to urban and rural people, across Ireland.

“The campaign encompasses numerous novel methods of communication to engage everyone in CAP. We are communicating this complex policy in a simple, effective way.

“These new education modules will target second level students and provide relevant and up-to-date information about CAP and the important role it plays in delivering high quality, safe and traceable food at an affordable price for consumers, whilst also caring for our beautiful green countryside, our waterways and environment,” she said.