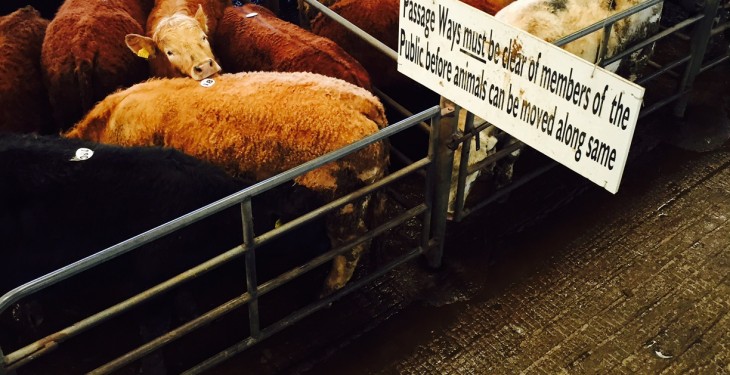 Warning bells have been sounded that a disconnect is emerging between store and finished cattle prices in Northern Ireland, by the Livestock and Meat Commission (LMC).

In a recent analysis of the mart trade in Northern Ireland, the LMC says that reports early in the year have made very positive reading for primary cattle producers, with prices for calves, weanlings and stores at significantly higher levels compared to 2014 levels.

The LMC says tight supplies of cattle between six and 24 months of age are part of the explanation for the high prices being paid for store cattle at the moment.

However, it is not the whole story.

According to the LMC, one widely-reported factor is the new phenomenon of ‘the active farmer’.

It says these are non-farming landowners, who wish to continue to claim entitlements post CAP reform by passing an active farmer test. To achieve this some farmers are buying cattle or sheep, it says.

The LMC says producers planning to finish beef cattle also may have gained confidence for the strong rise in farmgate beef prices between September and December 2014.

With supplies forecast to remain tight this year, this may have given encouragement to producers in the market for store cattle.

While these prices are positive for primary producers, there are of course concerns about producers further up the supply chain over-stretching themselves in their drive to buy in raw material.

According to the LMC although finished cattle supplies are predicted to remain tight this year.

It says there is no guarantee that this will deliver a strong enough beef price to cover the cost of finishing stock bought at high prices.

Indeed, given the issues created by the weak euro, it is possible that a disconnect is emerging between store and finished cattle prices.

Such a disconnect is not unusual, but it has the potential to leave finishers in a precarious position.

One can only assume that buyers paying these strong prices are behaving rationally, it says.