Efforts begun to rebuild after Tipperary barn destroyed in fire 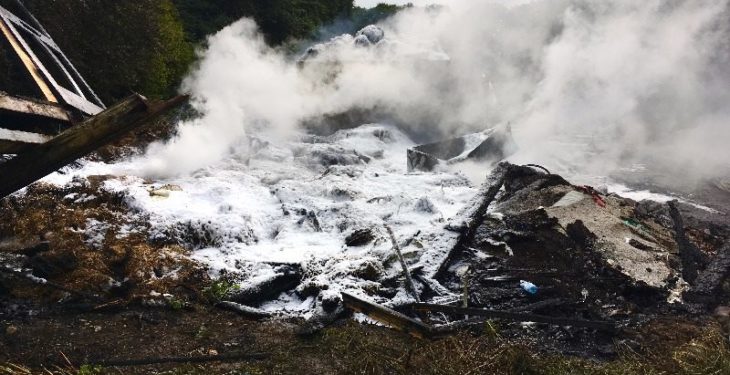 A barn was burnt to the ground following a devastating fire in Cloughjordan, Co. Tipperary, last week in the early hours of Wednesday, August 23. Crowdfunding efforts have begun in an effort to limit the impact of such a challenge.

Cloughjordan Community farm is a community-owned mixed 12ac farm in operation since 2008, in Cloughjordan Ecovillage, on the Tipperary/Offaly border.

According to the community, it uses ‘biodynamic’ farming methods (e.g. horse-drawn farming methods) to produce organic food, providing for around 70 households in the area on a weekly basis.

The farm operates as a member-owned co-operative employing two farmers, and provides education and experience for international visitors such as Wwoofers (World Wide Opportunities on Organic Farms), Erasmus and EVS (European Volunteer Service) volunteers on an annual basis.

Advertisement
A crowdfunding page, on gogetfunding.com, has been set up by two visitors who were staying at the farm in August, completing a Permaculture Design Certificate (PDC) course at the ecovillage, Tom and Jane Baker.

The aim of the funding page is to raise €4,000 to address the short-term needs of the farm.

According to the page, in the blaze the farm lost horse-drawn trailers, a direct seeder, scuffler, ridger, winnower, corn drills, and horse tack, along with €1,500 of hay, a tonne and a half of potatoes and lots of miscellaneous tools. This loss was in addition to the barn, which was razed.

The funds raised will go towards tools, food and fodder, as well as a temporary shelter to keep off the rain. In addition, any overfunding will go towards the raising of a new barn in the future. People interested in donating will only have a limited time-frame in which to do so, as the page will shut on Friday, September 15, according  to the farm Facebook page.

Efforts are over halfway there but all help is appreciated. Donations can be made on the page here. For updates on progress, the farm Facebook page is available here. 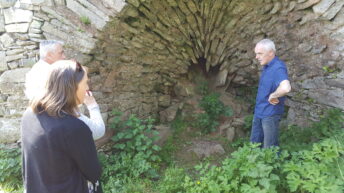