Over €5 million in research funding has been awarded to agri-food and marine companies – in partnership with research organisations including Teagasc, the Marine Institute, universities and centres of higher learning.

Awarded under the Government’s new Disruptive Technologies Innovation Fund (DTIF), the allocation was welcomed by Minister for Agriculture, Food and the Marine Michael Creed earlier this week.

The minister commented following the announcement of the funding allocation on Monday (December 10) by An Taoiseach and the Minister for Business, Enterprise and Innovation, Heather Humphries.

Minister Creed said: “This is a huge boost for the agri-food and marine sector and highlights the innovation potential that exists in our small and medium-sized enterprises (SMEs) and research performing organisations, particularly when working together in close collaboration.

I would like to take this opportunity to congratulate the applicants on their success in what was a highly competitive funding call.

In recognition of the agri-food and marine sector’s importance and significant role it plays in maintaining rural economies and communities the minister further added: “I have been particularly encouraged by the participation and success of rural-based SMEs under this call.

These industries are vital to the economic stability of the country as a whole and the opportunity for SMEs to collaborate with some of our leading academic institutions will be of enormous benefit in the safeguarding and future growth of the economy, jobs and rural communities,” he added. 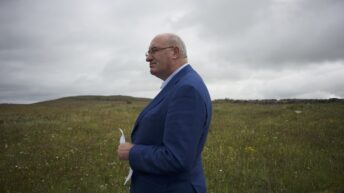