Irish Distillers this morning announced that it is going to formally recognise the high environmental standards of green spring barley growers.

Growers will be paid an additional payment of €15/t where they meet environmental and sustainability requirements outlined in the scheme.

The scheme was developed to help reduce the carbon footprint and promote biodiversity on farms. In year one of the programme, farmers will participate in a survey with a view to collating data and identifying further measures to achieve these objectives.

Welcomed by the IFA

Chairperson of the IFA’s grain committee, Mark Browne, commented: “The primary producer must share in this success and the ‘Green Spring Barley Scheme’ initiative is a positive development in this regard.”

Speaking at the launch, deputy president of the Irish Farmers’ Association (IFA), Brian Rushe, stated that: “IFA has engaged in constructive discussions with Irish Distillers in recent months. These centred on the need to support farmers who provide the green spring barley, which is used in whiskeys such as Jameson, Powers, Redbreast and Midleton Very Rare.

“The quality of this barley is exceptional. Achieving this requires significant additional care and costs, which are borne by the farmer. The scheme announced today recognises the role that farmers play in the sustainable production of one of our most valuable agri-food exports.”

The chief executive of Irish Distillers, Conor McQuaid, stated: “Our approach to sustainability is holistic and centres on the grain to glass journey.

“We value the quality Irish barley used to make our whiskeys and place a particular emphasis on sourcing, certification and traceability.

“For this reason, from 2020, we have decided to introduce a tailored sustainability programme for these growers which will support tillage farmers in delivering further environmental benefits on their farms.”

The company’s headquarters is in Simmonscourt, Dublin 4, but the main attraction is the Midleton Distillery in Co. Cork. 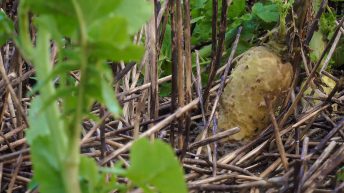 The soil beneath your cover crops 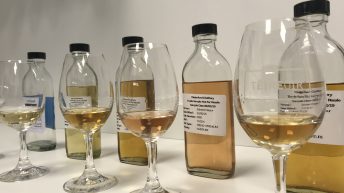 Putting the science behind the flavour of Irish whiskey