A total of €10,000 has been raised for Breast Cancer Ireland as a result of the #PinkBales campaign for 2017 ran by Glanbia Agribusiness.

A cheque printed with the five-figure sum was presented to Adelle Reilly from Breast Cancer Ireland at the National Ploughing Championships by Glanbia Chairman, Henry Corbally, and Marketing Manager with Glanbia Agribusiness, James Byrne.

Taking this year into account, it is believed that more than €25,000 has been raised in the last three years by the Glanbia Agribusiness #PinkBales campaign for Breast Cancer Ireland.

Supporters can also donate to the campaign by buying a Breast Cancer Ireland trolley token key ring or pin for €2; these are available throughout all Glanbia Agribusiness and CountryLife branches.

Commenting on the results of the fundraising, Byrne said: “Glanbia Agribusiness is delighted to once again be raising awareness of breast cancer in rural communities and raising money for such an excellent cause.”

Winner of our #pinkbales photo comp @HoctorMargaret is helping raise awareness for @BreastCancerIre & having lots of fun doing it! Thank you pic.twitter.com/HhMC1mmylz

Meanwhile, Breast Cancer Ireland – which is a registered charity established to raise significant funding to support pioneering research programmes nationally – was delighted to partner with Glanbia Agribusiness once again this year for the pink bale initiative, according to the CEO of Breast Cancer Ireland Aisling Hurley.

“The more awareness we can generate across communities, the more lives might be saved. One in nine women will be affected in their lifetime. Early detection is critical,” Hurley said.

Meanwhile, Margaret Hoctor from Kilmullen farm in Co. Wicklow was selected as the winner of the #PinkBales customer photo competition. 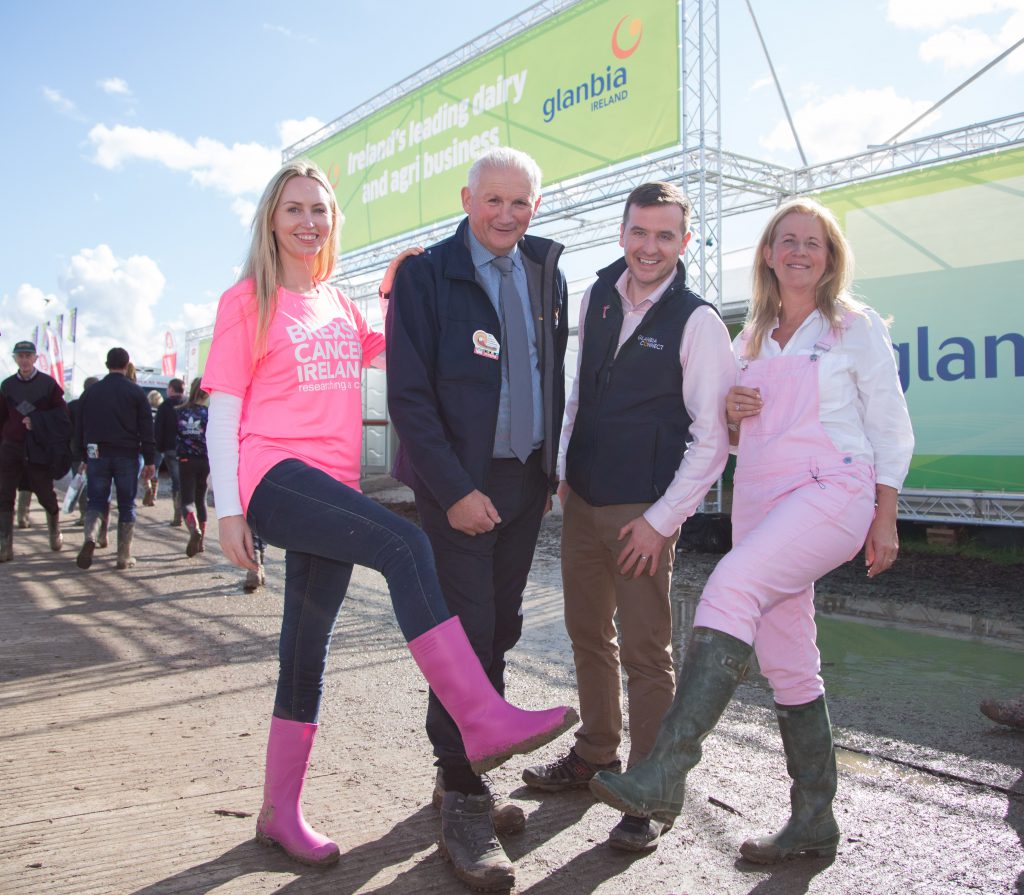 This year’s campaign saw the special silage wrap change from bright pink to a paler shade of pink. During the campaign, farmers were encouraged to post photos and videos of their pink bales on social media using the hashtag #PinkBales.

The farmer who submitted the best #PinkBales photo through social media would be rewarded with a 43in LG smart TV – which has a recommended retail price of €600 – by Glanbia Agribusiness, the company said.