€10,000 in funding approved for controversial Dublin to Galway greenway 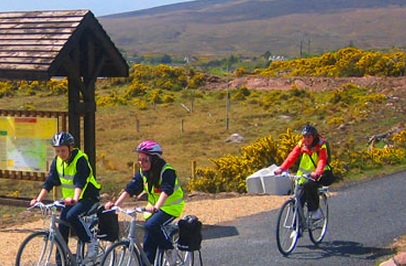 Some €11.4 million has been approved for the funding of 219 rural recreational developments around the country, the Department of Rural and Community Development has announced.

This includes €10,000 for the controversial greenway between Dublin and Galway, which came under the spotlight earlier this month over concerns that compulsory purchase orders could be used to force farmers to divide up their lands for the development of the route.

As well as greenways, the multi-million euro package will also be used to support other ‘small scale’ projects like blueways and tourism trails, which have limited funding of €10,000.

The package will also fund some ‘large scale’ national projects, including €1 million for the Slieve Bloom Mountain Bike Trail – the largest sum on offer.

The package was approved under the 2017 Outdoor Recreation Infrastructure Scheme, which is targeted at maintaining, improving and promoting outdoor recreational infrastructure across the country.

The funding also includes support for Coillte to maintain trails throughout Ireland’s woodlands and forests, with additional support also being granted for the extension of the Shannon Erne blueway in counties Leitrim and Cavan.

Unveiling the package today, July 31, the Minister for Rural and Community Development, Michael Ring, said: “Recreational tourism is a growing sector in Ireland’s tourism offering, and we have seen an increase in the number of Irish and overseas visitors enjoying the many greenways, blueways and walking trails which have been developed around the country in recent years.

Local authorities, state agencies and communities have spent significant time and effort developing the project proposals over the last number of months and I am very happy to be able to provide the financial resources necessary to support so many projects, whether at local or regional level.

“I firmly believe that the continued development of our recreational infrastructure will not only support Ireland’s rural tourism potential, but will also provide a diverse range of recreation options for local communities to support their own health and fitness, and to enjoy the countryside with their families.”

Ring added that he would be making further announcements under the scheme in the autumn, highlighting figures that showed tourism and cycling activities added about €1.2 billion to the economy in 2014. 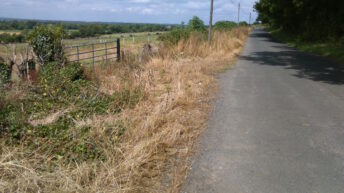