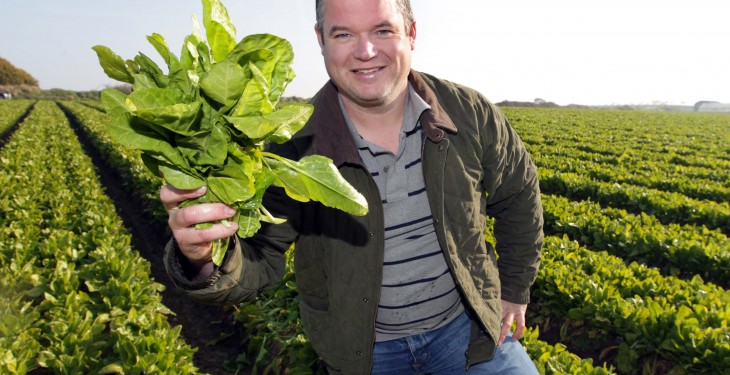 Tesco is to be the first Irish retailer to stock new season spinach this year and it will be supplied by Rush-based grower Colm Leonard.

Tesco expects to sell 17t of perpetual spinach this season, which is in season from April to December and Colm’s family have been farming in Rush for four generations and as well as spinach they supply kale to Tesco.

Tesco says that while kale is popular as a super food, spinach continues to remain popular with Irish shoppers as it is rich vitamin C, vitamin E, beta-carotene, managanese, zinc and selenium in addition to being rich in anti-cancer flavonoids and anti-inflammatory properties.

Tesco Ireland Fresh Buyer Sinead McDonagh said that from the same family as chard this crop has been grown over winter so Colm is set to be the first grower in the country to supply early Irish grown perpetual spinach this year.

She said that other growers are expected to cut new season Irish spinach in three weeks’ time. Spinach and kale are proving increasingly popular with Irish shoppers for cooking and juicing with new season kale expected to be cut next month, she said.

Tesco says that spinach is best stored in the salad drawer of the fridge for one to two days and that perpetual spinach is a strong green leafy vegetable that can be served as a salad vegetable or as a side dish.

New season Irish grown perpetual spinach will be available in the 149 Tesco stores throughout Ireland at a cost of €2.19/bag / €8.42/kg.