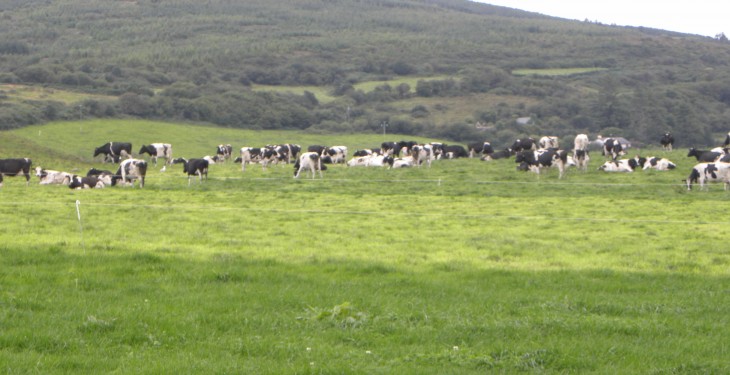 Dairy markets were driven down 50% from February to December but, in keeping with its ethos, Dairygold did not pass on the full impact to suppliers, its Chief Financial Officer, Michael Harte has said.

Speaking to Agriland recently, he said that “in keeping with the ethos we did not pass off the full impact of the dairy markets.”

Dairy markets, he said, were driven down 50% from February to December, mainly due to increased worldwide milk supply due to the very favourable weather conditions across the world which coincided with weaker demand, particularly from China, and the impact of the Russian import dairy ban.

Michael also said that volumes and quality of milk being produced is currently up and from a milk price point of view, the quoted Dairygold milk price for 2014 was 35.9c/L.

“But, when you apply the solids, protein and butterfat that price goes to 38.9/L and if you add the bonuses suppliers in 2014 received close to 40c/L.”

The utilisation of whey has been the big game changer for Dairygold in recent years, according to Jim Woulfe.

He said that with more milk ending up as cheese and casein, it has resulted in more demineralised whey which, in turn, can be used in infant milk formula.

The evolution is that seven or eight years ago Dairygold decided to concentrate and put its resources into demineralised whey.

“This means that without the minerals the whey protein can be used across a broader range of products, for people with delicate kidneys, such as children and elderly people.

“We have driven our portfolio to get the maximum return for our members. Now there is about 600m litres of whey being processed per annum. That has really been influential and we’re following the money all the time, but in a sustainable way.”