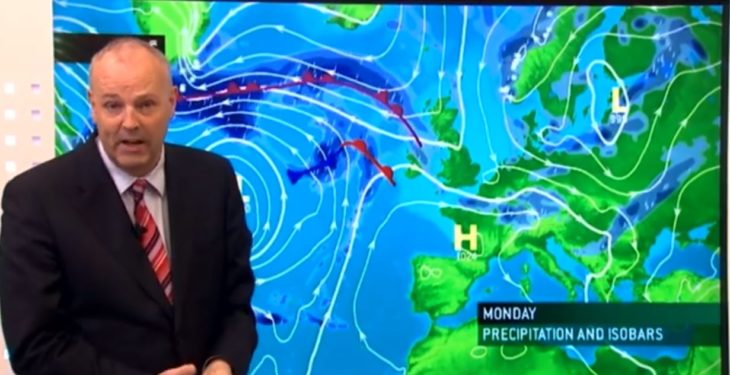 Farmers have been voicing their concerns regarding the recent prolonged dry weather that the country has been experiencing; but is it that unusual for this time of year – and what is needed for grass and crop growth over the coming weeks?

AgriLand spoke to former head of forecasting with Met Éireann Gerald Fleming – who is currently working as a consultant on development projects with a number of countries in South-East Asia – to ask him more on the topic of droughts and their impact.

Below is a selection of questions and answers on the matter:

Should farmers be concerned about the current dry weather conditions?

The early months of 2020 have brought us great contrasts. In particular, February was exceptionally wet – up to three times the normal monthly rainfall was recorded at some Met Éireann weather stations.

Then March turned dry in the east and south, but in the mid-west and north-west the rainfall was about normal for the month – or even a little above in a few locations.

April was dry everywhere and May has continued that pattern to date, with some weather stations only recording a few mm in the first half of the month.

So, we have an unusual situation that if you look only at total rainfall accumulation since January 1, it looks like a “normal” year – but the rainfall has been very unevenly distributed across the months, with a very wet start to the year and then a very dry spell.

Soil moisture deficits currently range from about 50mm to 65mm across the country.

This is the equivalent to the rainfall we would expect over about three or four very wet days.

However, a problem is that the ground has become hard as it has dried out, and a heavy deluge would largely just run off into ditches and streams rather than percolate down into the soil.
So, a couple of rainy days will not do enough.

We would need a sustained rainy period, ideally with some mild, damp days interspersed with heavier bouts of rainfall to allow the upper layers of the soil to soften and the rainfall to percolate through to root level and below.

Is climate change impacting on current weather patterns in Ireland?

The climate in Ireland is characterised by regular, reliable rainfall.

We don’t have a “dry season” and “wet season” as happens in more continental climates and in the tropics; our rainfall amounts are much more evenly distributed across the year than in most other climates.

However, most years do still bring us a mix of wet and dry months, and the months of March and April are typically two of the drier months of the year.

We have seen this type of dry period before. Also, the months of March and April are associated with easterly or north-easterly winds, which are themselves drying as they bring low-humidity air across the country in addition to very little rainfall.

What is critical is whether this type of dry spell is likely to become more frequent over the coming years and decades.

There are many studies as to how the changing climate globally will affect regional weather patterns.

Some of these studies indicate that, over the North Atlantic region, there will be a greater number of “blocking” weather patterns; this is when high pressure areas build and disrupt or re-direct the normal south-westerly flow of air that bring us our mild, damp climate.

The key point is that the day-to-day variability of the weather is less; we get more of one thing (wetness, heat, rain, frost) and less of another.

If this tendency for a decrease in day-to-day variability and an increase in periods of “extreme” weather (very wet, very cold, very dry etc.) is to represent the future, farming will need to adapt if it is to thrive.

How do meteorologists determine drought conditions?

There are three definitions relating to drought used by meteorologists.

They are as follows:

This reference to 0.2mm as being the low threshold for daily rainfall is because night-time dew can occasionally result in the recording of 0.1mm of rainfall in rain gauges – and even during dry periods dew can accumulate on the surface of the ground at night. 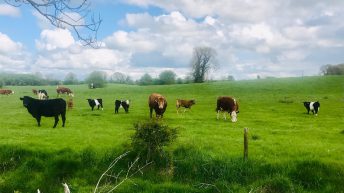