Dry and mostly sunny conditions in store this weekend

Today, Friday, is set to be a dry and mostly sunny day – but conditions may turn a little cloudy in the afternoon, according to Met Eireann.

Top temperatures will range from 12º to 15º during the course of the day.

Grass frost likely to develop under clear skies as temperatures fall to between zero and 5º. A few isolated mist and fog patches are forecast to form towards dawn.

Light south-west or variable breezes will freshen along the north-west coast by morning, the Irish meteorological office added.

Tomorrow, Saturday, will start off mostly dry with sunny spells. However, it is expected to become cloudier in the west and north-west – with patchy rain in the north-west by evening.

Top temperatures are set to be similar to the previous day. South-west breezes will be light to moderate in strength, but occasionally fresh to strong along the west and north-west coast, Met Eireann added.

It is forecast to become cloudier tomorrow night, with patchy rain in the north-west gradually spreading southeastwards – but tending to break up.

Conditions are not expected to be as cold as the previous night, with lowest temperature staying around 6º to 9º.

Sunday will bring a mixture of clouds and light rain, but some bright or sunny spells may develop in the afternoon or towards evening.

Temperatures may reach as high as 13º in mostly moderate northwesterly winds, but fresh at times.

Conditions are set to be mostly dry on Sunday night, with good clear spells developing. Temperatures are set to drop to as low as 2º overnight, with some grass frost likely over the southern half of the country.

Early indications suggest that Monday will be mostly dry with bright or sunny spells at first.

But there is a danger of conditions becoming cloudier, with patchy rain or drizzle likely in the north and north-west later later in the day.

Temperatures are expected to vary between 11º and 14º. 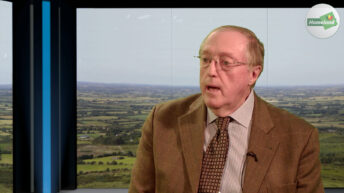 Climate change: ‘Society may not stand for continued expansion’