Maize harvest woes: ‘It was all flattened to the ground’ 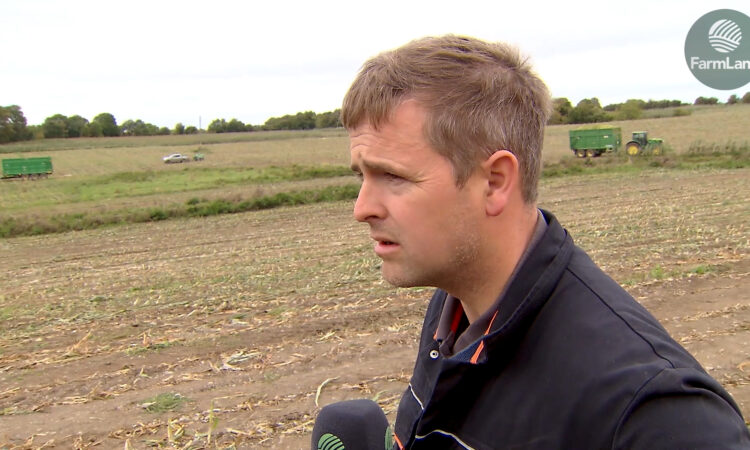 Brendan Martin, a farmer and agricultural contractor in Co. Meath, was just days away from harvesting his maize crop when Storm Ali struck last week.

High winds experienced on Wednesday, September 19, meant that Brendan was faced with the unwanted challenge of trying to harvest a lodged crop.

In a 43ac field located just outside Summerhill, Co. Meath, he estimated that 38ac were lodged by the storm.

I was in here the evening beforehand (Tuesday, September 18) and and I was looking up at it and admiring the massive crop I had.

“I came in at 2:00pm on Wednesday and it was all flattened to the ground; it broke about knee high and lay over.

“So we’re here since Monday morning (September 24) at around 8:30am trying to harvest this before it deteriorates – seemingly it’s okay for a week, but it’s not okay for two weeks,” he said.

Brendan is involved in an agricultural contracting partnership, so the decision was taken to tackle his own crop before heading out on hire.

There’s probably 200ac of stuff similar to this.

Due to the late spring, Brendan explained that the contracting outfit was faced with “a massive workload” when the weather conditions became favourable.

“We started sowing this in the first week of May; it went in in great conditions and then the drought hit and it found it hard to get going. So it was a struggle all summer watching it.

“But it took off and actually done really well towards the end – until now,” Brendan added.

All going well, he had hoped to harvest the crop this Saturday (September 29). Other fields which he has maize planted in escaped relatively unscathed.

Brendan estimated that the losses could reach as high as 2t/ac or 2.5t/ac. He outlined that, in a normal year, he would expected yields to average approximately 20t/ac.

Continuing, he explained: “It is just impossible to get it all up; it is actually stuck to the ground.

We have to cut it one way. We’re cutting it the way it fell, so it’s actually hanging out in front and you’re cutting it at the bottom and dragging it in. But some of it is actually on the ground and you can’t get it, so there’s not a lot we can do about it.

The farmer and agricultural contractor outlined that the past year has been a challenge in terms of dealing with difficult weather conditions.

“We had maize in this field last year and it was a challenge to get it out of it with the wet weather; there were tractors stuck all over the field.

We didn’t even get to cut some of it because it was so wet.

Concluding, he noted that farmers will continue to find a way to deal with difficult weather conditions – which seem to be becoming more frequent.

“Farmers are fairly stubborn. What else are you going to do? It’s just a fact of life; you can’t determine the weather,” he said. 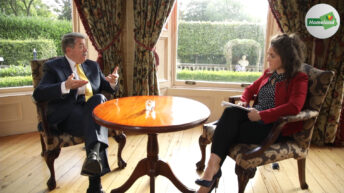