Dry and cool for the weekend, mild and breezy next week – Met Eireann 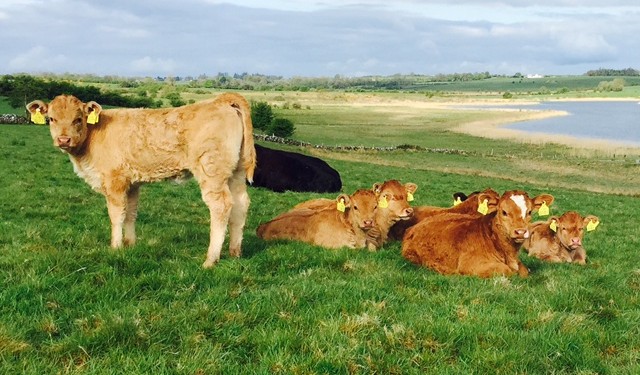 Today (Friday) will be cool and mostly cloudy, however Met Eireann says that some bright spells may develop in parts of the south.

It will be dry in many places, it says but there will be some light showers in places this morning and outbreaks of rain will spread southwards over Ulster this afternoon.

Moderate to fresh in northern areas, northwest to north breezes and afternoon temperatures will range from about 13 or 14 degrees Celsius, Met Eireann says.

Tonight (Friday) there will be patchy drizzle in places this evening however, this will clear southwards early tonight and it will become dry overnight, it says.

Saturday will be a bright cool day with a sunny spells and the moderate northwest to north wind will fall off light in places later in the day, according to Met Eireann.

There will be temperatures in the afternoon of 14 to 17 degrees it says.

It will be mostly dry on Saturday night, with clear periods in southern areas and there will be lowest temperatures of about 4 or 5 degrees, Met Eireann says.

Sunday will be a dry, cool day with a mix of cloud and sunny spells but overall a good deal of cloud is likely.

Monday will be much the same as Sunday with light variable winds and afternoon temperatures will range 14 to 17 degrees, with the highest temperatures in the south, Met Eireann says.

It says it will be cool at night with some patches of mist or fog and overnight lows of 4 to 9 degrees, depending on cloud cover.

Winds will become southeasterly on Tuesday and Wednesday with Met Eireann saying this will bring a slight rise in temperatures with typical afternoon values will range 16 to 18 degrees.

However, it will be breezy on Wednesday and both days will be dry and bright with a mix of cloud and sunny breaks, it says.

Looking to the rest of next week Met Eireann says that Thursday will be breezy and dry in most places, but some rain could push into western areas later in the day.

There is uncertainty about the following few days but indications suggest more unsettled weather on Friday and over the weekend, it says.