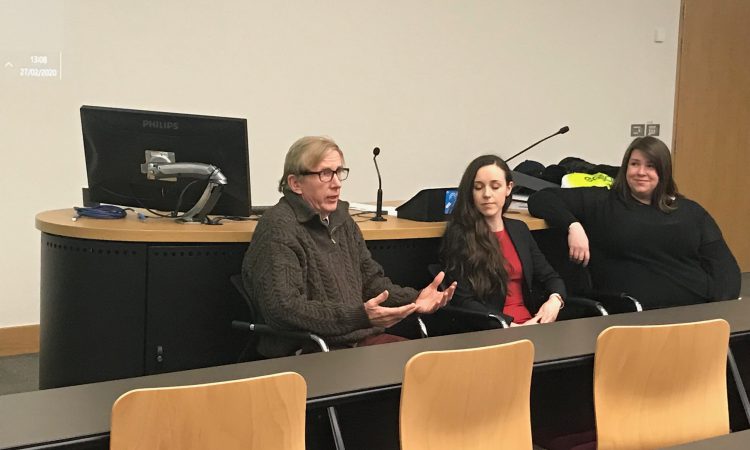 The Irish agricultural sector needs to mind its “clean and green” image – and build on its family farm and high animal welfare standard, according to agricultural sustainability experts.

In a sustainability panel discussion on “Are vegan diets better for us?” organised by Healthy UCD and UCD Nutrition Society, the topic of the Irish meat and dairy sector, its image and its sustainability were discussed.

The talk comprised a panel of experts including: Dr. Patrick (Paddy) Wall, Professor of Public Health in UCD; Maeve Hanan, a registered dietitian and owner of Dietetically Speaking; and Dr. Kirstie McAdoo, head of education and research at Airfield Estate.

“We have this slogan Origin Green – the little green island on the edge of Europe with cows doing Riverdance and all that.”

Pointing to the importance of looking after the animals properly, he said:

We don’t have the slogan – but we should have – that ‘an animal in Ireland has a better life than it would experience anywhere else in the world’.

“We have work to do in Ireland to look after the animals for those people who are happy to eat meat but want to make sure the animals are well minded.”

Later in the discussion, Dr. Wall highlighted the need for Irish livestock farmers to up their game and look after what sets Ireland apart:

“A lot of people like eating meat because they enjoy it – but they don’t like to think too much about it and they’d like to think that the animals had a good life and they’re not destroying the environment.”

The UCD professor highlighted that Ireland’s Origin Green is based on the image of happy cows grazing in green pastures – however, since the abolition of milk quotas in 2015, the numbers of these cows have increased dramatically.

In a tongue-in-cheek comment, the professor noted that, with cow numbers up, manure levels also start rising – which is obviously not a good thing if there’s too much of it:

If you double the size of your herd, your farm hasn’t got twice as big…so Origin Green is in danger of becoming ‘Origin Brown’.

“Our green credentials are actually traded upon – and the family farm model. This is actually where farmers look after their own animals.

“But once you start getting into large numbers, it’s actually verging towards factory farming.

“That’s not what made Ireland; that wasn’t our point of differentiation on a global stage – so we have to mind that [differentiation],” Dr. Wall stressed.

Dr. McAdoo also weighed in on the topic, underlining the importance of balance in the food debate:

“There’s a balance to be struck between feeding people and animal welfare and making sure that the food is [safe and healthy] – there’s a food security risk as well.

I’m fine with the idea that organic is the gold standard and what’s out there is really important in making sure that every animal has a huge amount of space to roam and all the rest – but in reality we can’t farm organically and feed the global population as well.

“There has to be a balance struck if we’re going to look at animal products as part of our diet.

“Balancing that out between feeding people and making sure the animal has a good life,” Dr. McAdoo stressed.

“In Ireland, we’re very lucky at the minute; we have space to have cows out in the fields – but greed is always there.”

The head of education and research warned of the need to avoid steering towards a factory farming set-up similar to American systems.

If we want to eat meat, eat it – but maybe make sure that it is sustainably sourced, and not necessarily just mass-produced.

“But also at the same time if you’re vegetarian and you don’t want to have to make that choice then that’s fine too,” Dr. McAdoo concluded. 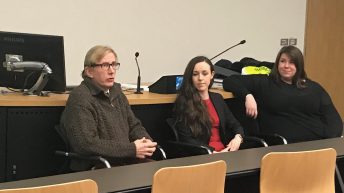