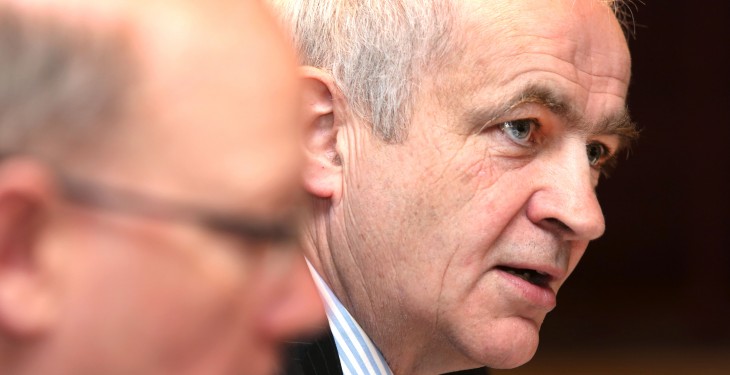 IFA President Eddie Downey has stepped back from his role of IFA President tonight, just days after its General Secretary Pat Smith resigned ahead of his pay packet being revealed.

Tim O’Leary, who is stepping into Downey’s role said the association is committed to ensure the pay scandal will never occur again.

He said farm families were owed an apology and the IFA was not “strong enough”.

73% of respondents to an Agriland poll said that IFA President Eddie Downey should resign in the wake of the IFA pay scandal.

In a poll that ran over the weekend, 27% of respondents voted that the President should not resign on the back of the revelation that the salary of the former Secretary General was €535,000 in total for 2013.

The resignation of Smith came in the wake of calls from grassroot members of the IFA and one of the most senior members of the organisation to make known to its Executive Council the salary of key management personnel including that of Smith.

In a letter, written by well-known IFA figure Derek Deane to the IFA’s Executive Council, and available here, Deane said rumours of a remuneration package in excess of €400,000-a-year, had been put to him, as the possible remuneration package of the IFA’s General Secretary and he questioned that if the figure was true how the IFA could stand over this.

According to Tim O’Leary these figures are under review.

“The remuneration package of any future IFA General Secretary will be disclosed and will be a matter of public record in the annual accounts.”