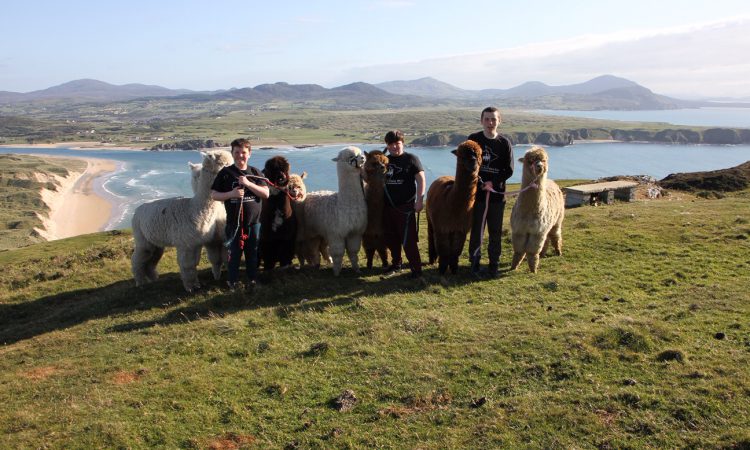 “If you’re seeking that perfect staycation this year, why not take the road north along the ‘Wild Alpaca Way’ to Donegal,” is the call of John McGonagle, whose outdoor family activity in the Inishowen Peninsula is capturing the imagination.

“Although only started last year, it has quickly gained momentum. The Wild Alpaca Way is a unique walking experience here in the most northerly part of Ireland at Malin Head. Your walking buddies are alpacas – small, fluffy, long-necked camels without the humps,” said John.

In 2014, the sheep farmer bought 50ac of raw and rugged landscape overlooking the dramatic coastline at Knockameny Bens, Malin Head. It hugs the road known as the Inishowen 100 drive, just off the main Wild Atlantic Way coastal route.

John, assisted by his wife Patricia and three sons, Danny, Aidan and Sean, has developed an alpaca trekking experience along a section of the land that offers view of Five Finger Strand and beyond, attracting visitors from around the world.

“I had thought of going into glamping but as this is a special area of conservation (SAC), I couldn’t go ahead with that.

“After a conversation with someone about alpaca trekking, I researched alpacas and started off with two males – Badger and Bounce – that I bought from Roger Clarke in Tyrone in March 2019. I bought more in Fermanagh and Mullingar and last winter I bought four cria – juvenile alpacas – in Belfast. I now have a total of nine,” said John.

There are similarities between alpacas and sheep. They both need to be sheared and dosed. Alpacas are curious, placid animals. They make their own toilets in the one part of the field and they are easily kept. They like grass nuts for treats. They are the perfect walking companion and people love getting their photographs taken with them.

Appreciative reviews rolled in about the sense of freedom and physical and mental well-being gained from the trekking, John, who formerly worked as a plasterer, said. Visitors relish the panoramic views and the contentment of walking the soft peat trails with the alpacas. There is a shelter on-site for question and answer sessions.

“This area has a lot to offer visitors. One of the locations for the Star Wars film is just 3km away and Doagh Famine Village as well as Banba’s Crown lookout tower are also nearby,” said John. 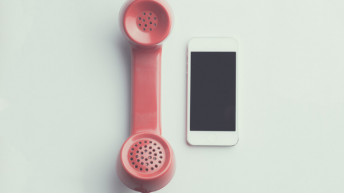