Small farmers struggling to make ends meat, is not a problem isolated to us here in Ireland. On a recent study trip to continental Europe with the new Common Agriculture Policy and organic agriculture in mind and organised by the press core in the European Commission, AgriLand found that farmers across Europe face many of the same challenges such as price volatility, retailer power and sky-rocketing input costs.

Diversification is the means by which one such small farm in Holland has been able to create a sustainable living. The farm in question belongs to the van den Broek family. It was originally established in the early 1900s in southern Holland near the city of Tilburg. The farm originally kept a few dairy cows, pig’s chickens and a work horse as well as some arable crops. Today the farm is a modern organic operation run by his Grandson Jan, wife Cecile and their son Niek van den Broek.

In 1998 the production methods on the farm changed from quite a large dairy enterprise through the 1970s and 1980s to completely organic farming. The farm now comprises of a suckler beef herd of Blonde d’Acquitaine cows, whose offspring are finished to beef. The family also keep some lambs, which are bought in and also finished over the summer on grass.

Interestingly another significant and diverse part of the business is a well-equipped farm kitchen where groups from 12 to 80 people can cook with professional support. The family even host BBQs in their yard.

Behind the farm, the tree orchard has been restored with authentic ancient fruit varieties and the family also have a small herb and vegetable garden were they grow cabbages, pulse crops, potatoes, carrots, strawberries, fruits and other leaf baring vegetables for sale in the shop.

The farm itself has approximately 80 cattle and 30 sheep. In the area there is a close cooperation with the State Forestry Administration and other nature reserves, which allows natural grazing in the forests with the cows in exchange for manure and feed. The family have access to 300ha of this land.

The pastures of the home farm are also grazed by the herd of cows with calves and bulls. It consists of 75 hectares. According to Niek: “Once every four to five years, the pastures are ploughed to sow a crop of grain.” He notes this takes advantage of the Nitrogen rich soil due to clover with is sown extensively on the farm.

Niek intends to take over the business from his parents in the coming years and wants to continue with the organic philosophy. He believes the new retail space and processing will provide a good living and he intends to be the fourth generation to farm the land. 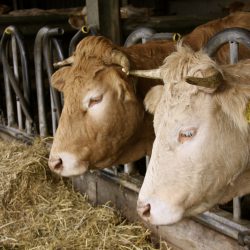 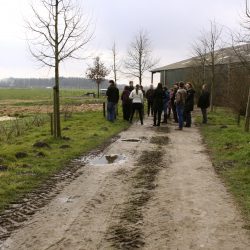 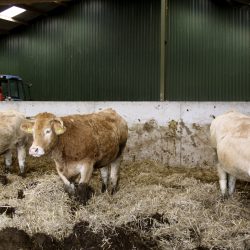 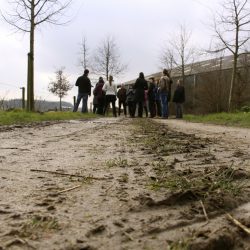 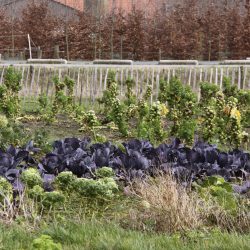 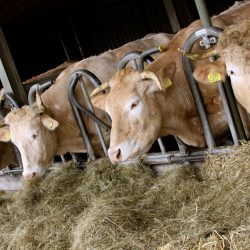 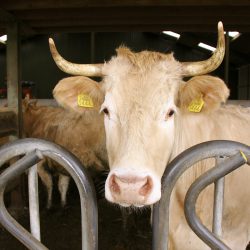 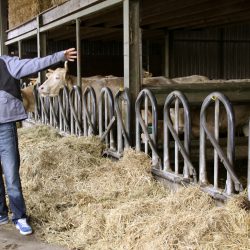 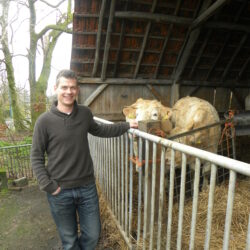