Minister for Agriculture, Food and the Marine Micheal Creed indicated this week that the imposition of limits on the distance fallen animals can be transported is necessary “for compliance with all animal, public health and environmental regulations”.

Minister Creed expressed the sentiments after Fianna Fáil agriculture spokesperson, deputy Charlie McConalogue, asked him about the regulatory overview in primary and secondary legislation “with respect to the 125km radius haulage distance limit”.

The minister said a review of the Fallen Animal TSE Subsidy Scheme was undertaken in 2013 – in consultation with stakeholders.

This focused on: testing requirements; Animal By-Product (ABP) regulations; budgetary considerations; the need to maintain competition; and the need for an adequate collection and disposal infrastructure including the availability of adequate rendering capacity especially in the event of a serious (Class A) disease outbreak.

A number of changes were introduced to the collection of fallen animals under the scheme in 2013.

He continued: “Those included enhanced compliance provisions and putting limits on the distance material can be transported while maintaining a competitive aspect.

“The Fallen Animal TSE Subsidy Scheme is an integral part of the infrastructure underpinning Ireland’s successful livestock and meat processing industries and the rules and regulations are solely the responsibility of my department.”

The minister went on to say that the scheme ensures, primarily, that fallen bovine animals over 48 months – that must be BSE-tested in accordance with EU legislation – are disposed of in compliance with all animal, public health and environmental regulations.

An operator is free to dispose of animals not eligible under the Fallen Animal TSE Subsidy Scheme to a licensed plant of his choice.

Minister Creed concluded: “The arrangements made are a commercial matter between them.” 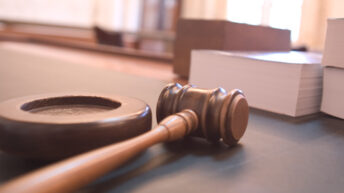 Farmer accused of starving sheep after discovery of 35 deaths