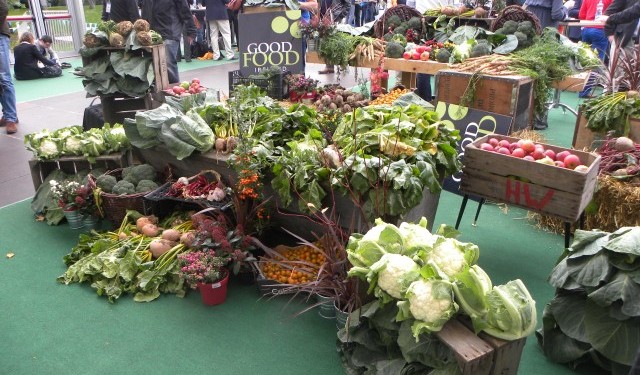 GOOD FOOD IRELAND FOOD SUMMIT: The importance of having a strong understanding of digital media for agri-food companies was underlined by Peter Ward, owner of  Nenagh-based Country Choice, at the Food Summit in Herbert Park today.

Speaking to AgriLand, Ward said: “To reach the category of people that are here today, you have to be very savvy with social media. All these delegates are extremely social media friendly. No matter what you’re selling or where you’re selling, you need to have a good social media programme in place to reach this type of a client.

“It’s an amazing occasion,” Ward noted. “We’re feeding 8,000 people a day and have with 60 producers on-site. Some of the best producers and chefs in the country are working with us here today.

“The challenge is all these delegates are in a small corner of Dublin for two days. How do we give them an overall Irish food experience? We decided to try to bring the four corners of Ireland in terms of food to them.

He explained: “These people are being served by some of the most famous people in food in Ireland. That is very exciting for a visitor to Ireland. So we’ve pulled out all the stops to get the great producers up and to get the great hoteliers up and showcase the best of Irish food. It demonstrates not only to the visitors, but also to our hospitality sector, that the product is in this country. If they’re just willing to be honest and pay a few bob more for it,” he added.

Ward, who is also a director of Good Food Ireland, set up Country Choice in 1982. “We would be well known from events such as Bloom and many agricultural shows. We’re 31 years promoting local sustainable Irish foods.”

Country Choice is an independent delicatessen, cafe and supply business. In recent years , it has also moved to sourcing products from small artisan producers. The company also sells and sources a growing range of organic ingredients for its kitchen and an ever-increasing range of own-brand products such as olive oils, tomatoes, vanilla and coffees and so on.

On the impact of the Recession, he noted: “There’s a bit of an improvement. I’m an eternal optimist. I see a bit more confidence in my customers. Certainly the good summer helped. The autumn is also very good with lots of apples and tomatoes. The rain has gone, the misery is gone and I think there’s a bit of a lift in people.

“The early Budget 2014 made an awful difference compared to last year. Going into Christmas people know what they have to spend. People are dying to shed the grey coat and get on with life,” he concluded.