This year, Diageo will use approximately 140,000t of Irish barley across its entire range – that includes malt, barley for roasting and barley for milling.

He told AgriLand this is because Irish malting barley is, put quite simply, the best there is.

That’s absolutely our preference, basically because the quality is the best that we’ve come across.

“Where mother nature has occasionally forced us to bring in some imported barley we’ve never had any hesitation in wanting to go back to Irish barley exclusively, as quickly as we can.”

Aidan acknowledged that last year malt was imported due to lower yields, as a result of the summer’s drought, but once Irish barley could meet supply it was used once again.

“Last year, because of the very dry summer, we did import a significant amount of French malt to supplement Irish barley. Every single one of us in the brewery were looking forward to getting back to using Irish malt because it works better.”

“We roast about 38,000t. We roast it here. We have the largest barley roasting operation in the world. Not too many people can roast barley at our scale, but it’s a critical part of most of our products.”

Guinness continues to be Diageo’s biggest brand by far

“Guinness is still by far and away our biggest brand,” Aidan commented.

The brewery this year will probably produce about 7.1 million hectolitres; just under 5 million will be Guinness.

Among the rest of the product range produced at Diageo are: Smithwicks; Harp; Kilkenny; Hop House 13; Rockshore; and lots of other brands as well as a couple of franchise brands such as Carlsberg and Budweiser.

Aidan noted that the craft sector has injected a whole new interest in beer. He stated that Diageo has tried to appeal to a wider spectrum and the Open Gate Brewery is a very important facility where Diageo can test and create new products. 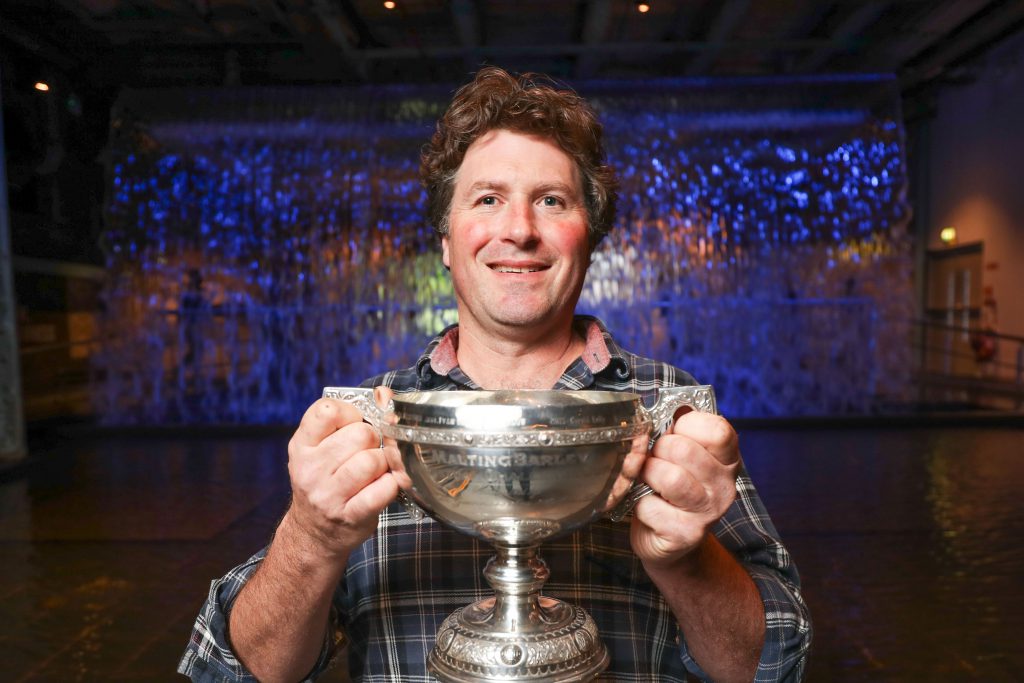 Malting barley price is something that often makes the headlines. In recent years, some farmers moved away from malting barley. Last year, saw a new pricing structure introduced and farmers who availed of all price offers were paid an average price of €174/t for brewing barley.

“The issue of price is an issue for Boortmalt and the growers. It’s not something that we’re involved in. We pay Boortmalt a premium for barley and for malt and we’re glad to do that,” Aidan stated.

Fundamentally we want a sustainable barley business in Ireland, because that’s good for us and obviously art of that sustainability is ensuring that enough growers see enough value to produce what we want.

“That’s an issue fundamentally for Boortmalt and the growers and we welcome the fact that there’s an agreement in place this year, which I think people seem to be broadly supportive of and we understand that that’s important for the future as well.”

“It’s not in anyone’s interest for people to look at barley growing as something that’s not sustainable,” Aidan added.