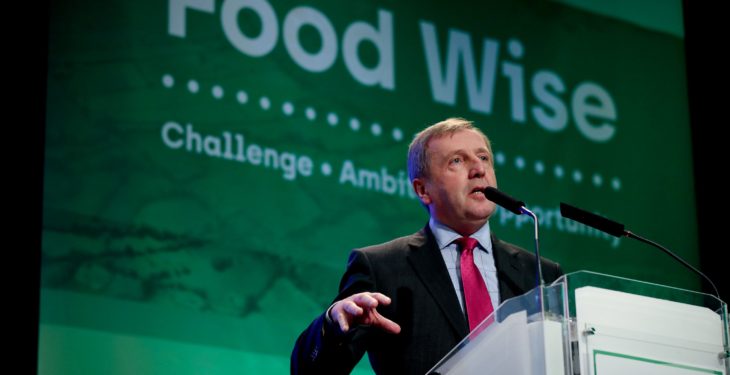 Minister for Agriculture, Food, and the Marine, Michael Creed, has hit back at planner criticism over delays in the issuing of GLAS payments.

Last week, the Agricultural Consultants Association (ACA) stated that computer errors and problems with training day payments are to blame for the hold up in installments.

Almost 10,000 applicants in the Green, Low-Carbon, Agri-Environment Scheme (GLAS) are not currently eligible for 2017 advance payments.

However, speaking the AgriLand, Minister Creed refuted the accusations.

To be honest, we’re a bit frustrated now because the finger is being pointed at us unfairly. We have said ‘send us in your nutrient management plans and register in terms of your commonage’.

“We don’t want the full thing; but, we need to know that you are engaging and that is the job of planners. It’s becoming difficult to take that the department is being scapegoated when it is not our fault,” he said.

However, the ACA claims that payment delays are due to errors on computer systems at the Department of Agriculture, Food and the Marine.

Speaking to AgriLand, Laura Johnston president of the ACA said: “Discrepancies between digitised maps on the GLAS and Basic Payment Scheme (BPS) systems have not been able to match up – leading to payment delays for a large number of farmers.

Payment for GLAS training days are required to be completed before the end of the year. If participating farmers miss the deadline of December 31, their 15% balancing payment will be withheld until the appropriate training is complete.

At present, GLAS training is carried out by ACA facilitators.

The understanding is that the department lodges relevant payments for each participant. The facilitator is to be paid out upon completion of this course day – a figure of €158 per farmer – along with payment to the facilitator, of €80 per attendee.

However, Johnston contends that no GLAS payments have been made to any trainer for the training day – despite assurances given by the department last September.

“Quite a number of consultants are out of pocket as a result,” Johnston said, referring to facilitators organising venues, guest speakers, refreshments and administration without remuneration to date.

“While there are indications of moves being made to pay farmers, there’s no sign of payments for consultants at all,” said Johnston, adding that there’s been “no communication” from the department on the matter at all.