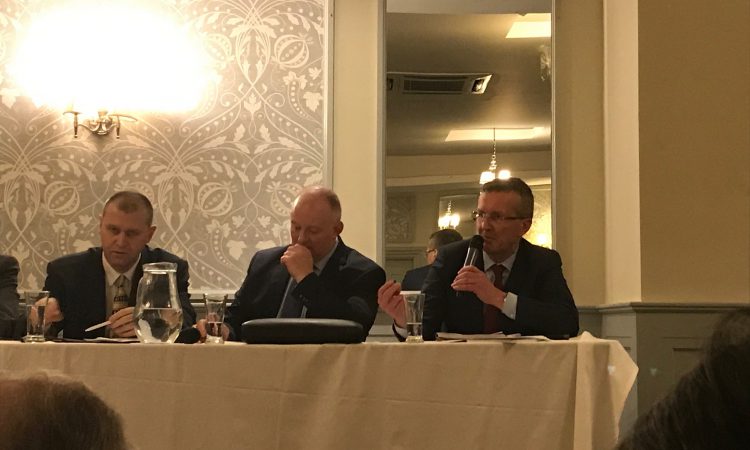 The long-awaited report into the beef sector that was commissioned by the Irish Farmers’ Association (IFA) to be done by economist Jim Power was delayed by organisation members and will be published in the coming weeks, according to IFA president Tim Cullinan.

Speaking to attendees at Laois IFA’s annual general meeting (AGM) on Monday night, February 3, Cullinan outlined, during a questions and answers session with attendees, that the report had been delayed by the former chairman of the IFA National Livestock Committee, Angus Woods.

Speaking to a member of the livestock committee in Abbeyleix, the president said:

On the Jim Power report, there was a decision made by your chairman that he didn’t want it coming out during the election – which was fair enough, in fairness to everybody – and it will be coming out over the next number of weeks.

Outgoing Laois IFA chairman Francie Gorman also commented on it, saying: “An add-on to the Jim Power report is the [Beef Market] taskforce has taken the decision to kind of do something similar so I think we’re probably, is it fair to say, we’re holding on till we see what they do first.”

A draft of the report was submitted to the IFA by Power last October, with members voicing calls for it to be published as soon as possible on the night.

Responding to concerns from Laois IFA members of a disconnect with the livestock committee and the national board of IFA, Cullinan was clear with his response: “You said the board didn’t pick up – the board did pick up.

Continuing, Cullinan stressed: “The board wasn’t found wanting and in fairness it was the board that pushed to do the report – and you know this as well as I do – there was huge resistance in that committee to do any report on it.

I’m being straight up here lads – and I was straight up during the campaign. The board met huge resistance from senior people in that committee to do the report.

“We gave from 2:00pm til 5:00pm of a cold evening and there was a report pulled out of a drawer,” the president said.

“It was a French report and the report said: ‘There’s nothing in it for the supermarket, there’s very little in it for the factory, and you should be damn glad to be getting what you’re getting, so we’ll go to Brussels to get more money’.

“I think someone made the point here a while ago that we had a BEAM [Beef Emergency Aid Measure] scheme – and what did the factories do when they saw the farmers were getting the few bob? ‘Sure this’ll be alright to keep them going’.

They took the money – Larry Goodman took the BEAM money; don’t have anyone think anything else – that’s where the money went.

“There’s been a massive income crisis out there; I’m talking to people all the time that are absolutely struggling for cash-flow. We haven’t done enough for them – and the communications system to deliver something in the farm centre has not worked,” he said.

Following further interaction, Cullinan said: “I do believe things could have been done different in what happened to the livestock sector.

“I want to come out and listen to the people, and drive the thing on,” the president said. 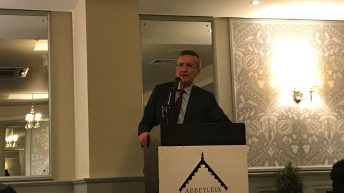 Cullinan: ‘I’ve spoken to 2 factory CEOs…and have a line in with ABP’