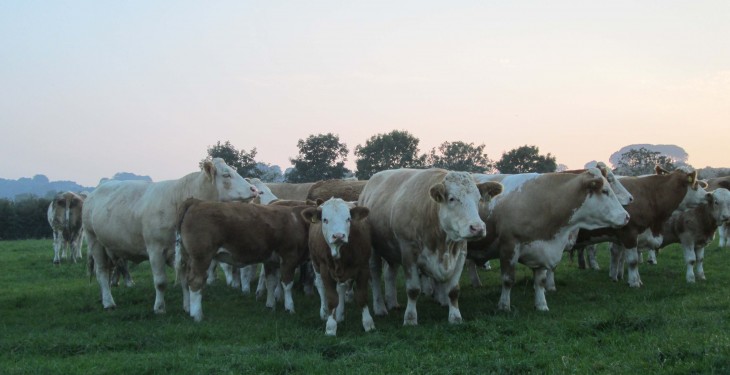 In 2014, the EU suckler cow herd declined by 350,000 with the shift of suckler to milk cows is more pronounced in Ireland, according to European Commission’s Short-Term Outlook.

As the suckler cow herd decreased, dairy cow numbers saw their numbers increasing by 240,000 head according to the updated livestock survey of December 2014.

The conversion from suckler to dairy is most pronounced in Ireland, which is followed by the UK, the Netherlands, Austria and Italy, the outlook found.

On the other hand, the outlook found that France and Spain increased both their dairy and suckler cow herds.

The Commissions outlook attributes the increase in female slaughterings to the low milk prices and the ongoing restructuring of milk production systems.

Advertisement
The most pronounced increase in beef meat production was recorded in Hungary, Bulgaria, the Czech Republic, Estonia, Lithuania and Romania, it found.

The effect comes mainly from an increase in the number of heads slaughtered but also from higher carcass weights.

According to the outlook, although the increase of slaughterings in percentage points is smaller in the EU-15 (+2.8%), the absolute volume changes are still larger than for the EU-N13 and can be attributed to Italy, Spain, Austria, Belgium, but also Portugal.

On the other hand, the figure for the EU-15 hides declines of slaughterings of cows and heifers in Ireland and the Netherlands, followed along this road by the UK, resulting in an increase of the dairy herd.

Overall, total EU beef production could increase by close to 2% in 2015, as EU production capacity has risen and the impact of the herd changes is lagged in time due to the longer production cycle, according to the outlook.

Therefore, a potential increase of 0.6% in beef production is also foreseen in 2016. Moreover, the low level of the milk price in the EU may lead to the culling of cows and heifers and add additional beef on the market, it found.