Organic farmers call for a relaxation of the annual certification process

The current annual organic certification process is not necessary and should be changed, according to Padraic Finnegan, Chairman of the Organic Farmers Representative Body.

Speaking at a recent Agriculture, Food and the Marine Oireachtas Committee Meeting, Finnegan said the  certification should be carried out on a risk-based system, where farmers most at risk of breaking the organic requirements should be inspected.

Presently, he said that farmers must receive organic certification on yearly basis, which involves an annual inspection from one of the five certification bodies.

He added that this risk-based method of assessment has already been approved by Europe and it now rests in the hands of the Department of Agriculture.

Finnegan was also critical of the payments the organic certification bodies receive.

According to Finnegan, some farmers are paying between 9-25% of their organic payments back to certification bodies. 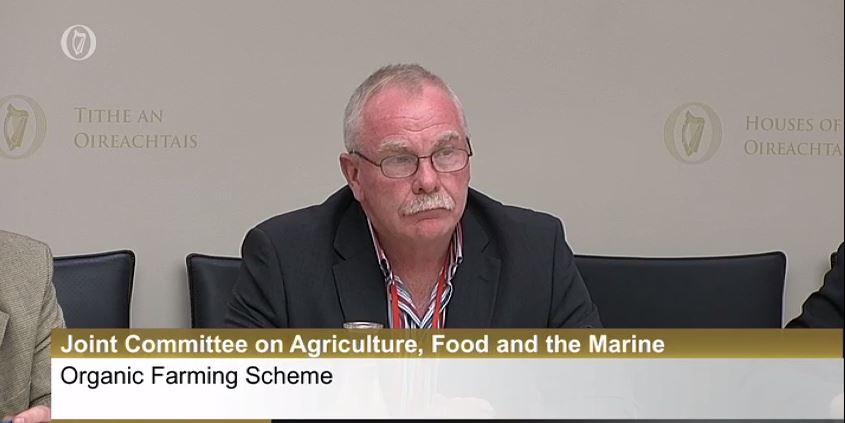 The Chairman of the Organic Farmers Representative Body also said that the organic scheme in its present form is completely biased in favour of the bigger farmer which is detrimental to smaller operators.

“The introduction of double funding across both GLAS and the Organic Farmers Scheme has impacted very severely on smaller hectare farmers.

“They can no longer benefit from both schemes, this severe financial cut has been imposed on the smaller producer,” said Finnegan

Finnegan added, that they are merely looking for the money to be distributed fairly among the 1,500 organic farmers, which will allow the smaller farmers to continue in organics.