There are fears that the post-quota era will see farmers leave winter milk production, according to the Teagasc dairy specialist, Joe Patton.

At the launch of the IFA’s Liquid Milk Handbook he particularly cited the most efficient winter milk producers as those which could be most likey leave the sector.

“The risk and it’s something that we need to be aware of is that these producers will vote with their feet. Post quota, they’re going to move and their decisions are allowing them to move to an easier spring calving system. Because their system is already like that.

“The guys on the other side of the coin are stuck in a liquid milk system is what a lot of people would say to me.

“We need to be aware that if we put a system in place for a long-term.

“We don’t want to have a situation emerging where the most technically efficient liquid milk farms see their best option as exiting the industry.” 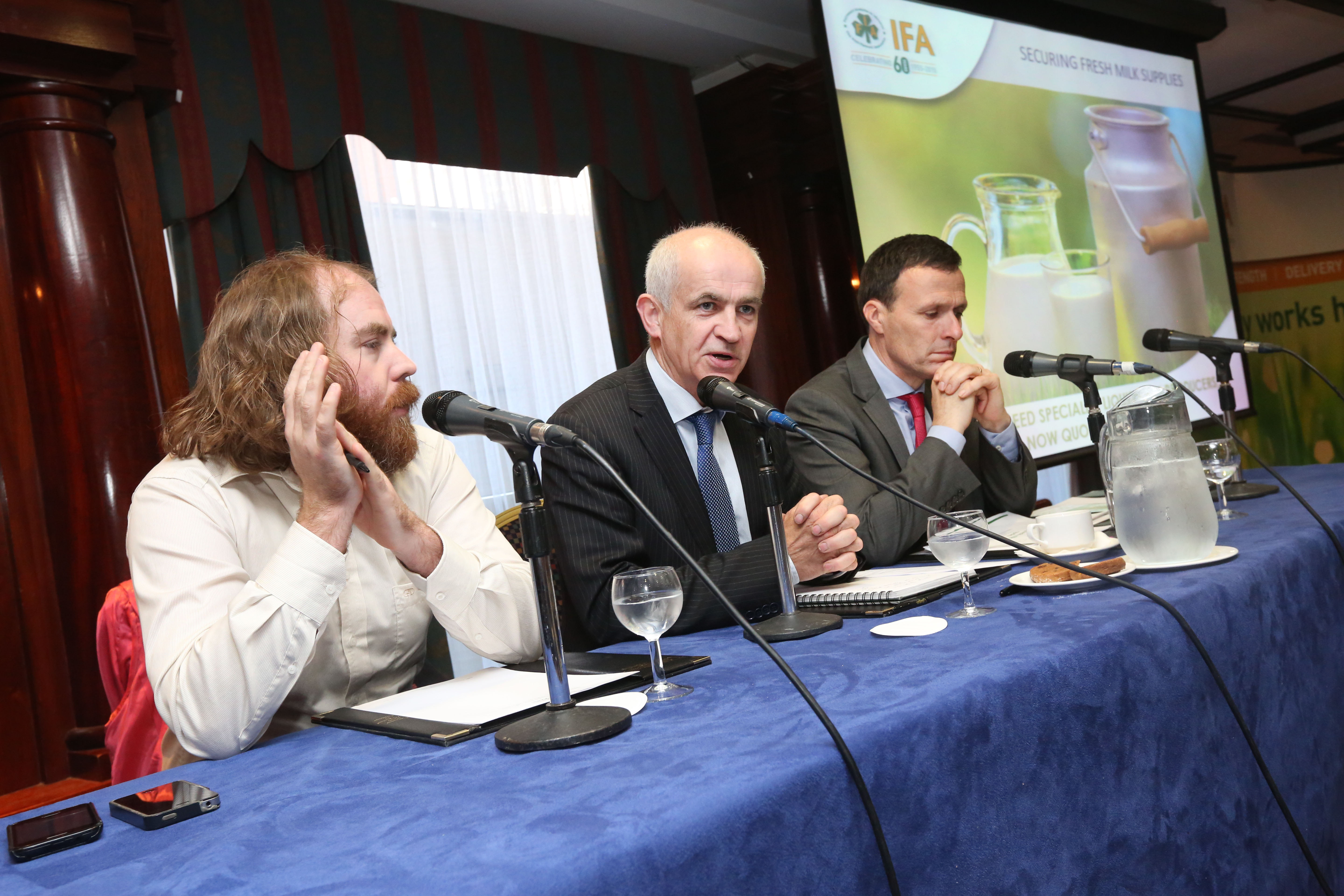 According to Patton it all comes down to what’s the value of the best alternative.

“Why do what you’re doing now? Could you not do something else?”

Patton said in a post-quota environment these guys will have opportunities and will have decisions to make.

“In some cases some of these liquid milk farms will be best served by exiting the sector. But, on the other hand, the farmers that are staying in it, they need some clarity and some certainty,” he stressed.

Who wants to be milking cows all year round?

In his extensive presentation at the event, Patton also touched on the labour considerations that farmers are now taking into account when deciding whether there is a future for them in liquid milk.

He said at this stage some people are saying it’s all about puting a euro value on the labour while for others it is a question of the overall lifestyle, personal workload and stresses involved.

“It’s almost an insult to some people to put a figure on what that is. It’s going to be different for everybody.

“Some people like milking cows 365 days of the year.

“However, especially coming into the next generation and there are a lot of successors out there, lifestyle is vitally important.

“A farmer recently said to me that ‘it would take a hell of a premium to go back to liquid milk’ simply because of the lifestyle aspect.

“It is crucial that the labour aspect is taken into account in any discussions for the future of the sector,” he said.