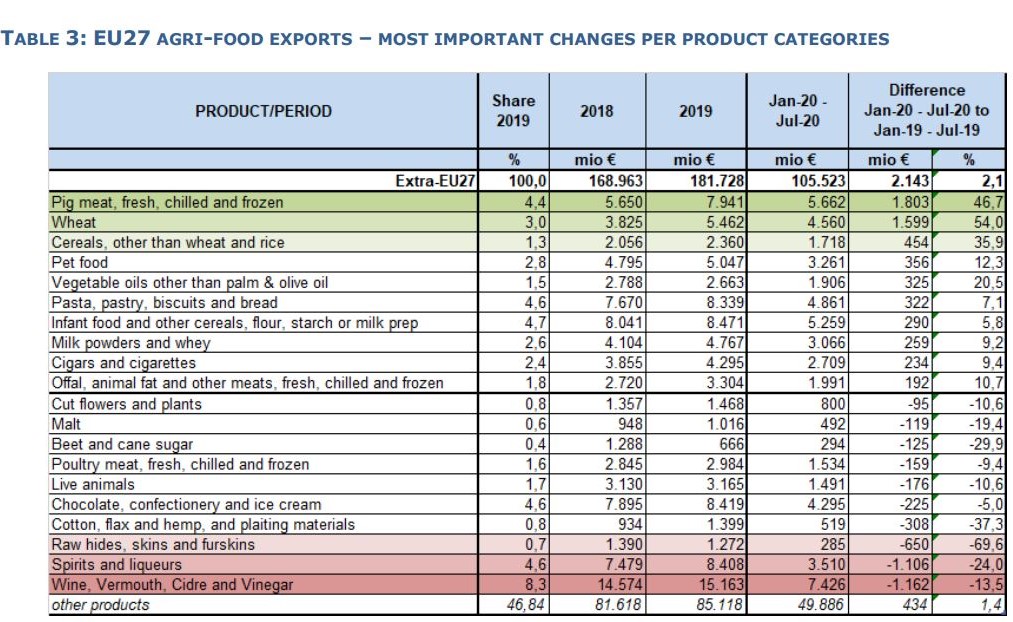 Chinese and other markets

China continued to be the largest destination of growth for EU agri-food exports. Increased sales of pig meat; wheat; offal meat; and infant food propelled a growth of €2.55 billion compared to the same period last year.

EU exports, such as barley and wheat, also performed strongly in the Middle East and North Africa (MENA) region, most prominently in Saudi Arabia, Morocco, and Algeria.

The value of EU agri-food exports also rose in Switzerland and Ukraine.

A decrease of €452 million was recorded in the value of EU exports to the USA, led by spirits and wine; fruit juices; and cheese, while the value of agri-food imports dropped by €451 million, mainly due to a fall in the EU’s intake of US soya beans.

The value of agri-food imports from the UK fell by €927 million and the value of EU27 exports to the United Kingdom fell by €359 million.

Spirits and liqueurs; pasta and pastry; and chocolate and confectionary were among the main product categories that experienced declines.

The strongest growths in export values were recorded in the cases of pig meat and wheat, followed by coarse grains; rapeseed; and sunflower oils.