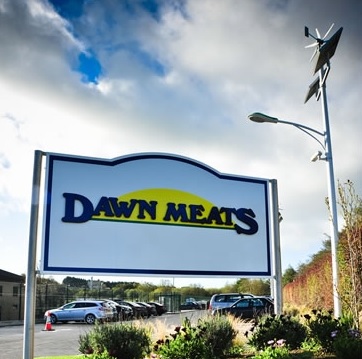 Dawn Meats has received approval by the EU Competition Commission to acquire a 49% stake in the French meat processor Elivia.

Elivia, which is owned by French co-op Terrena, employs 2,600 people and has annual revenues of over €1 billion.

The agreement with the French processor includes an option for Dawn Meats to increase its stake in Elivia to 70% by 2019, it says.

This acquisition positions Dawn Meats to double in size to a business with revenue over €2 billion within four years, it says.

Located in Western France, Elivia is a major player in the agri-food sector in France. Dawn Meats says that Elivia will continue to be managed by its current Chief Executive, Guy Wermeister.

CEO of Dawn Meats, Niall Browne, said that in a consolidating industry it believes that this deal brings considerable scale and knowledge sharing benefits to both parties.

“Our aim is to leverage our leadership position in traceability and sustainability so that we are at the vanguard of meat marketing internationally.

“Our scale, premium positioning and routes to market will benefit our customers and thousands of farmer suppliers in Ireland, the UK and now, via Elivia, in France,” Browne said.

Dawn Meats is a premium meat processor and supplier of choice of premium Irish and UK red meat to a range of leading supermarkets, food service businesses and restaurants in Ireland and the UK.

The company exports to 40 countries around the world.