A deadline date for the cheques to be drawn in favour of shareholders has been set by the board of Kerry Co-op.

According to the board, cheques will be available to the shareholders – who opted to sell their shares – for collection by appointment no later than July 22.

A payout of an estimated €90 million will be distributed amongst the eligible shareholders, according to a spokesperson for the co-operative.

Also confirmed – with a deadline date of July 22 – is the return of Kerry Co-Operative Creameries share certificates to the applicants who were unsuccessful.

The board of Kerry Co-Operative Creameries Limited proposed the introduction of a Share Redemption Scheme to commence in 2019 that would allow all shareholders the opportunity to redeem their ordinary shares for cash.

According to the board, the scheme “recognises the evolution of Kerry Co-Operative Creameries Limited and the differing ambitions of shareholders”.

The board also acknowledged that the scheme “will value ordinary shares on a predetermined multiplier of Kerry Group shares”.

The move comes following a level of confusion at the Co-op’s Special General Meeting (SGM) where three votes were held on rule changes.

Last week, on June 19, the board of Kerry Co-operative Creameries Limited released a statement announcing that members voted in favour of the necessary rule change to progress with the introduction of the Share Redemption Scheme.

According to the statement from the board, the passing of the first resolution at the SGM – by 62.81% – “paves the way and gives the green light for the introduction of the scheme”.

The statement from the board of Kerry Co-op arrived following initial confusion that the move was rejected at the meeting.

Continuing, the statement from the board said: “Applications for the scheme have exceeded all expectations with 1,475 applications being received by the co-op. All applications will now be processed in full.” 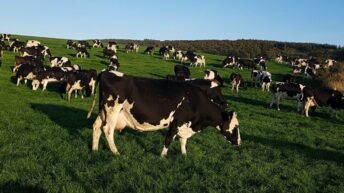