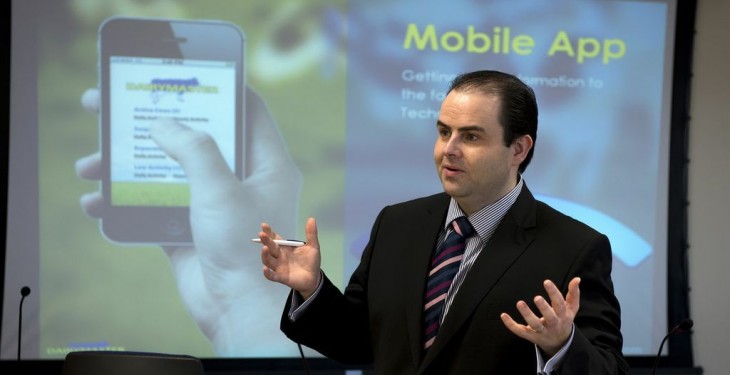 Ireland is to be represented at the Global Forum for Innovations in Agriculture (GFIA) in Abu Dhabi by Dairymaster and its CEO Dr Edmond Harty.

Bringing together more than 2,000 participants from 62 countries the GFIA will focus on how we can continue to feed the world’s population as it continues to grow and the quantity of arable land remains the same.

“This reminds me of the Dublin Web Summit, except for agriculture and with a guarantee of good weather,” said Harty. “Food security is a serious problem. We’ll have nine billion mouths to feed by 2050. However it’s a problem that can be solved and Ireland should be at the forefront of doing so.”

Harty will be rubbing virtual shoulders with Bill Gates, who will be appearing via hologram, as well as meeting innovators such as Dr Mark Post in the flesh. Dr Post is the man behind the lab-grown beef burger that made its debut in 2013.

Taking place on 3-5 February the event will feature 180 speakers spread across four theatres and will be attended by delegations from 20 governments. among the topics to be discussed include wearable technology, stem cell breakthroughs and 3D printed meat.

According to the organisers, it is set to become part of the annual calendar for major international conferences.