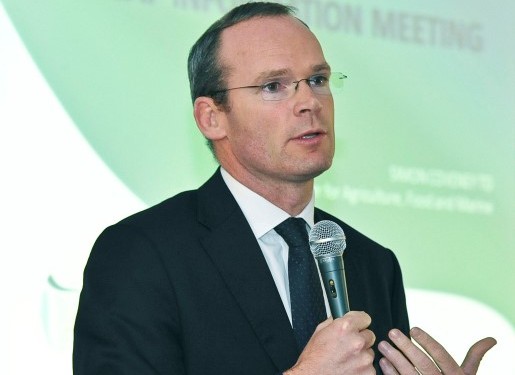 Staffing levels in the Department of Agriculture has fallen by more than 1,600 since 2005, a reduction of one third over nine years. In addition, according to the Minister for Agriculture, Simon Coveney, who spoke this afternoon on expenditure for 2014, the cost of running the department has fallen by €88m since 2008.

The estimates, which were discussed today at the select Oireachtas Committee on Agriculture, outlined it will cost some €1.2bn to run the department in 2014.

Speaking at the committee, Minister Coveney said: “There will be a modest fall [in expenditure] in 2014 on my department, reflecting the ongoing budgetary constraints. It’s also worth reflecting that some agri-environment schemes are coming to an end of their natural lives.”

According to the minister: “The department continues to reduce the administrative cost of funding its programmes for famers and the agri-food sector.” It estimates the cost of running the department will fall two per cent in 2014 to €216m. Within this the department hopes to make significant savings in salaries and wages, which make up the majority of its expense on administration. It estimates this element of the budget will fall four per cent in 2014 to €167m.

The estimates for 2014 also provide for a significant €23m spend on IT and office equipment up 18 per cent on 2014. The minister noted: “The increased spend is due to implementation of the new Common Agricultural Policy and Common Fisheries Policy, which will involve a complete redesign of the current systems.”

“When drafting the estimates I was particularly conscious of a number of key areas including vulnerable sectors.” He outlined that the department was committed to supporting the suckler sector in particular and has provided significant funding for that sector.