Funding from Northern Ireland farmers ‘pump-primed’ 13 practical research projects in the past financial year, when AgriSearch committed £491,148 sterling to research for which further funding of £2.84m sterling was available from other sources.

Speaking at the organisation’s annual general meeting this week, chairman James Campbell pointed out that the levy used by AgriSearch, the Northern Ireland Agricultural Research and Development Council, had been unchanged since 1997. Recently AgriSearch has combined with other organisations to fund research.

“For example, in the major new study on Liver Fluke in cattle, for which assistance has been approved by the UK Biotechnology and Biological Sciences Research Council, AgriSearch has joined forces with other British farming organisations EBLEX, DairyCo, QMS and HCC to add weight to the case for work of huge potential value to every milk, lamb and beef producer in these islands.”

The AgriSearch chairman also referred to several projects co-funded by the Department of Agriculture and Rural Development.

“Including these other sources of funding the total investment on research and development supported by AgriSearch since its formation in 1997 is more than £20.7m sterling.

“Those serving on the AgriSearch board of trustees and our beef, sheep and dairy advisory committees aim not only to encourage research and development of real relevance to farm businesses – they are equally adamant that knowledge gained is transferred to levy payers.

“During the past year 12 farm walks, six beef, three sheep and three dairy, were organised in conjunction with the Agri Food and Biosciences Institute, AFBI, and the College of Agriculture, Food and Rural Enterprise, CAFRE.  AgriSearch also worked with CAFRE on conferences and events marking the centenary of Greenmount College.

“In bringing together farmers, researchers and advisers AgriSearch is working in the way that the European Commission now proposes for ‘operational groups.’ These ‘operational groups’ will have a key function in the proposed new EU programme to improve the uptake and implementation of agricultural research and innovation.

“Under these proposals there could be a role for AgriSearch as an ‘innovation broker,’ which would leave Northern Ireland well placed to source funding from the EU Horizon 2020 programme. It may be necessary for this to be done through joint programmes involving at least three EU member states and the scale of funding involved would be far beyond anything currently administered by AgriSearch,” James Campbell told the AGM.

“Another strand of the EU proposals envisages establishment of ‘operational groups’ at local level. With this in mind, AgriSearch should be in a position to obtain support from the 2014-19 Northern Ireland Rural Development Programme.

“Also at provincial level, our efforts could ‘dovetail’  with  some recommendations from the Agri Food Strategy Board for Northern Ireland urging the regional government to commission research into measurable, best practice systems for sustainable  farm intensification. ”

Drawing the AGM to a close the chairman noted that AgriSearch is a registered charity conducting and commissioning research into the improvement and development of sheep, beef and dairy farming and promoting the results of such research. In doing so, the charity makes significant use of volunteers.

“Thus I must acknowledge the considerable time and effort put into helping AgriSearch by farmers and others in our agricultural sector, be it serving on our board or committees or hosting on farm trials.” 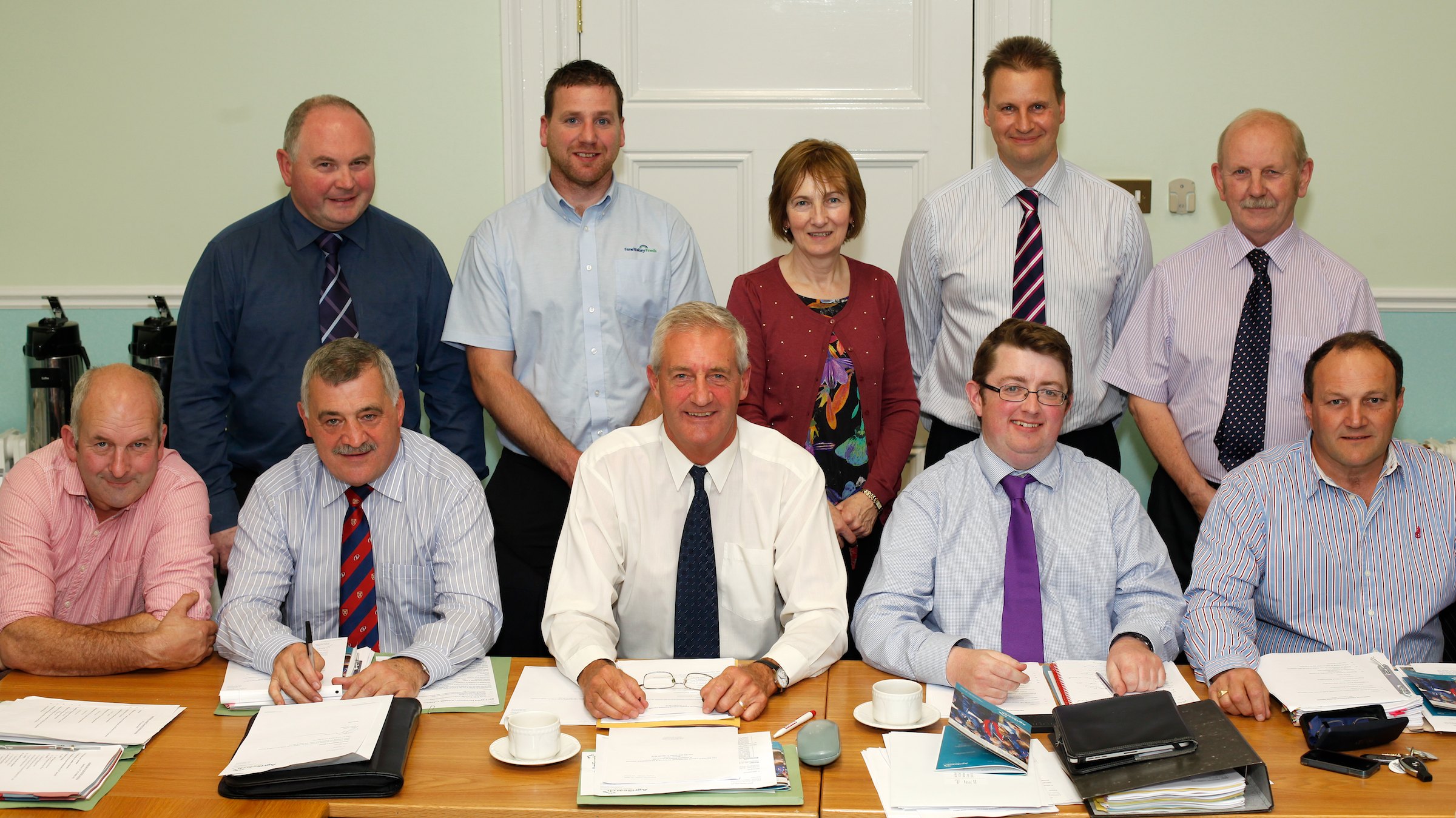