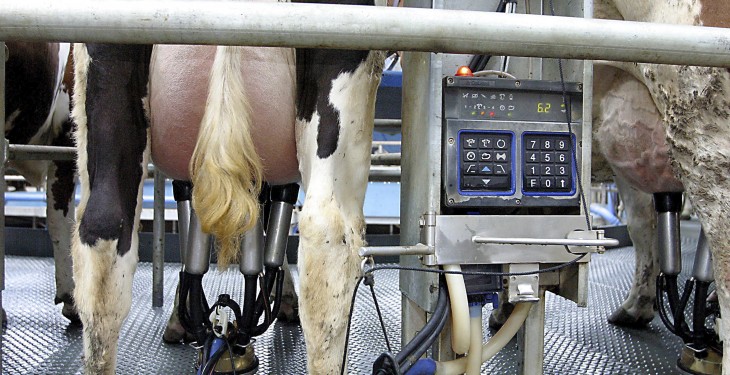 Dairy farmers must take a considered approach to expanding their businesses in the wake of milk quotas ending, according to Dairy Ireland chairman David Murphy.

“The termination of quotas is not a silver bullet in terms of delivering unending good time for the dairy industry,” he said.

“Challenges still lie ahead, market volatility being one of them. However, the big advantage to be gained from  milk quotas ending is the tremendous flexibility which milk producers now have to respond positively when dairy markets are strengthening.  A case in point was last year: market prices hardened significantly during the first half of 2014, yet many Irish dairy farmers were hampered from benefitting fully from this opportunity because of quotas.”

Murphy went on to point out that a key challenge now confronting dairy farmers is that of ensuring the sustainability of their current businesses.

“Producers must act to have their existing farms running as efficiently as possible before looking at possible growth opportunities down the road.

“I believe that it should be feasible for producers to expand milk output by up to 15%, simply on the back of getting more from their existing herds. For the most part, this will be achieved by milking cows longer into the back end. Up to now may farmers were drying cows off prematurely because of quota limitations.”

Murphy believes that dairy processors must play their part in delivering a sustainable price for milk producers.

“I welcome the almost €¾bn that has been invested in new dairy processing capacity. Obviously we must, as an industry, ensure that the optimal level of payback is generated on the back of this commitment.

“However, we still have 20 different processing milk businesses in Ireland. Surely this figure could be reduced significantly. We need scale of operation to allow us compete with the likes of Arla and Fonterra on world dairy markets.”

The Dairy Ireland chairman is firmly of the view that the coming years could be marked by a significant increase in EU milk output.

“New Zealand has reached its limit, from a milk production perspective” he said.

“However, there is no doubting the potential of the United States to significantly increase milk output on the back of cheap grain and energy prices.”