The Radney Herd based in Co. Cork has undoubtedly made a name for itself for all the right reasons within the industry.

On Thursday, June 27, the O’Keefe family welcomed crowds of people to their farm for ‘The Radney Proven Protein Sale’ and the Irish Holstein Friesian Association’s (IHFAs) National Open Day.

The event offered farmers the opportunity to purchase some impressive stock – bred by the O’Keefe family – from the renowned Radney Herd.

Located just outside the village of Freemount, in Co. Cork, the Radney Herd – which was formed by Henry O’Keefe, his wife Marie and their youngest son Liam – consists of 90 pedigree Holstein-Friesian cows.

The Radney Herd is a well recognised name in the market place and cows bred within the herd have achieved numerous top prizes at many sales down through the years. 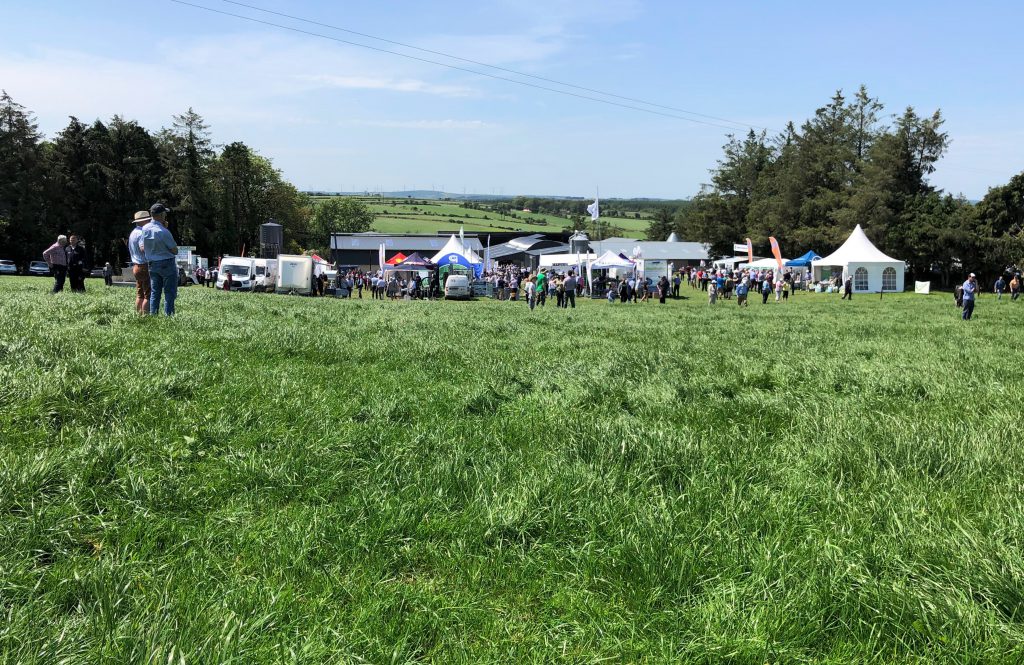 Just last year, the herd was presented with the distinguished RDS Champion of Champions Award to recognise the national success of the Odetta cow family.

The beginning of the Radney Herd

The Radney Herd was first established 32 years ago back in 1987.

Back then, Henry’s father had built up a strong herd, but unfortunately it was undone due to depopulation. However, this was a new beginning for the herd.

“It was a turning point for us as we decided to establish a pedigree herd when we re-stocked the farm,” explained Henry.

Whist restocking the farm, Henry purchased some top bloodlines from the Ardrahan Herd – bred by the Burns family. These included cows from the Odetta, Gerard, Ostrich and Deborah families. 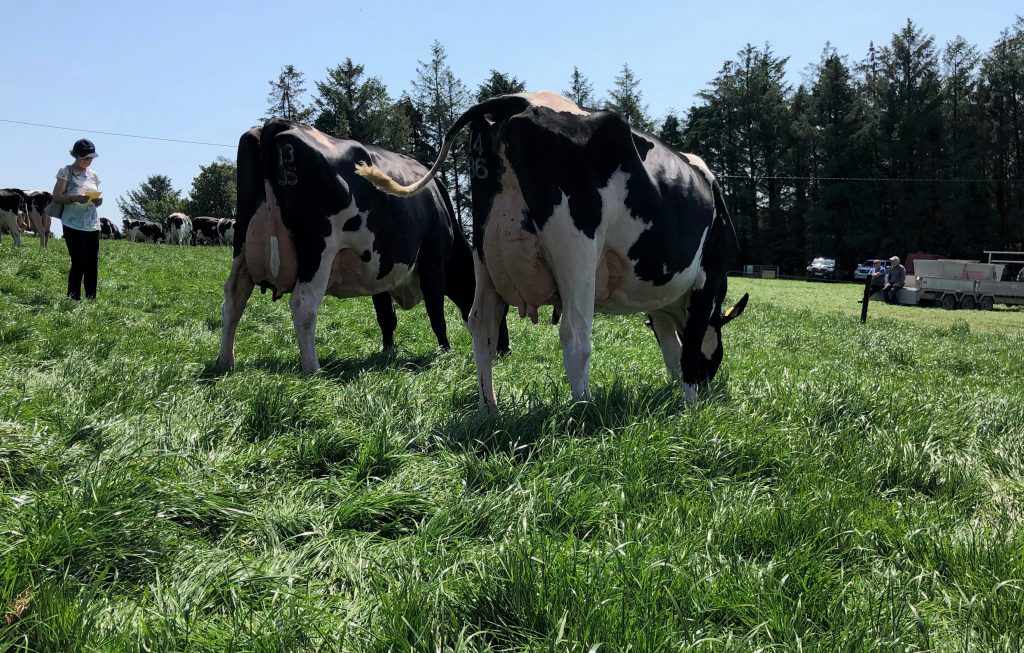 “The families we got back then from the Ardrahan Herd are all still there today. They have generated some great stock for us, which have been very successful.

“Since then, we have tried to breed cows which are functional, that will last a long time and that will go in calf,” explained Henry’s son Liam.

The Odetta cow family in particular have brought the Radney Herd from strength-to-strength over the years.

Radney Seal Odetta EX90 3E was the foundation dam of the herd. She produced 16 progeny and was the first cow to reach 4% protein.

Radney QUR Odetta EX93 8E is a grand-daughter of the Rock Seal cow, otherwise known as The Queen. She is now in her 10th lactation and has bred 11 daughters so far.

“We don’t like to breed an extreme cow. We like a good functioning cow that is going to last in the herd and we cull heavily if the protein is not there.

“I would rather milk a good pedigree cow and have a few less, than have the numbers and not as good of a cow,” highlighted Henry.

A cow that is going to last for a long time in the herd is hugely important to the O’Keefe family. 43% of the herd is in their fourth lactation or older.

“A lot of the cows are on to their fifth calf and we even have a cow on to her twelfth calf,” explained Liam. 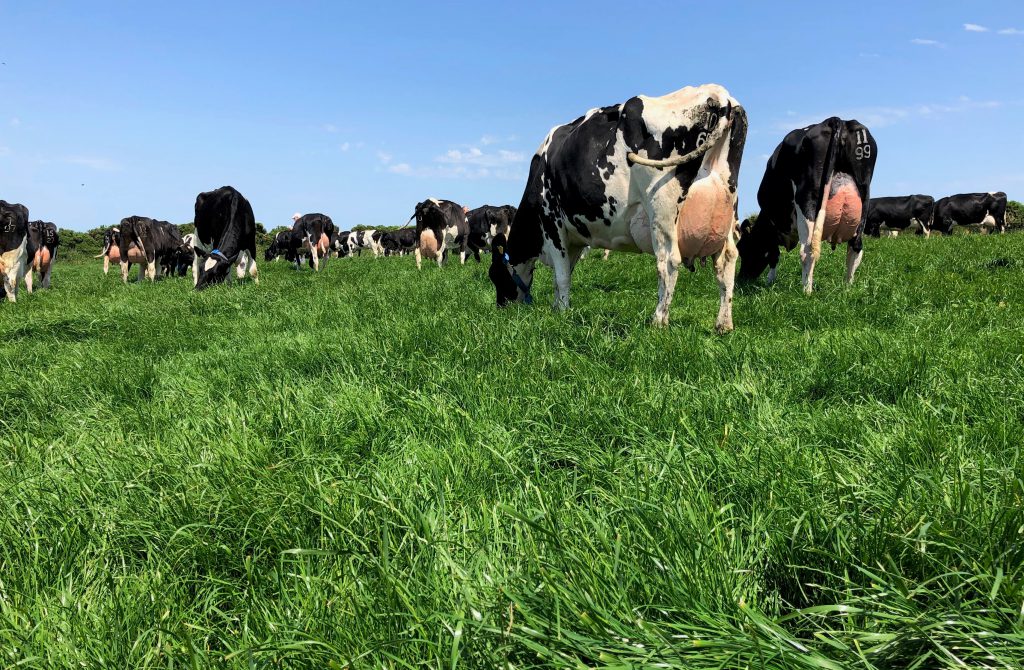 Explaining what an ideal cow is to him, Henry said: “A medium-sized cow, with a super udder, great legs and feet that will go in calf every year.”

When selecting bulls for the herd they “like to have every box ticked, but this sometimes isn’t always possible”.

Touching on what those boxes are for them, he said: “We like a good plus in milk, good in fertility and a plus in kilograms of fat and protein.

“We wouldn’t go strictly on EBI; the bull would have to be out of a good cow family. Then at least if the EBI falls you will hopefully have a good cow at the back of it.”

Any surplus stock generated by the herd is sold off. The herd name and generated stock is well-known in the marketplace; so selling surplus stock has never been an issue.

“We usually keep all the heifers and we keep about 30 bulls until they are a year old. 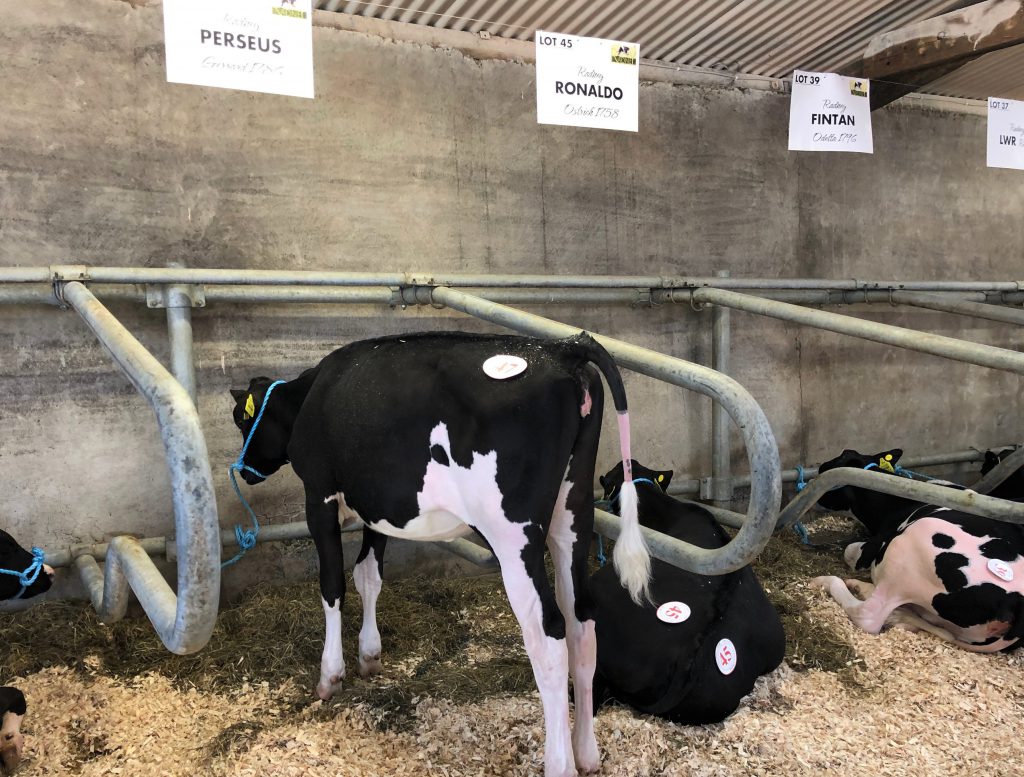 “They are then sold to some regular customers and at the Nenagh bull sales. Our customers know our stock and usually come back every year for our bulls,” explained Liam.

There has been five bulls from the herd purchased for AI in recent years; such as Radney Rock (RYK), Radney Mill (FR4557) and Radney Steve (FR4098).

They have gone to AI stations such as Dovea and in the past ABS.

A total of 54 animals were up for auction at the event. This included 20 calves, 20 heifers, eight cows and six bulls. 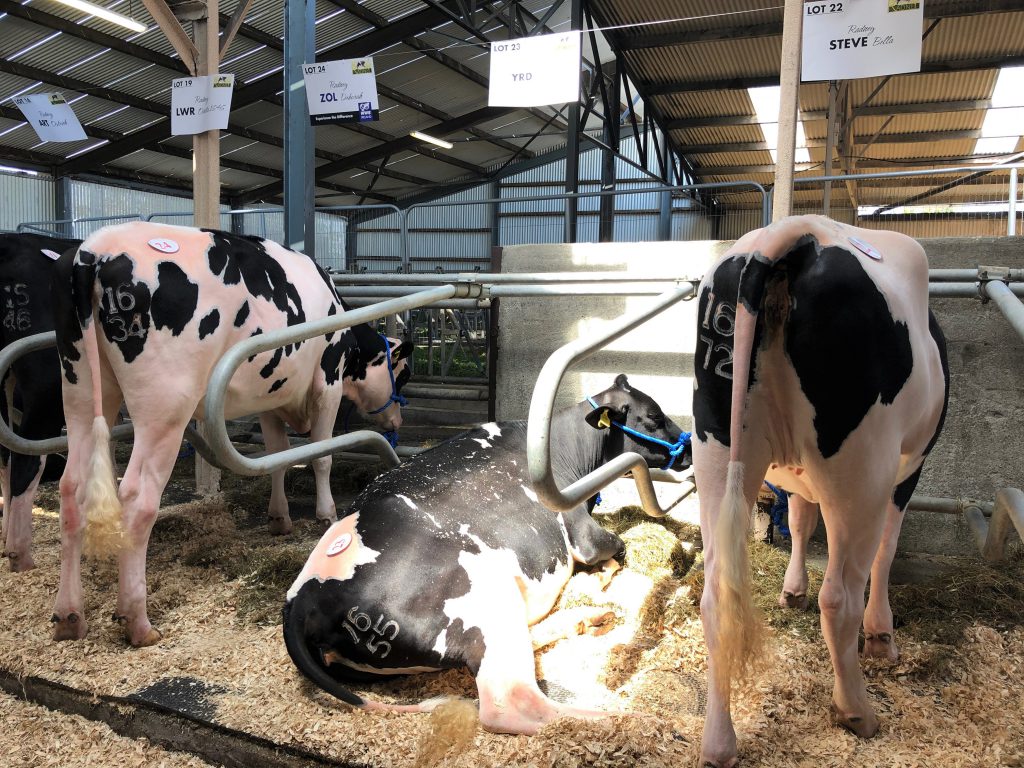 The importance of grass

The inclusion of grass in their herd’s diet is hugely important to the O’Keefe family. This helps them boost the performance and annual output of the herd.

“We try to maximise the amount of grass in the herd’s diet as much as possible. We do a lot of this through zero-grazing grass. The zero-grazer helps us to make use of all the land area on the farm for the cows. 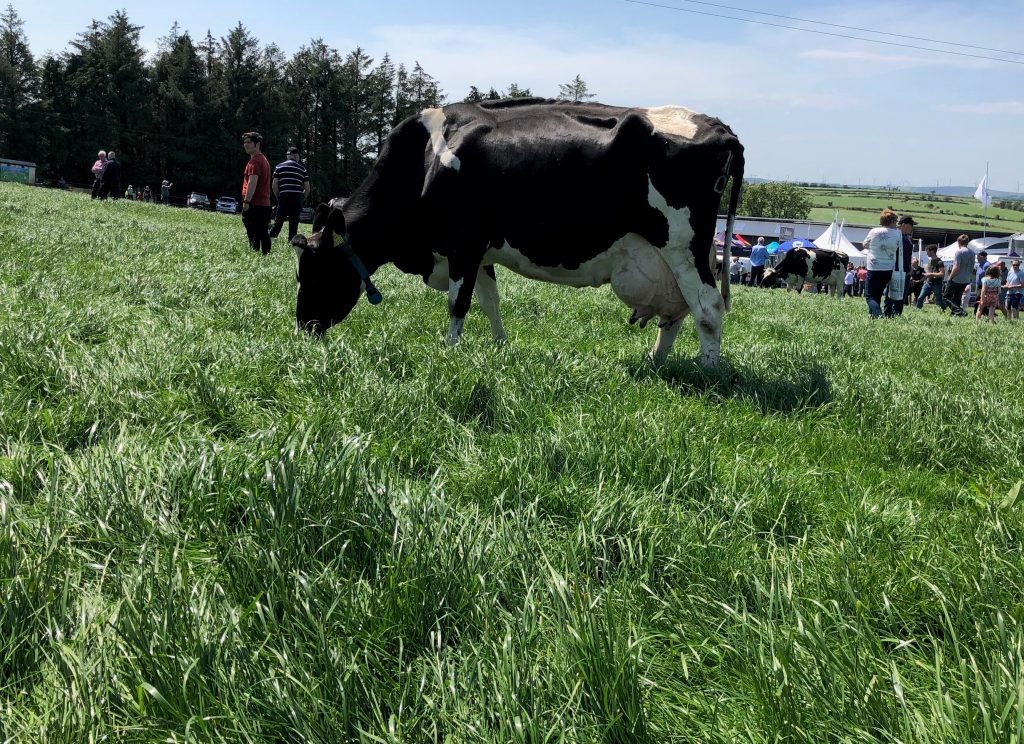 “Once the ground is suitable to drive on, we will be out with the zero-grazer. The inclusion of high-quality grass in the cows’ diet helps to boost the milk solids of the herd,” explained Liam.

“We begin calving on January 1 and we try to get out as early as possible after that. The ground here is heavy enough, so it isn’t always possible to get out early but the zero-grazer will bring the grass to the cows for us,” he added.

Dairy focus: From beef farming in Scotland to dairy farming in Co. Westmeath