Dairy focus: From beef farming in Scotland to dairy farming in Co. Westmeath

In the space of just four years, GD and Caroline Young moved to Ireland – from Scotland – purchased a tillage farm and converted it to a grass-based dairy farm.

The farm itself is located near the town of Mullingar and from first sight it is clear that a huge amount of thought and planning went into such an impressive dairy farm.

The 44-bale rotary parlour and other farm infrastructure is located in the centre of the 134ha milking platform with access by 4.5km of roadways.

The Youngs are now in their fourth year milking and since converting the farm they have almost doubled cow numbers from 225 to today milking 404 cows.

Last year, the farm produced 424kg of MS/cow – at an average fat of 4.47% and protein of 3.74% – on a tonne of meal/cow; however, extra meal was fed due to the drought and in a usual year they would try to maintain meal feeding around 500kg/cow.

“We were farming in one of the wettest parts of Scotland and milking all year round in a high-input system.

“I thought there are so many people doing beef I can’t be doing the figures right. But, when we switched I realised I had been doing them right. It was hard to make money and almost impossible without subsides,” explained GD. 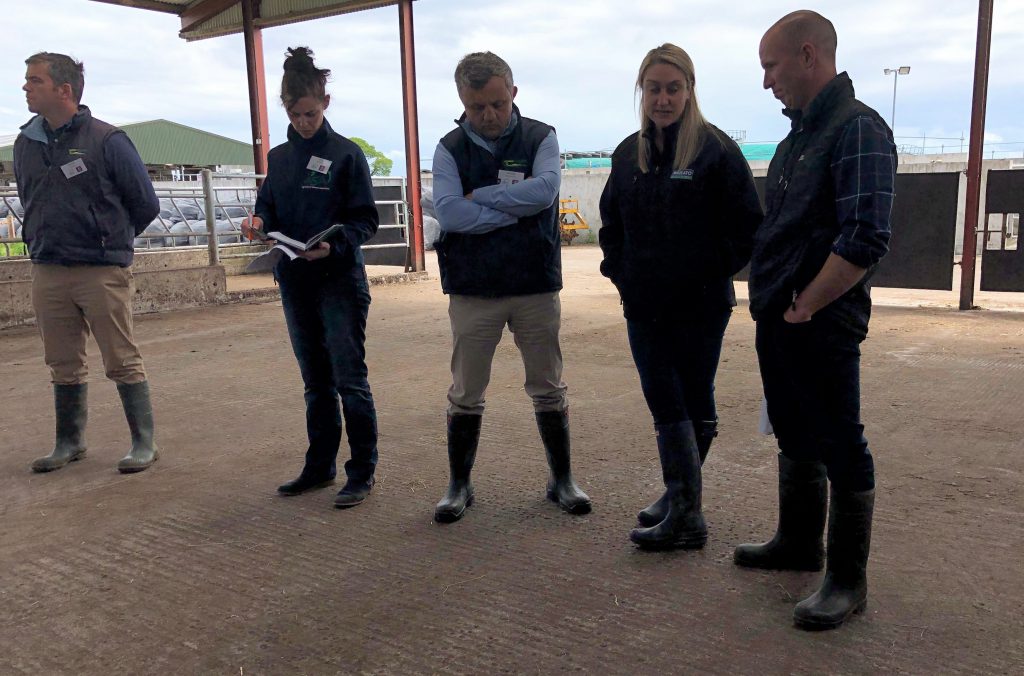 In 2014, they decided that they wanted to get back into dairy and began to look at alternative farms in Scotland and even as far as New Zealand.

Touching on how they came to find the farm in Ireland, GD said: “I phoned a guy in Ireland and he knew a farm that was coming up for sale. We had the farm in Scotland sold at this stage and were leasing it back.

Getting planning for the project wasn’t easy for the Youngs, as the farm is located in a Special Area of Conservation (SAC).

“They wanted us to locate the farm near the road. But, the farm is almost an exact square so we wanted to place the farm in the centre to minimise the walks – and we stressed this when we went for planning. 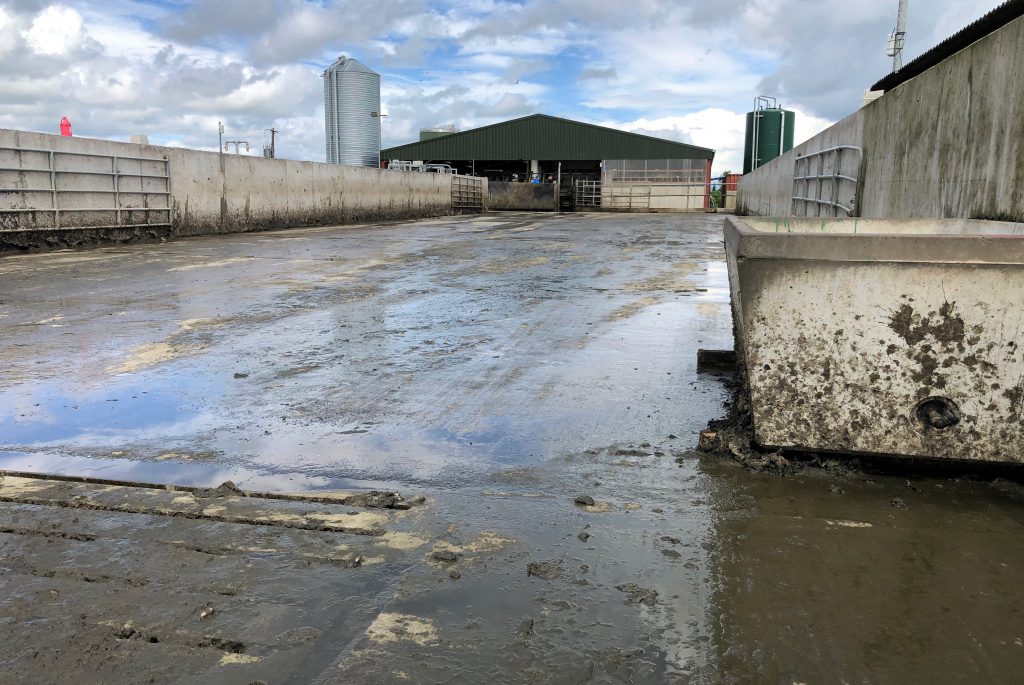 “We were against the clock and for this reason we employed a planning consultant. We knew that to get planning we were going to have to answer the questions before they asked them,” explained GD.

Whilst waiting for the planning to come through, they reseeded 220ac of the farm and made construction arrangements. In September 2015, planning came through and the digging began.

Since the establishment of the herd in 2015, the herd has increased from 230 first calvers to today milking 404 cows.

GD explained how he went about sourcing the first batch of stock for the farm.

“I had never heard of EBI; so I had to educate myself. The heifers I bought were mainly high-EBI crossbred cows. 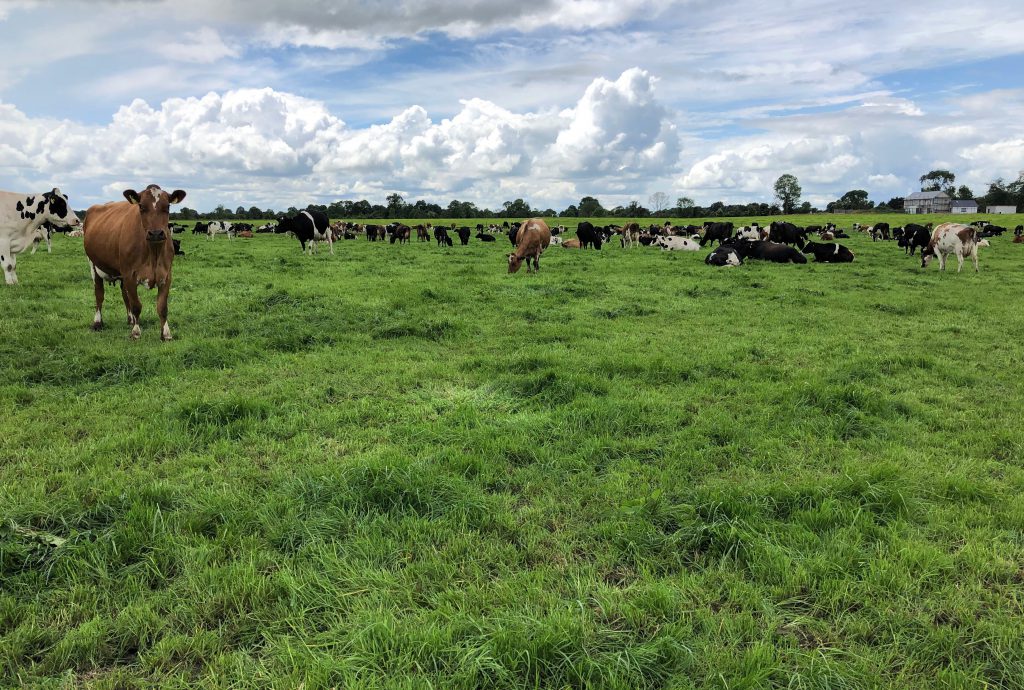 “Everything I bought was in-calf heifers and I tried to buy as many as I could off the one source. I bought the majority of the herd off a farmer with two big herds in Co. Kerry. We purchased 160 heifers off him, with the rest purchased from three or four herds.

“In autumn 2016, we bought another batch of 135 from the original farmer in Co. Kerry to bring the numbers up a bit – with a third batch being purchased in 2017.”

Today, the EBI of the herd is €154 and is made up of Friesian and Jersey first and second crosses.

The farm was a greenfield site; so, everything was built from scratch.

When they arrived, the only farm building was an old sheep shed. However, being a greenfield site gave the Youngs the opportunity to construct the farm exactly the way they wanted it.

Today, the farm infrastructure includes: a 44-bale Waikato rotary parlour; 400 topless cubicles; a concrete lagoon; a calving shed; 4.5km of roadway; 20km of fencing; two silage pits; and a calf shed – which is located near the road and away from the main farmyard. 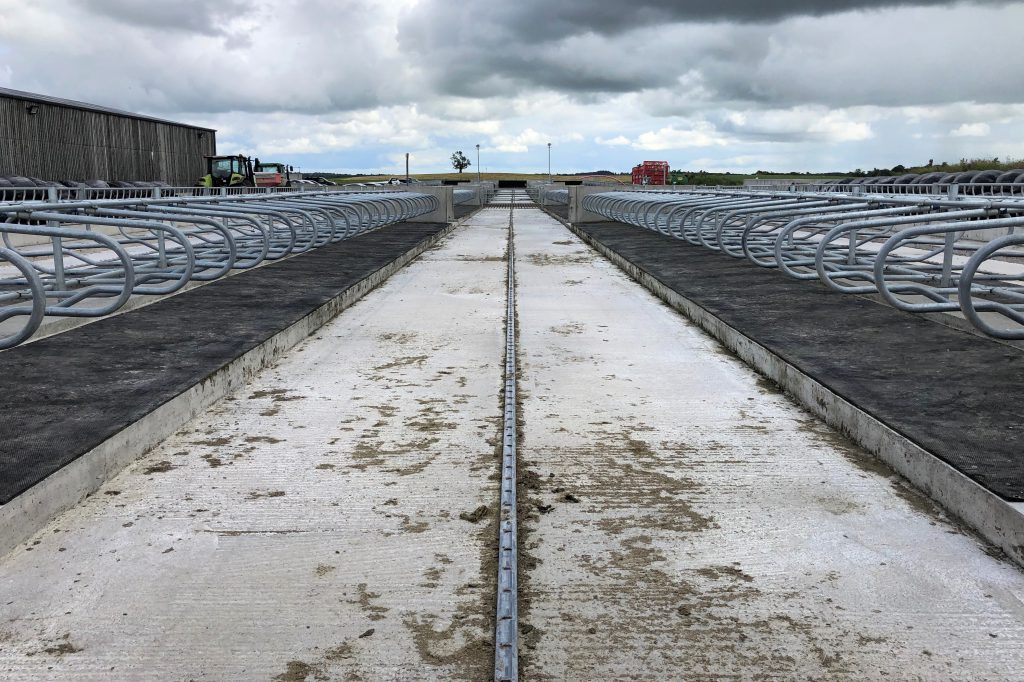 In the cubicles, each cow has 2ft (0.6m) of a feeding space and the passages between the cubicles are wide at 13ft (4m) in width. Explaining the reasoning behind this, he said:

“The reason the passages are so wide is to stop bulling. I come from a high-input system and I noticed some bulling when the cows were inside.

“Each cow has a feeding space because during the times of year when they need feeding the most – such as in the spring and the back end – they might only be in for two hours before milking, so they don’t have much time to eat. You have to be sure they are all going to get in to feed.”

They decided to go with a concrete slurry lagoon because they are in a SAC and it would have been difficult to get planning for a lined lagoon.

“The floor of the lagoon was poured in a day; 56 lorries of concrete went in – 16 different lorries from three different plants,” explained GD. 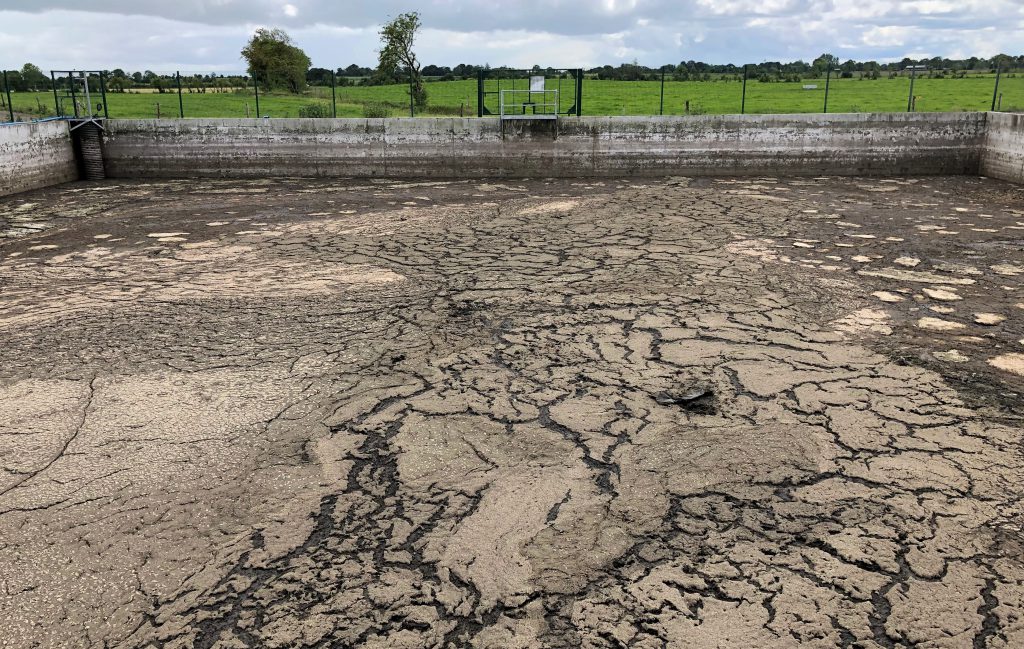 GD continued by explaining why he decided not to put a roof over the cubicles.

“One of the reasons we decided not to put a roof over them was cost. I had seen them on my cousins farm in Scotland and he gets on really well with them.

“His argument is that when cows are used to being out the whole time, when they go out to grass they put their heads down and graze and in harsh weather they will continue to graze, because they are acclimatised to the weather.

“Also, we wanted to focus on getting them out to grass as soon as possible and not give ourselves an easy option,” explained GD.

Originally, the Youngs were going to install a herringbone parlour on the farm, but decided against it.

Touching on why they decided to go with the rotary, he said: “I visited a few farms and one of the farmers said ‘I would be mad if I didn’t even consider a rotary’. 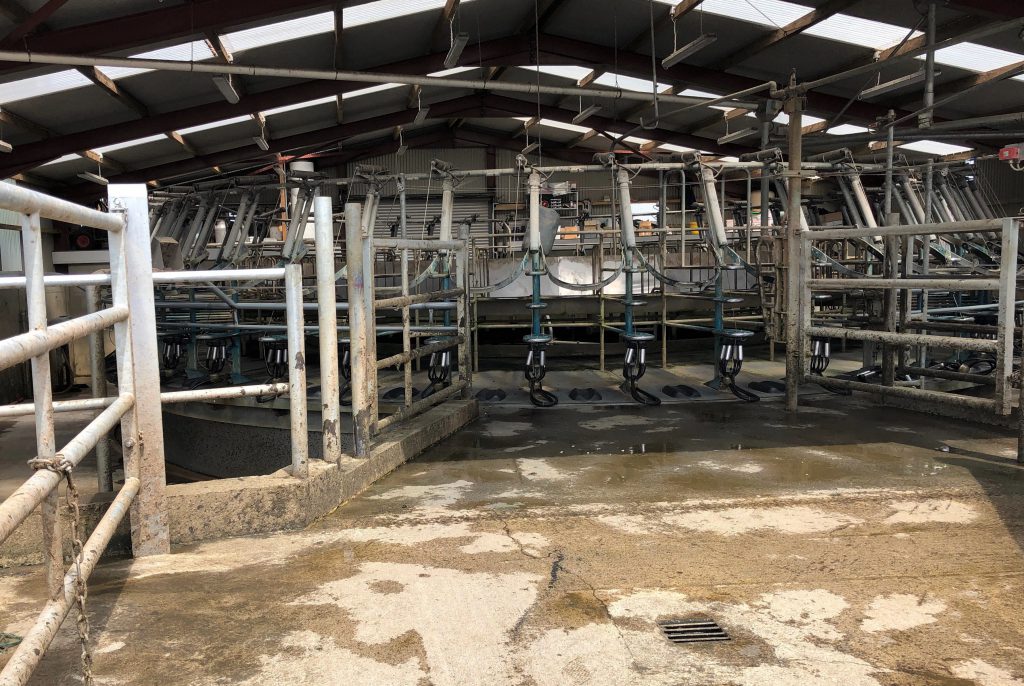 “The more I looked into it the more I realised it was a viable option for us.

“We had originally planned on milking 350 cows and that many cows through a herringbone would have been a lot. We would have needed two full-time people milking. It could be done with one but it would have been challenging.

“I milked all my life in a herringbone but it is so easy to milk in a rotary. The cows are very content and there is no stress on them at all.

“The beauty of it is, the last rotation is always the same as your first. In the herringbone you are knackered by the last row but in the rotary every round is the same,” he added.

Currently, the farm has three labour units including GD himself – an assistant farm manager who is completing a diploma in dairy farm management and a student from Ballyhaise Agricultural College.

Milking here is very easy. It can easily be a one-man operation and because we don’t have any young stock it really is a simple farm to run.

The majority of the machinery work is contracted out and all the young stock is reared off farm from three weeks-of-age.

“One guy milks in the morning and a different guy in the evening; so, you are only ever doing one milking a day.”

Dairy focus: 'Eating the grass and producing the goods' in Co. Monaghan