The Firoda Herd in Co. Kilkenny has been bred to a high level of excellence through pure dedication to the British-Friesian breed.

The Healy family were the hosts of this year’s event, who farm just outside Castlecomer in Co. Kilkenny. This is the families second time to host the event; they first hosted the event 10 years ago back in 2009.

Some impressive stock from the Firoda Herd were up for grabs on the day with 26 lots on offer, comprising of 20 heifers and six bulls. 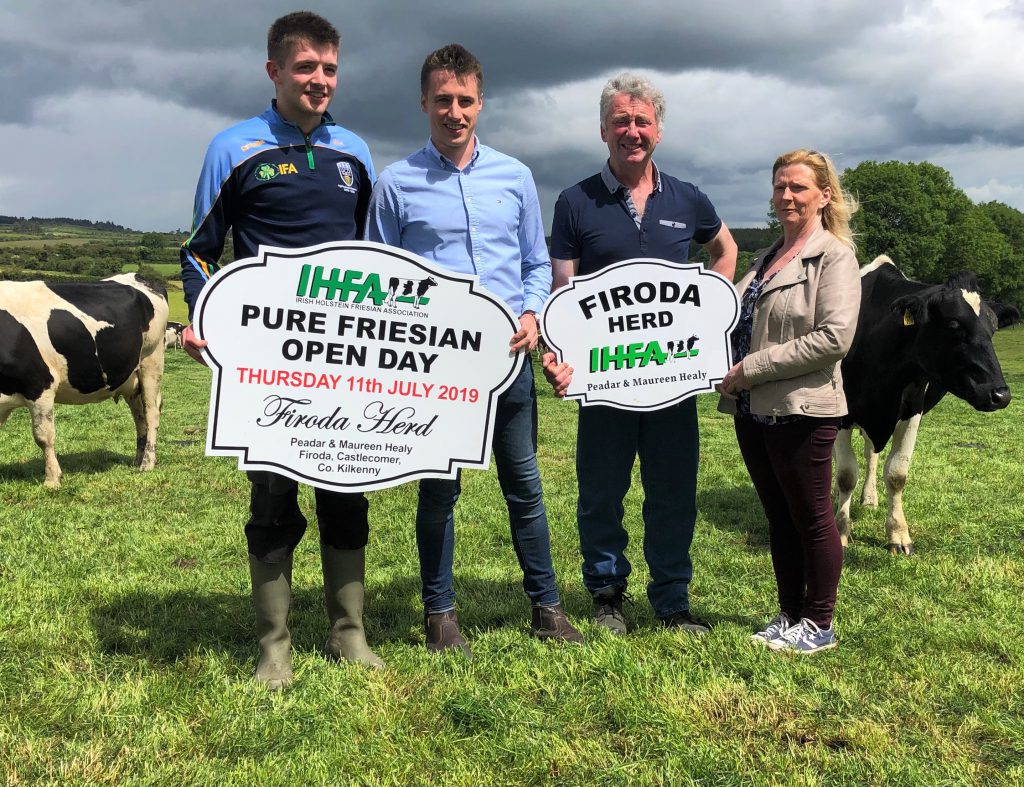 The formation of the Firoda Herd first began 60 years ago and is now run by Peadar Healy along with his wife Maureen and their son Eamon.

Speaking at the launch of the event, Peader said: “I am really looking forward to the event. I would like to promote the British-Friesian breed, as I feel it is a breed which has been forgotten about over the years.”

The beginning of the Firoda Herd

Peadar’s father, Ned, began forming the herd 60 years ago. Since then, Peadar has continued to breed quality Friesian stock; today, he is milking 120-pedigree British-Friesian cows.

Touching on the beginning of the Firoda Herd, Peadar said: “My father started here 60 years ago and there were just 12 cows here at the time.

“I bought three Holstein heifers back in 1992. They were good heifers; there was nothing wrong with them – they just didn’t fit into our system. I felt they needed more meal and that bit more looking after. 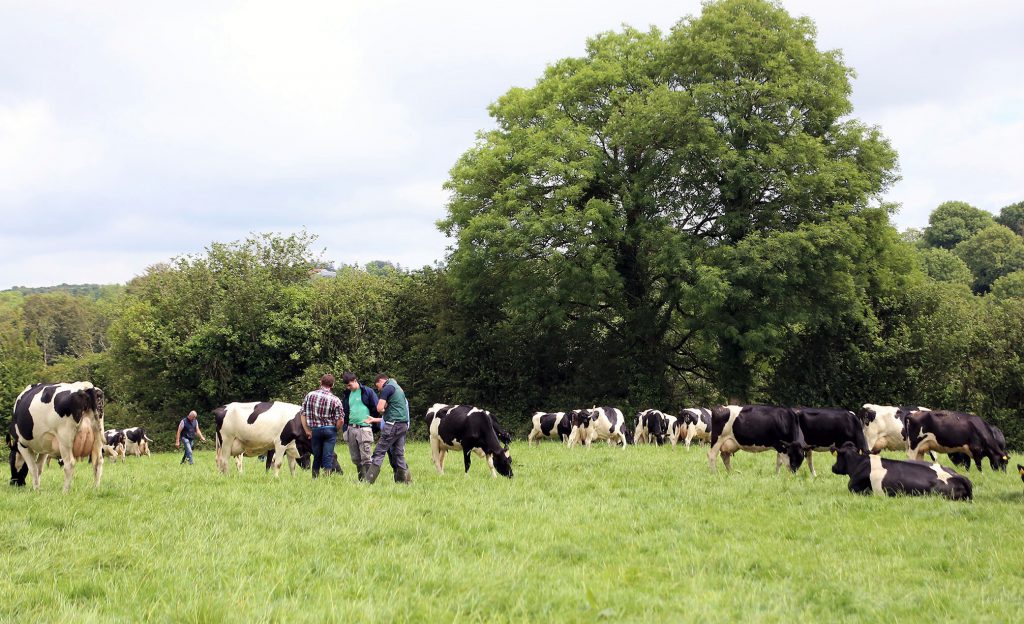 “Alternatively, the British-Friesian needed less meal and that bit less looking after; they suited our system better. So I sold all the Holstein families; I have none of them now.”

Discussing a further reason for going down the pedigree route, he said: “Also, when quotas came in we were only getting going, so we felt when we didn’t have a seriously big quota to fill we would have liked more stock to sell.”

Performance of the herd

The Firoda Herd is known for consistently yielding over 6,500kg of milk each year and last year they achieved 553kg of MS/cow at 3.74% fat and 3.63% protein.

Peadar’s father, Ned, was one of the very first farmers to adopt milk recording. This allowed them to consistently focus on their herds’ best milk producers from the very beginning. 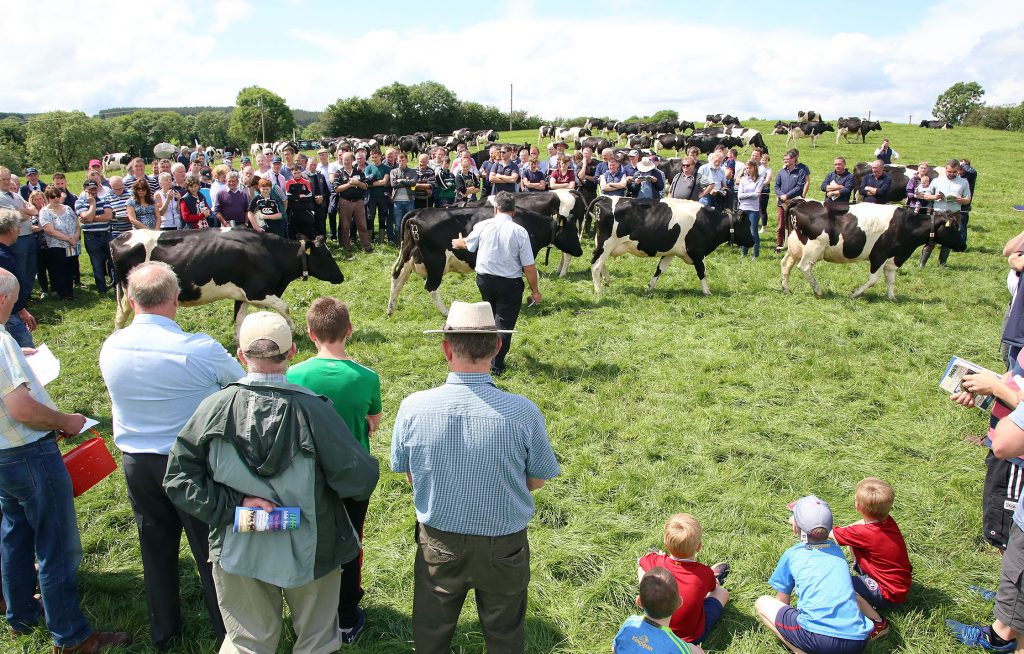 “We have been milk recording from the very beginning which gave us a serious advantage, because you don’t really know where you’re going unless you are milk recording.

“We have always put a big effort into milk because with the British-Friesian some of them can be a bit lower in milk; so we always focused on those that were heavier in milk,” explained Peadar.

Last year, 37 cows in the herd were fourth lactation and older, highlighting the natural longevity and maturity of the British-Friesian breed.

Any surplus stock generated by the herd is sold off. The herd name and the quality of the stock is well-known in the marketplace; so selling surplus stock has never been an issue.

“Stock sales bank up more than half of our income. Every year, we have about 50 pedigree bulls to sell and we sell heifers also. This year, we have 51 bulls sold,” explained Peadar.

Mentioning some of the bulls they have in AI, he said: “FAE and FZZ were some of our first bulls to go daughter proven. FR2030 has also gone daughter proven and we have a lot of young bulls in now waiting to be tested.” 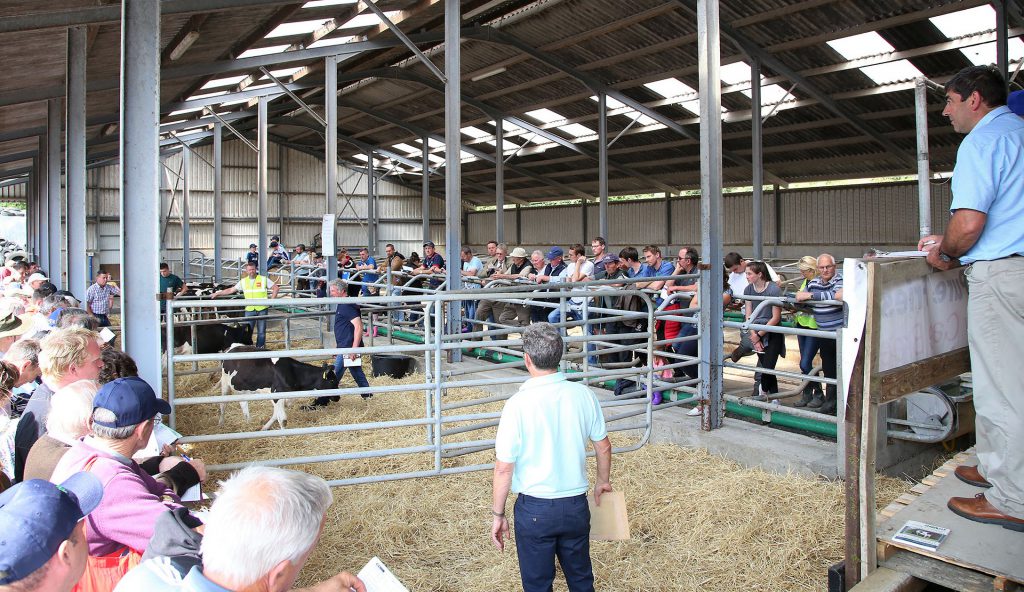 Over the years, Peadar has built up a good reputation for selling stock and now some of his customers don’t even look at the heifers before they buy them.

“We have great clients and even have some up the North. Some of them don’t even come to look at the heifers. You have to look after everyone; if you cod someone you’re only coding yourself.

“I had 33 bulls calves this year that I didn’t register as pedigree because I felt the cows weren’t 100%. I wouldn’t sell her calf to anyone I wasn’t happy with; I would just sell him as beef,” said Peadar.

A total of 26 animals were up for auction at the event. This included 20 heifer calves and six bull calves – all born this past spring.

Lot 10 (Firoda Lfk Snow) was a heifer calf with an EBI of €139 and born on January 27. Sired by Lakemead Randolf (LFK) and daughter of Firoda Gtw Snow 3. 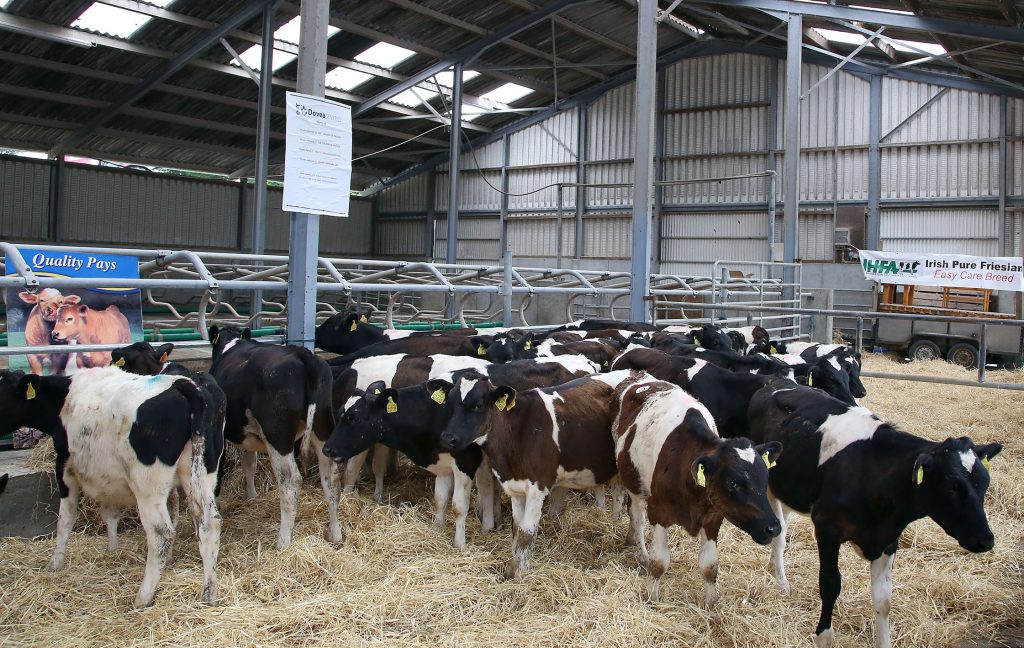 Lot 21 (Firoda Jubilaris 16) was a bull calf with an EBI of €159 and born on January 1. Sired by Dovea Jubilaris (JRB) and daughter of Firoda Twink 4.

Other awards on the day

Along with the celebration sale, British-Friesian breed, a Pure Friesian Herds Competition and a Stock Judging Competition for both over 18 and under-18 took place on the day. 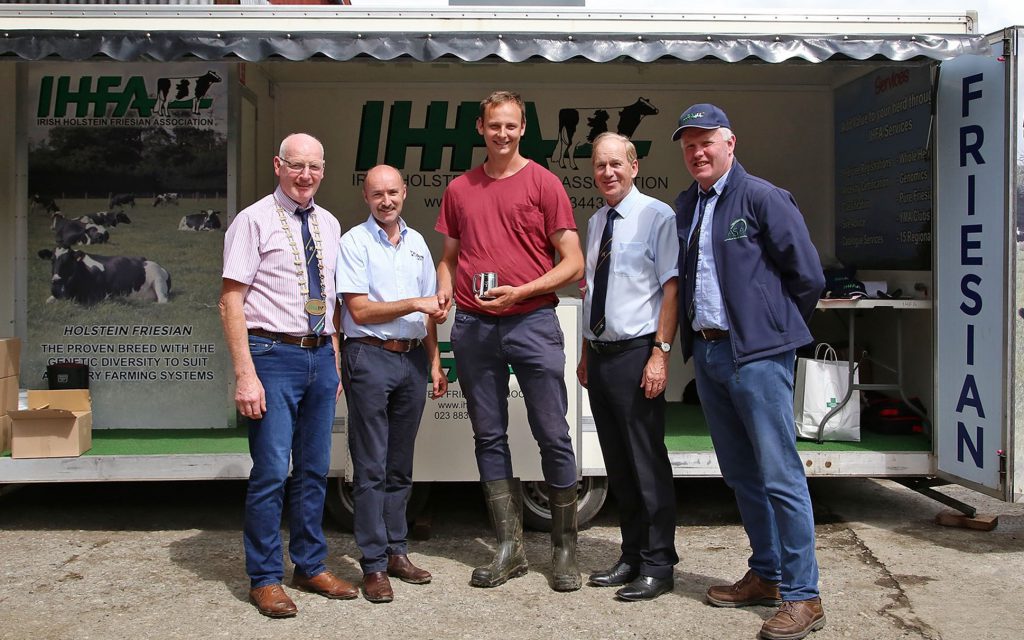 In the Stock Judging Competition – for the under-18 category – first place went to Sam Dudley from Templemore, Co. Tipperary.

Second place was given to Jack McGrath from Kilworth, Co. Cork; with third place going to Christopher Walsh from Carrick-On-Suir, Co. Tipperary.

Dairy focus: Started from the bottom, now they're here in Co. Cork

Man dies following collision with jeep and tractor in Donegal