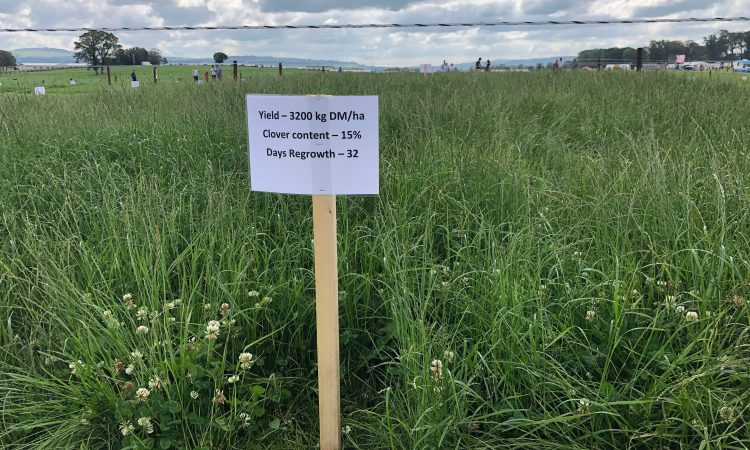 The mid-grazing season can be one of the most difficult times for managing grass on your farm. Pre-grazing yields can easily slip above the target level and in some cases, can make achieving optimum grass utilisation difficult.

During the recent Moorepark Open Day, a grazing demonstration was on display to showcase the importance of grazing at the correct pre-grazing cover for optimum grass utilisation. 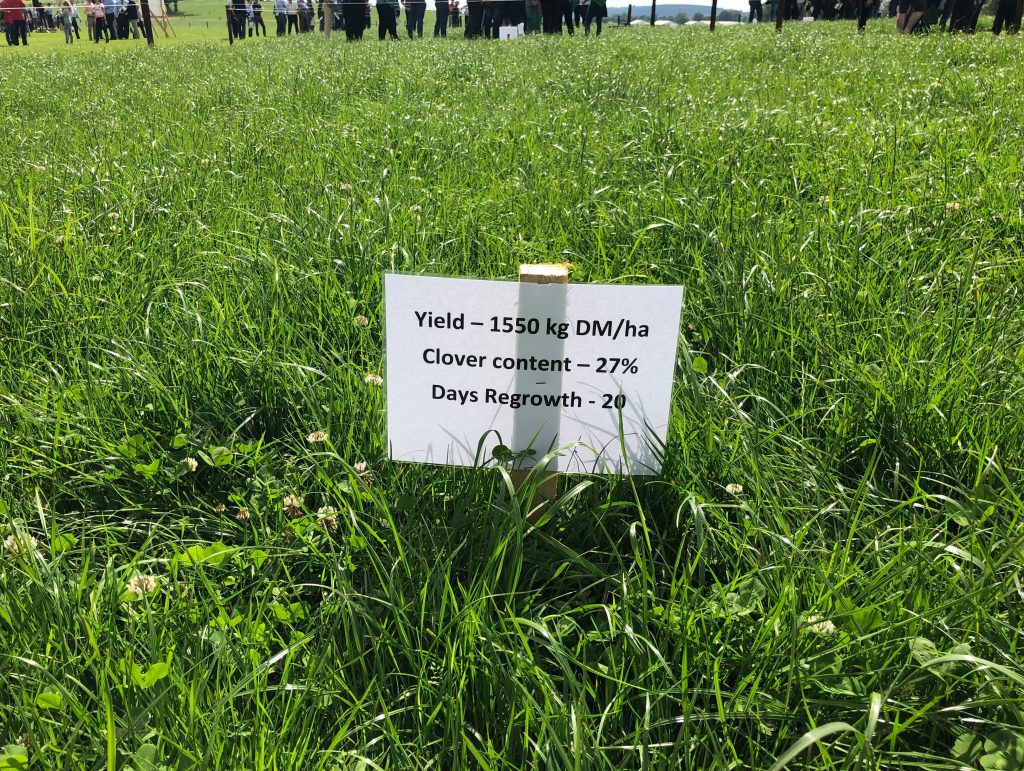 The plot above was at an ideal pre-grazing yield of 1,550kg of DM/ha. The plot contains 27% clover which was achieved through spreading 2kg of clover/ac.

This plot contained a high amount of good-quality leafy grass. The positive effect this green-leafy grass would have on the bulk tank was noted on the day. 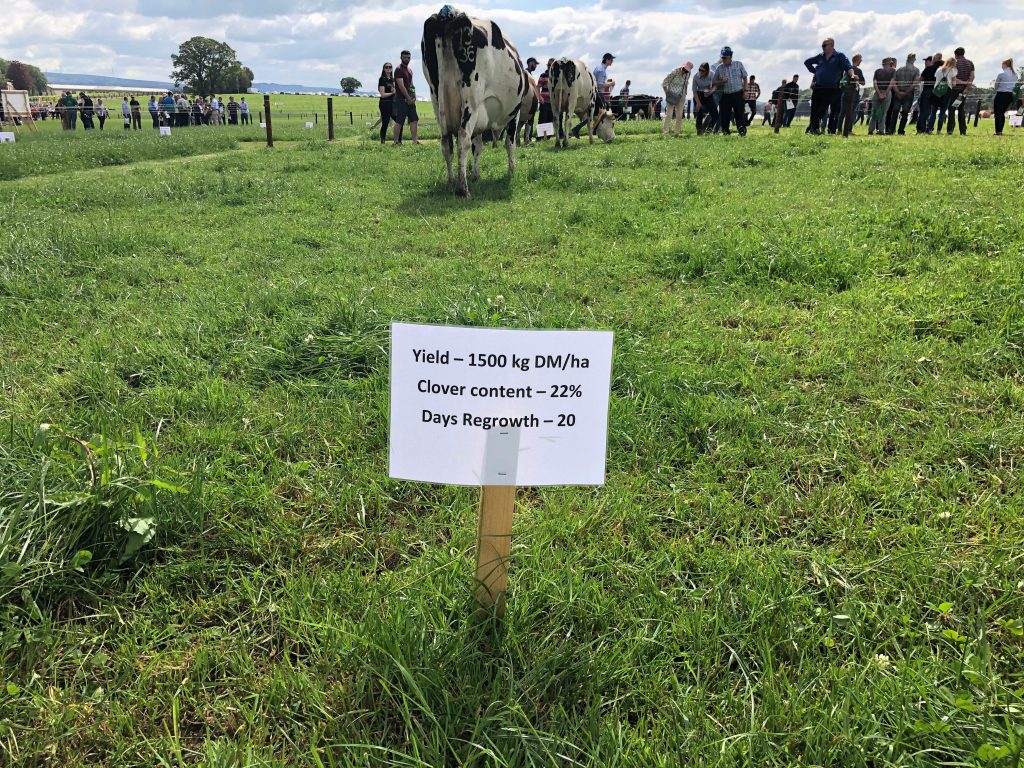 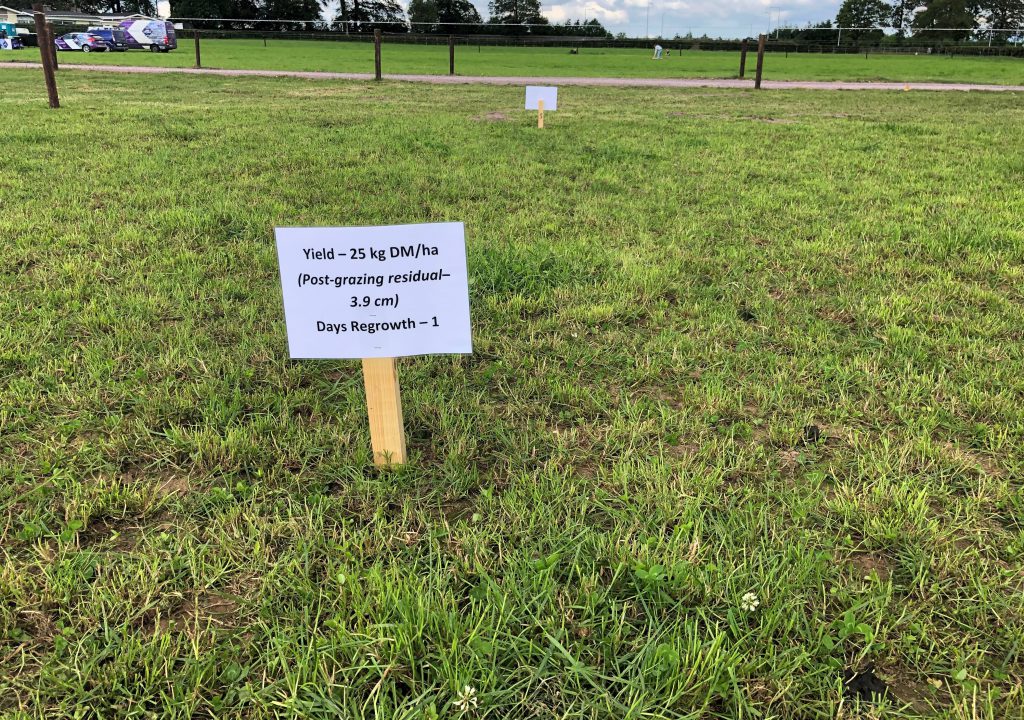 The plot (above) was the target residual left after grazing the paddock at the optimum pre-grazing cover. Grazing down to this target residual would maintain good-quality grass in the subsequent rotation.

A high level of grass utilisation was also achieved. 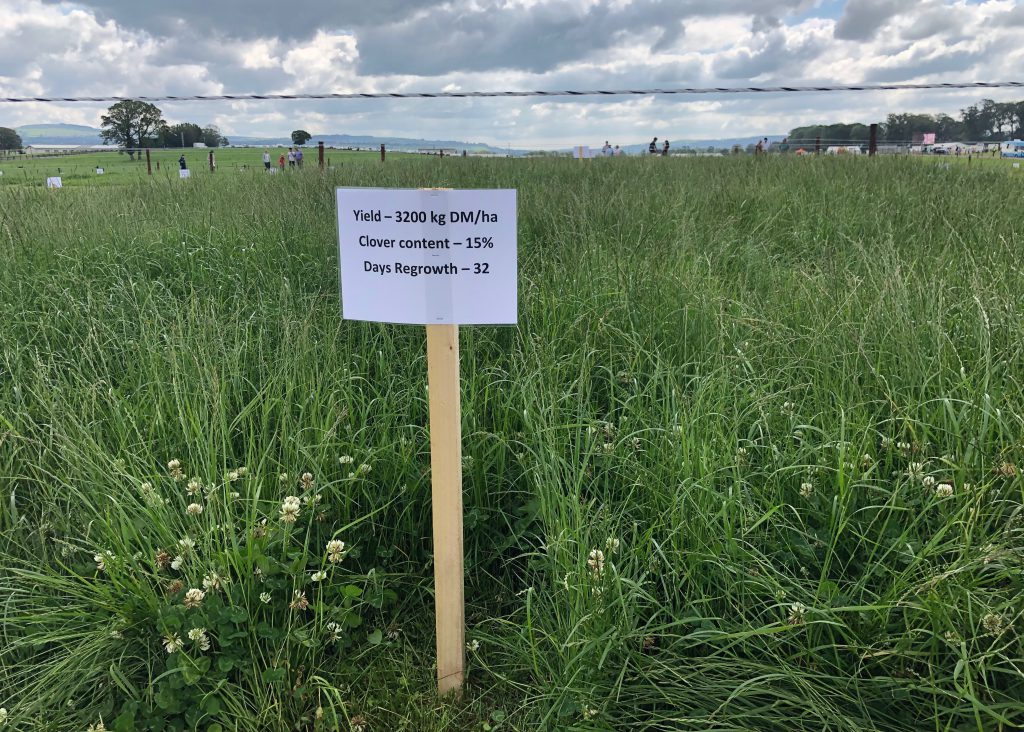 The plot (above) was on display to show the implications of grazing versus baling a heavy paddock such as this one.

This plot would have contained a large amount of fibre due to its stemmy nature. Grazing this sward would have a negative effect on the herd’s milk production compared to grazing a leafy sward. 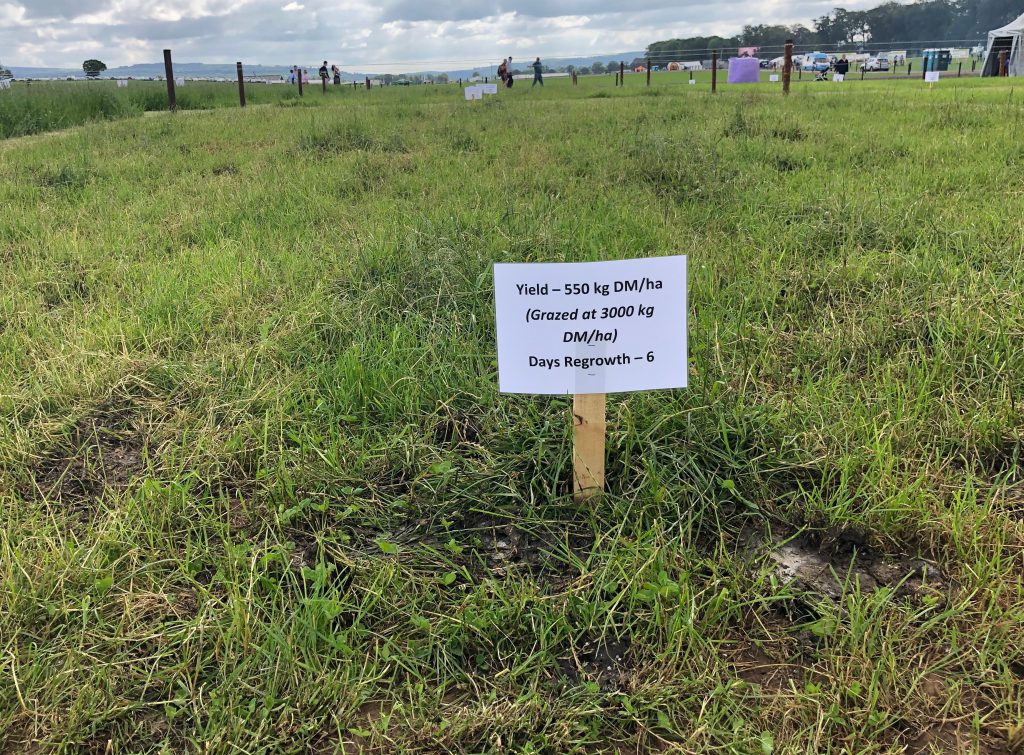 Due to the large amount of poor-quality stemmy material left over after grazing, it was noted on the day that this would affect the grass quality in the subsequent round.

On the day, some farmers had suggestions on how to correct a poorly grazed paddock such as this one. One farmer suggested topping the paddock while another suggested baling it the next time round.

A further option which was proposed was to come into it earlier the next time – in approximately 10 days – which may affect growth rates but it would get you your residual. 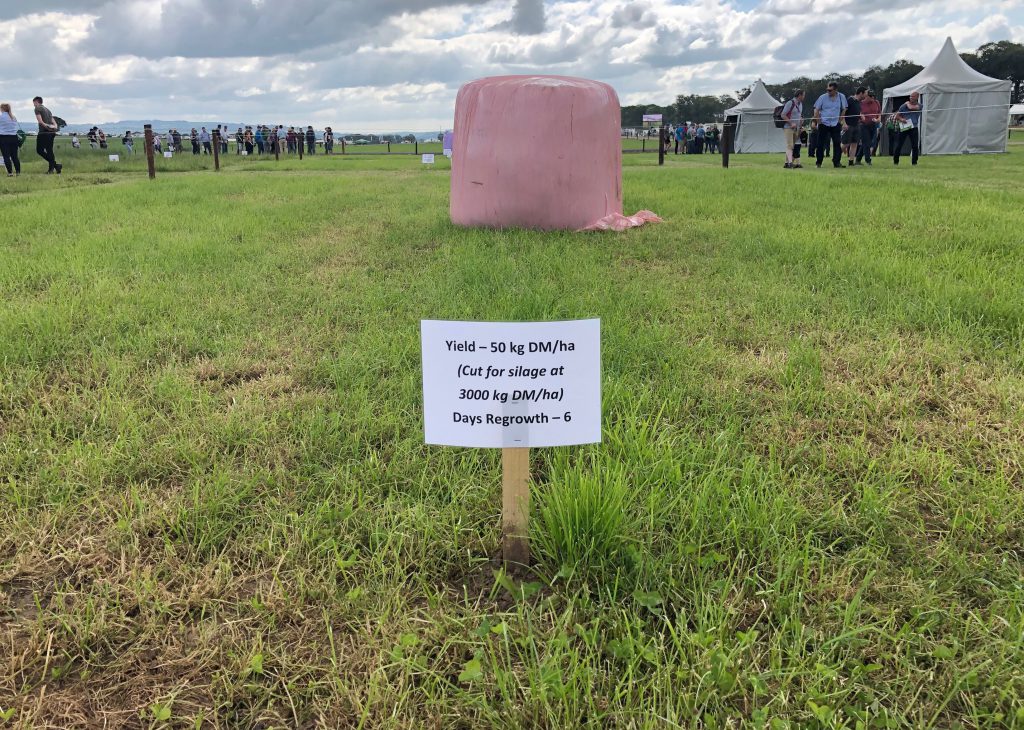 The plot (above) was baled instead of grazed. This plot had a cover of 50kg of DM/ha on it after six days’ regrowth.

This plot had slower regrowths but contained only high-quality leafy grass. This demonstrated the benefits of taking a heavy paddock out for bales rather than grazing it. 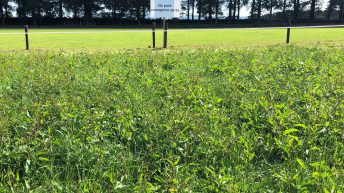