Dairy Focus: From the operating theatre to the milking parlour

Dairy Focus: From the operating theatre to the milking parlour

Dairy farming in Derrypatrick, Drumree, Co. Meath is Laura Hannon who farms in partnership with her father David and mother Catherine.

Laura and David currently milk 320 cows in a spring-calving system, along with a small team. Stephen Myles, has worked on the farm for seven years, Michael Daly is currently on placement from Kildalton Agricultural College.

Laura originally qualified as a general nurse and had been working in operating theatres for two years, before making the decision to return home.

Speaking to Agriland, Laura said: ”In 2019, I left my job as a nurse and returned home to farm alongside my father. Since returning home I have completed the Green Cert and have begun to make some of the management decisions.

”Although my dad thinks he is the boss, the real boss on the farm is my mother – she looks after the books and most of the paperwork.”

Speaking about the history of the farm David said: ”My father was born and reared in Dublin; the family were butchers and used the farm to supply their shop.

”My father preferred the farming and bought the farm from his family in 1974, which he then converted from beef into dairy in 1975.

”My father would not have had great knowledge of dairy farming when he first started milking cows, but he honed his skills from some of the best dairy farmers around.

I returned home and started farming alongside my father in 1987 after I had completed a degree in agriculture.

”I took over the day-to-day running of the farm from my father in 1995; we would have been milking around 80 cows at that time.

”As the herd increased, I would have added sheds or converted sheds to create more space.The policy here would have been rack and stack.

”I would have waited until I had too many cows for the sheds, before building or converting a shed.

”Over the years we would have bought land adjoining the home block and also rented blocks of land. Last year we rented a large block of land to rear our heifers, that were previously being contract reared.” 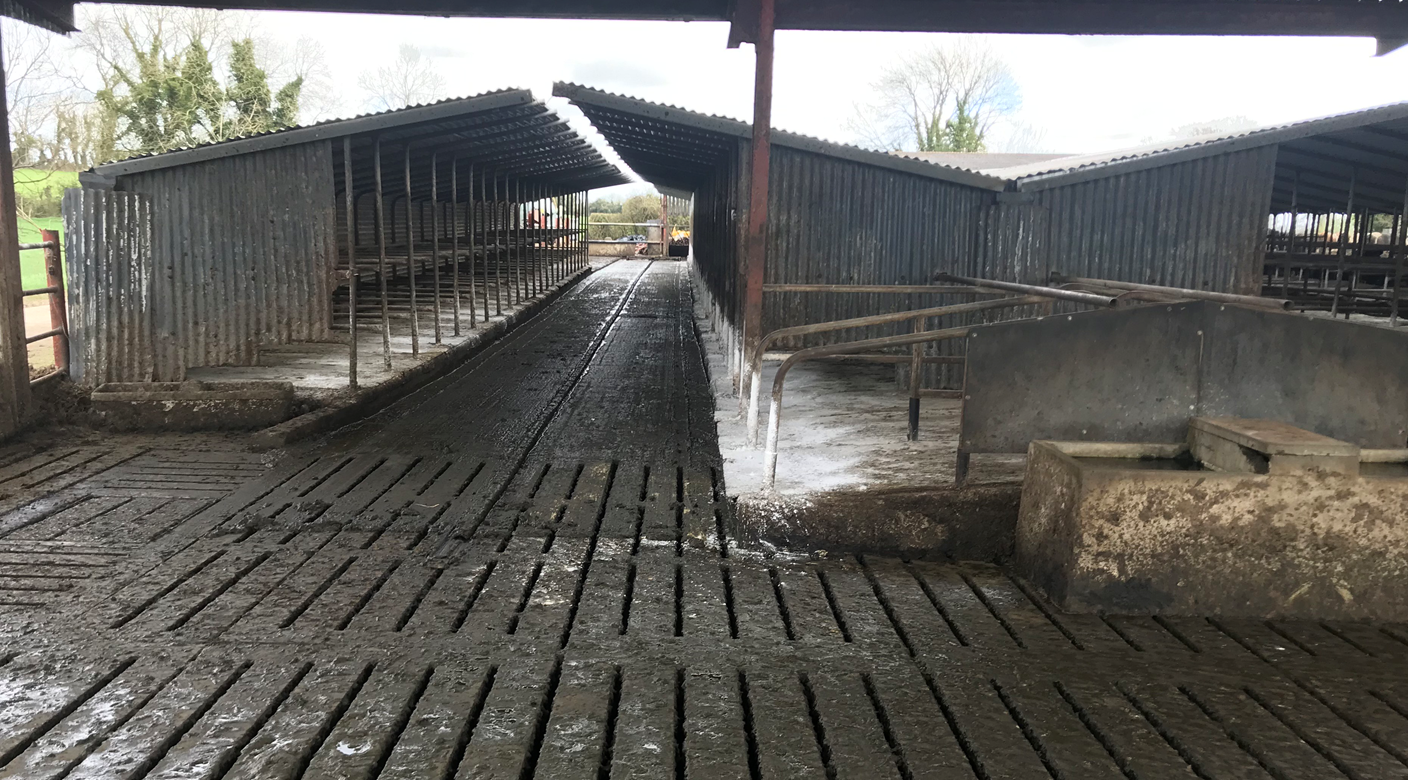 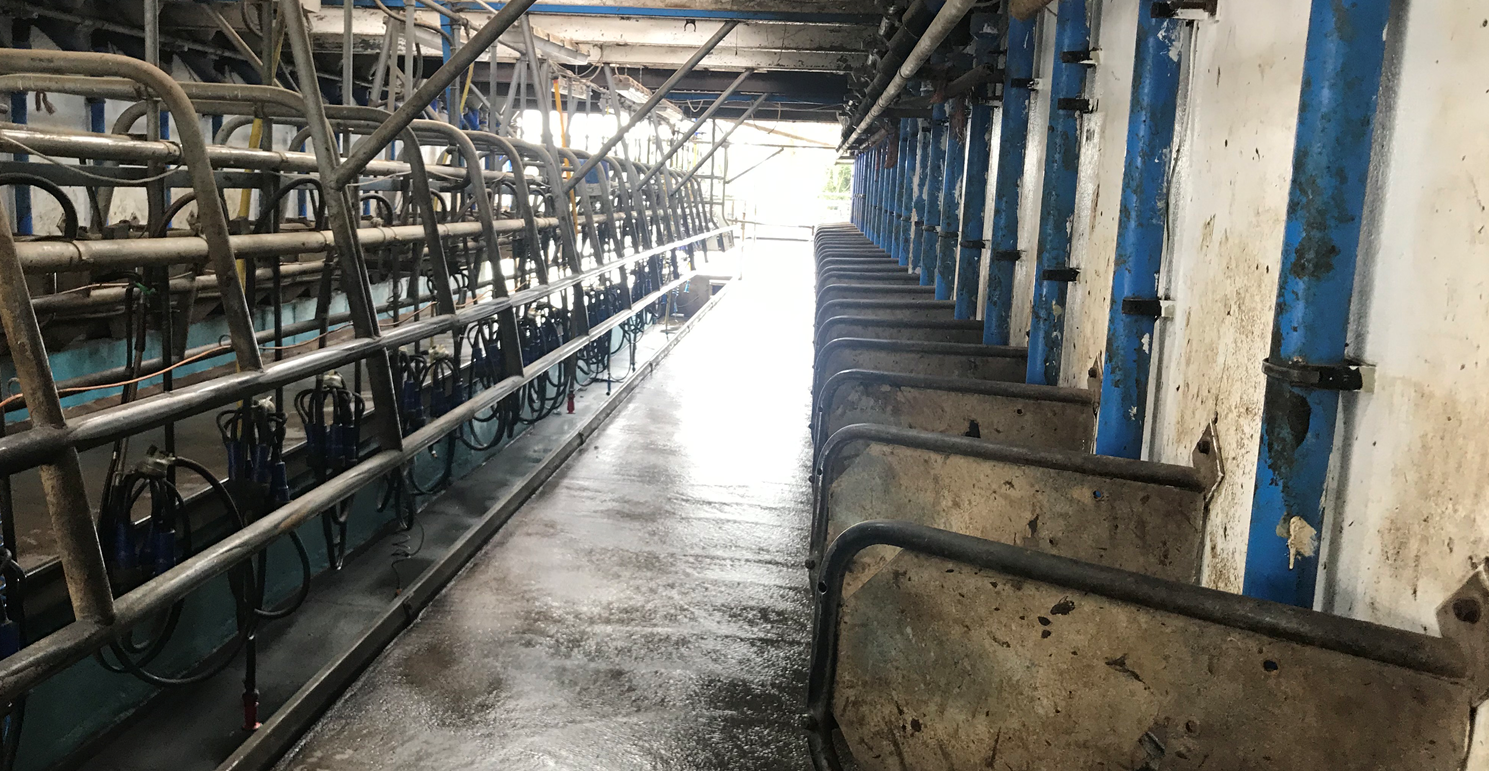 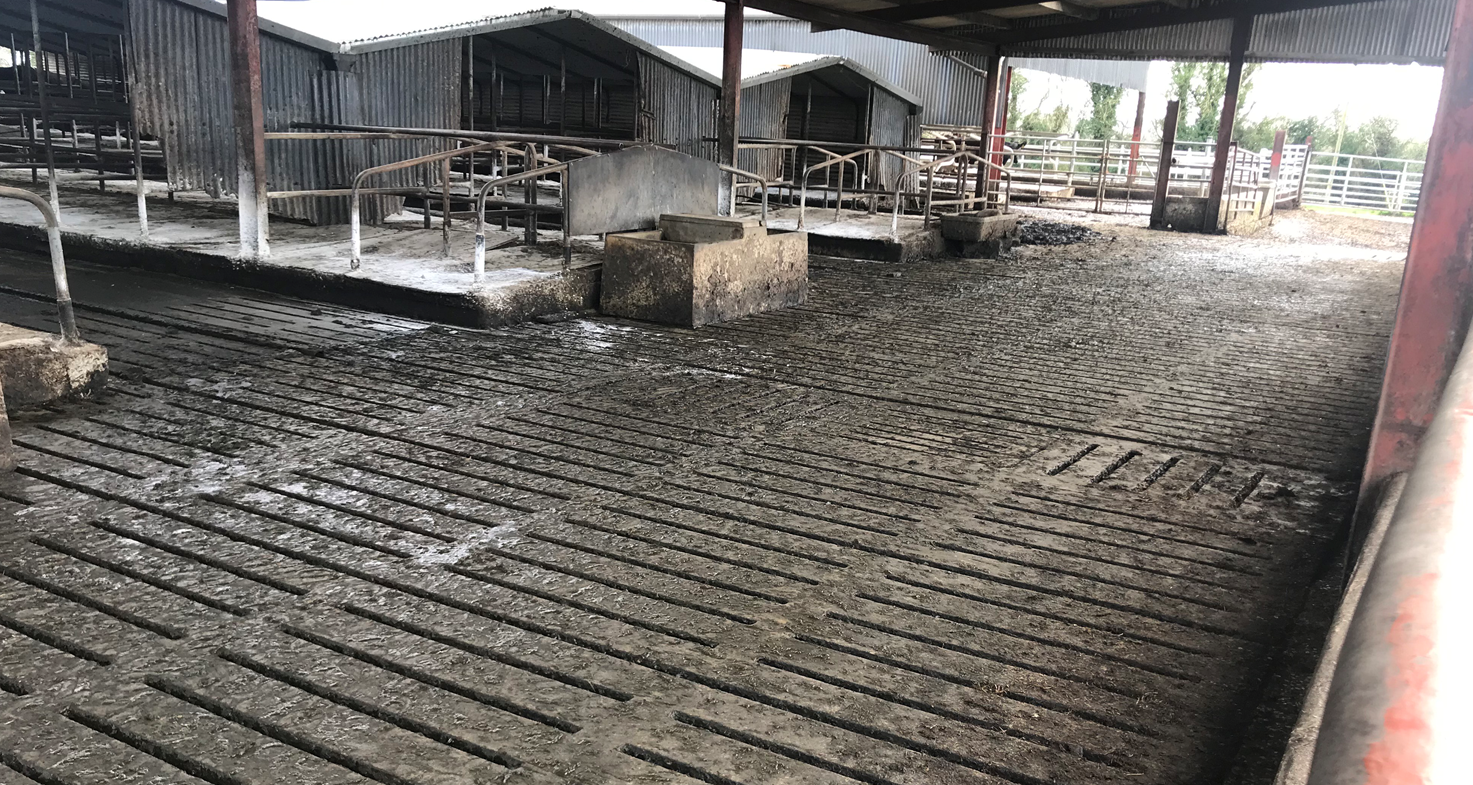 With the herd size increasing over the last number of years, full-time staff and students have been employed on the farm. Because of this, David developed standard operating procedures (SOPs). Having SOPs in place reduces the amount of time spent explaining how to complete specific task(s) on the farm.

Commenting on this, Laura said: ”We have a lot of SOPs on the farm, it just makes things simpler. The idea behind it is that anyone could come in and operate the parlour.

We have our full-time staff and relief milkers coming in, so if it has been a couple of weeks since they have milked something, it can easily be forgotten.

”There is a checklist for starting, washing and turning off the parlour – it just makes life a bit easier on our staff or anyone that may come in and milk for us.,” she added.

Some other SOPs in place on the farm are the treatment of mastitis cows, the feeding of calves and management of freshly-calved cows. 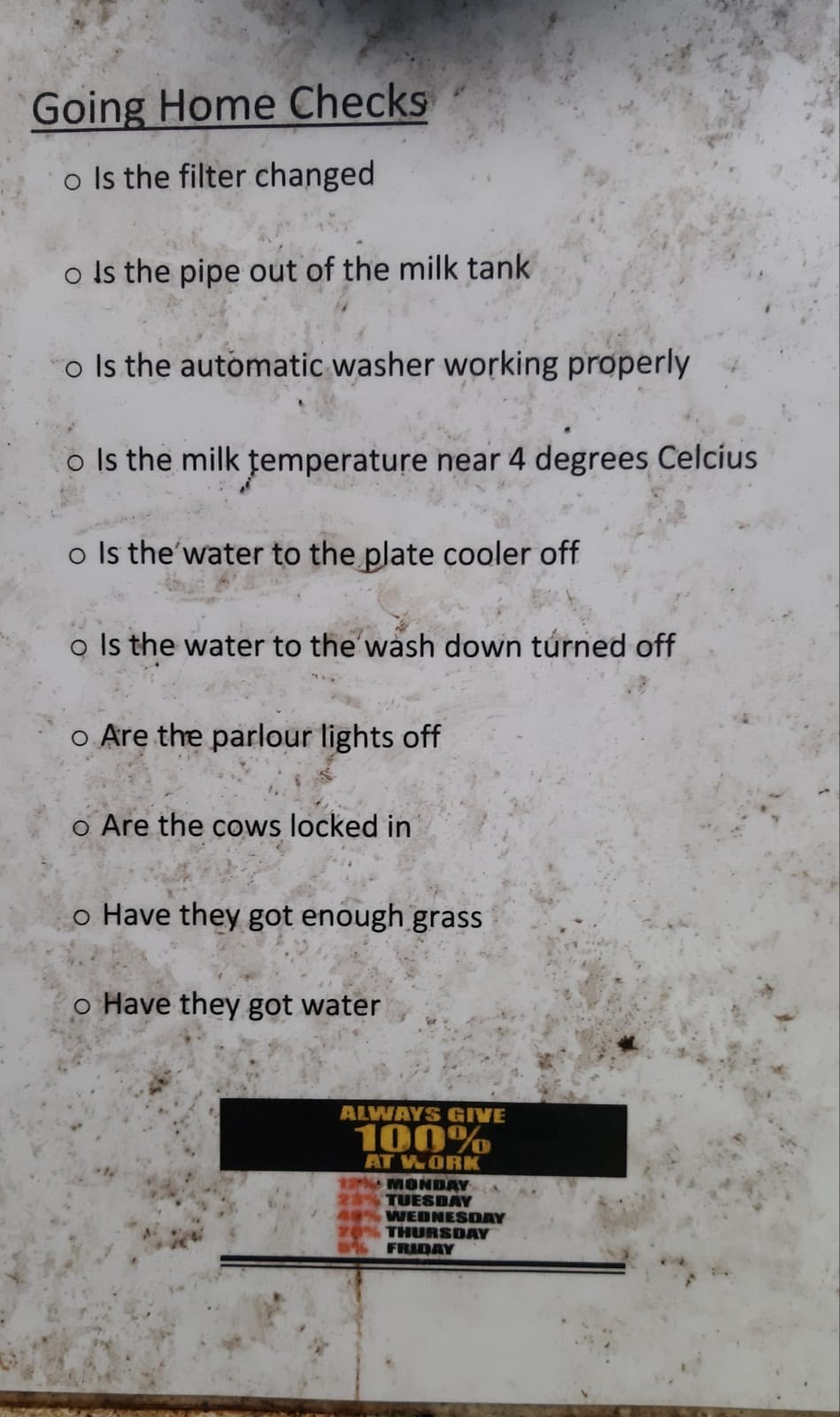 Speaking about the current production of the cows, David said: ”The majority of the cows are Holstein Friesian, with about 25% of the herd being Jersey crossbred cows.

I like the crossbred cow, but bull calves are a major issue it very hard to get buyers for crossbred bulls.

”In terms of cost we would be middle of the road, but very much focused on grass. The farm is quite long and narrow, with the cows furthest walk being 2.2km.

”With two-thirds of the paddocks being over 1km away, we feed them that little bit extra to ensure they stay in good condition.

Commenting on how the spring has gone so far, David said: ”Although we have had more labour than usual, it has probably been our busiest spring.

”Having animals in three yards did not help, because we brought the heifers home this year; we didn’t have the space for them.

”When we started using the contract rearer, the shed that was used to house our weanling heifers was converted to house cows, which meant we had to rent a shed this year to house them over the winter.

”We had about 80-85% of our cows calved in six weeks; we are now in the tail end of our calving season with only a handful left to calf.

The one thing we did realise this spring is that, we do not have enough space for all our calves. In a normal year we would be ok but with all the details to exports, we found it hard to sell our calves.

”We had calves for longer then we would have liked and that meant calving pens had to be turned into calf pens.

”The biggest issue we have is our crossbred bull calves; we find them harder to sell compared to the Friesian. For the 2021 breeding season all our dairy artificial insemination (AI) will be Friesian, we wont be using any Jersey semen.” 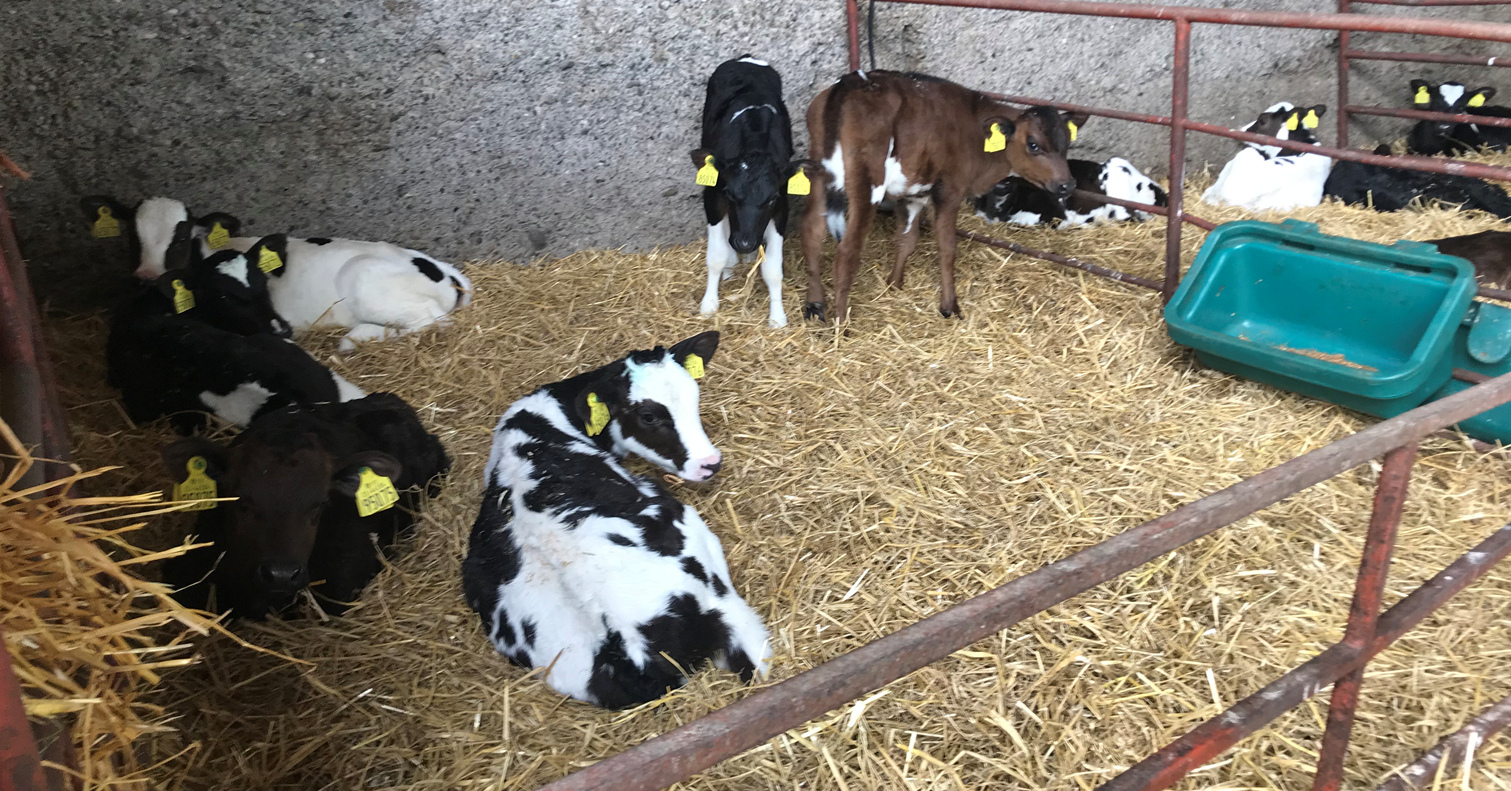 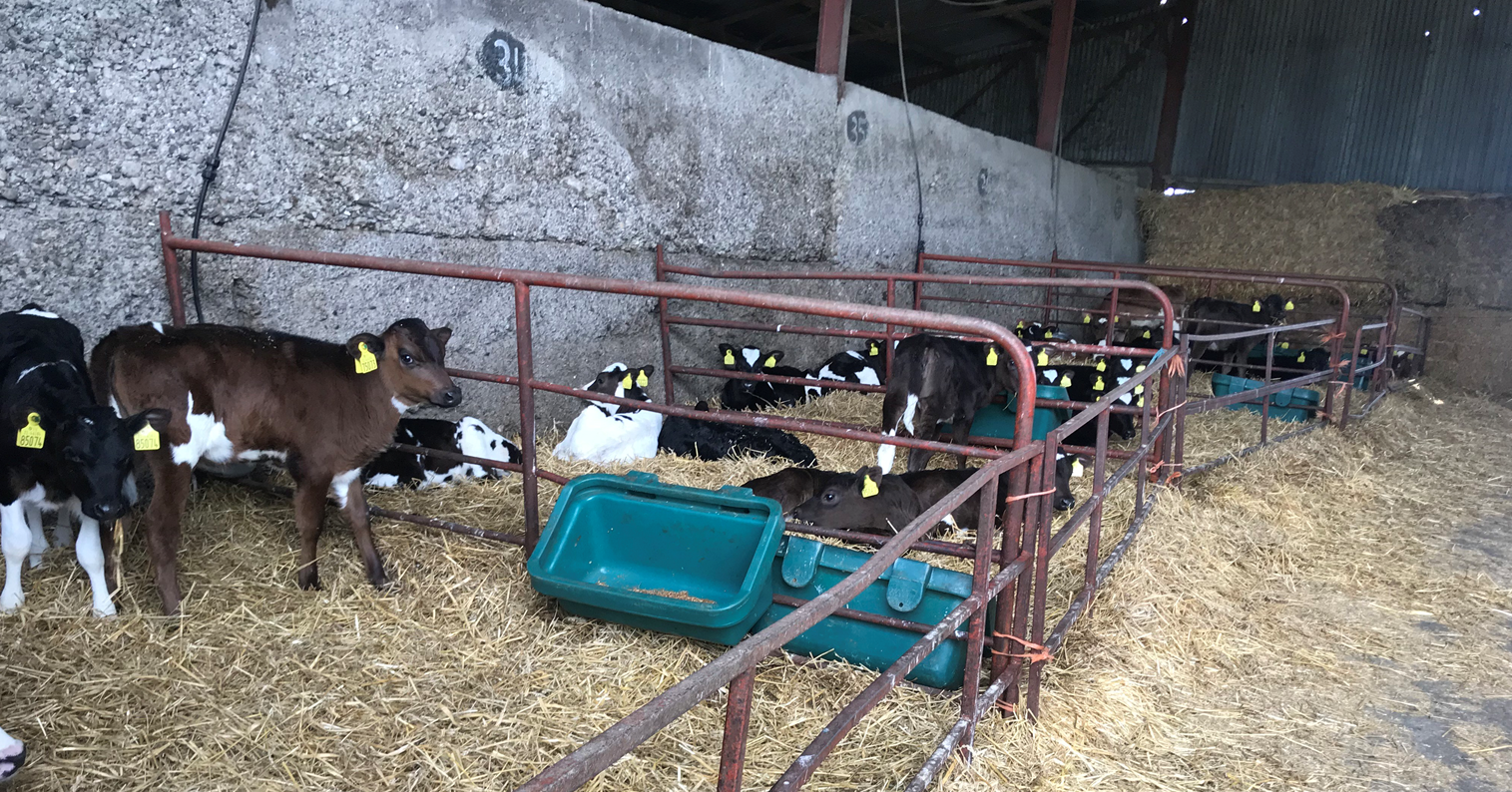 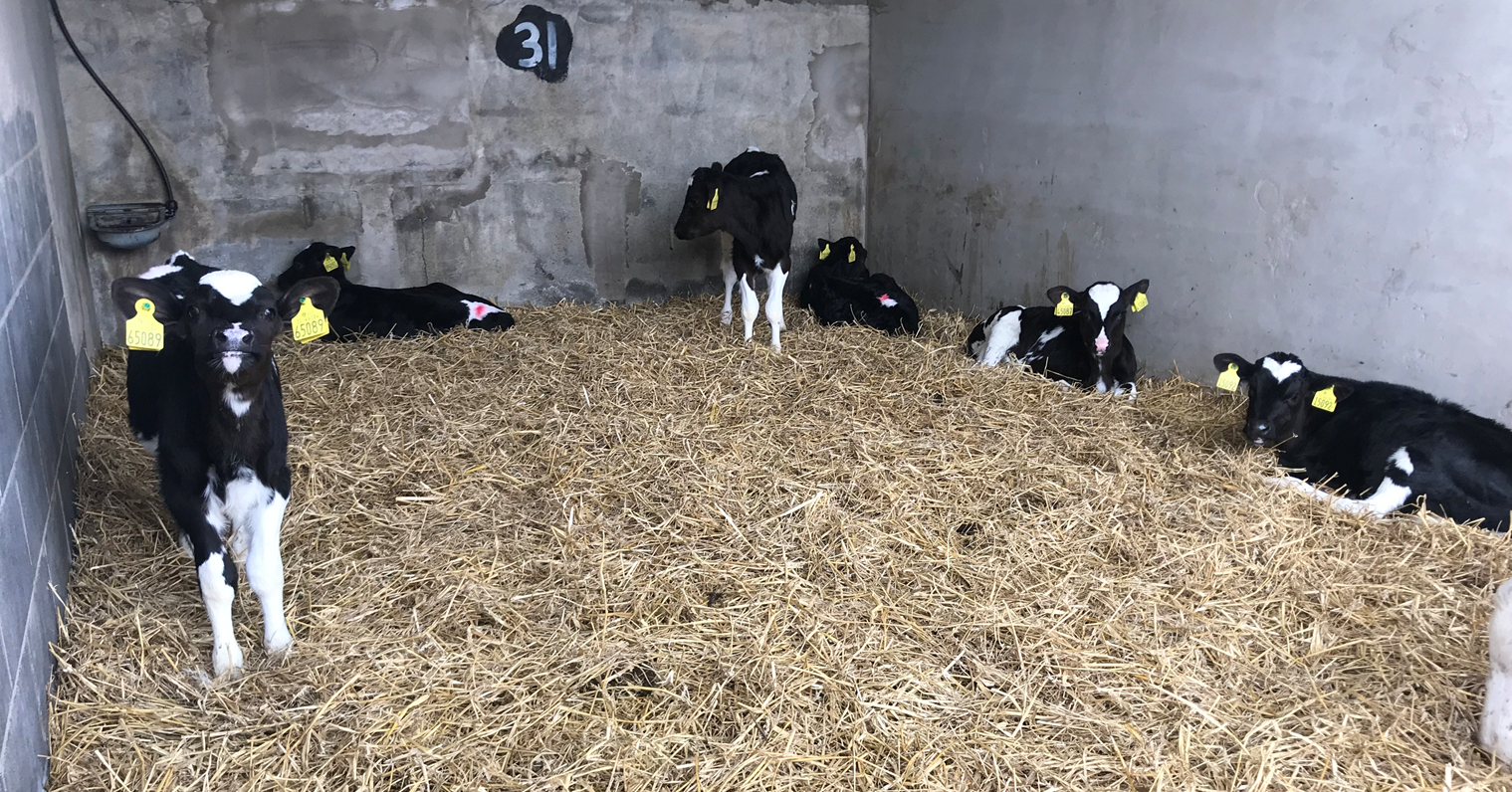 Looking to the future, Laura said: ”We have plans over the next few years to construct a new calf shed, a cubicle shed, two silage pits and accommodation for our staff.

”The new calf shed will mean we will have enough room for all the calves and will not have to use calving pens. The new cubicle shed will hopefully save us time and mean that all our animals will be housed in the one yard.

”If land around us became available we might consider expanding further, but we are already overstocked – it would need to be a large enough block to justify expanding.

”It would also mean we would need to develop the farm infrastructure further, with the possible construction of a rotary parlour and more housing.

”Instead of expanding the home farm, we are starting to look into developing a second unit which will allow the business to continue to grow.,” Laura concluded.

Dairy Focus: ‘I was lucky I got the opportunity to do what I did’

Dairy Focus: ‘I was lucky I got the opportunity to do what I did’