Dairy focus: Cork farmer shares his expansion journey, while gearing up for spring 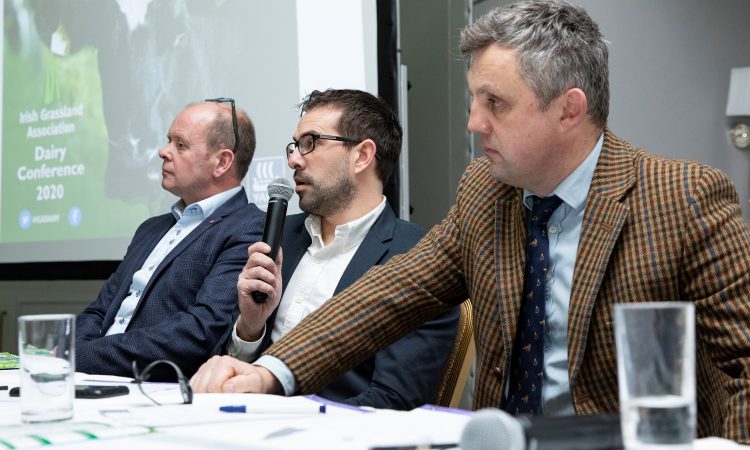 Dairy farming just a stone’s throw away from Cork city, Donal O’Reilly was one of many interesting guests who spoke during the Irish Grassland Assocation’s (IGA) Dairy Conference last week – on Wednesday, January 8.

Donal was very open when sharing his post-quota expansion journey. He also discussed some of his spring management tips.

The story began in 2001 when Donal, having finished college, came home to farm alongside his parents Margaret and Tadhg.

However, it wasn’t until 2004 – after joining a local discussion group – that Donal began to become more involved in the “technicalities” of the business.

The first step towards succession for Donal came in 2009, when he entered a partnership with his parents  – which also allowed him to gain access to more milk quota. From there cow numbers began to climb, until they reached 104 in 2014, at which point Donal took over the reins from his parents. 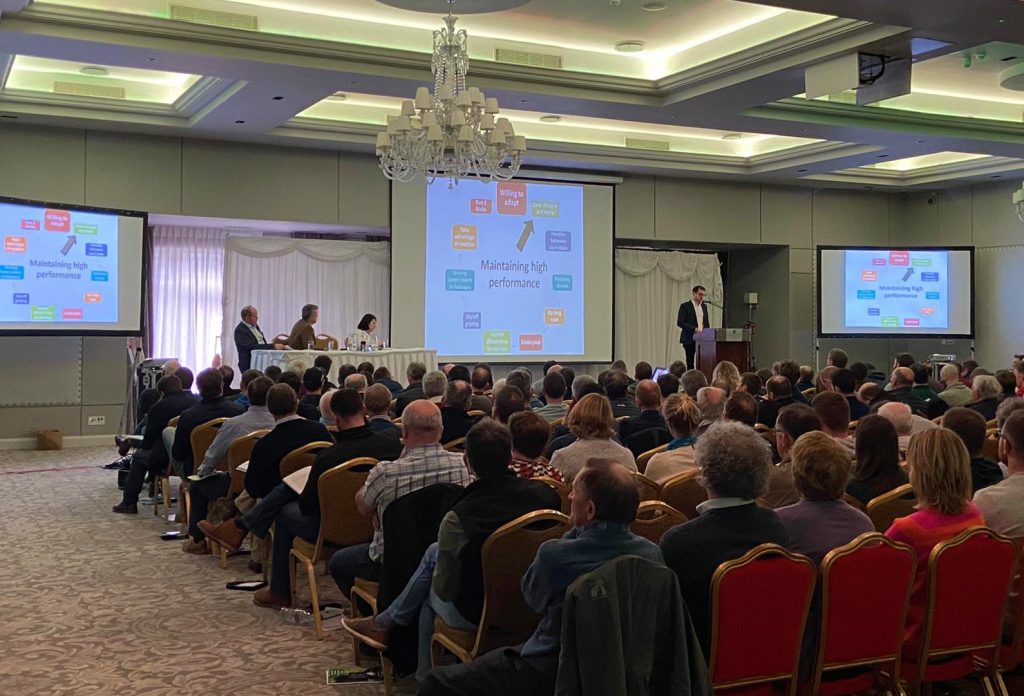 Following on from this – in 2015 – Donal became involved in the Teagasc Glanbia Monitor Farm Programme, where he said he had the “privilege of meeting Teagasc’s Richard O’Brien”.

“It was at that point that everything just clicked. Me and Richard sat down and set out a plan for where the business was going; the plans for expansion; etc,” explained Donal.

It was then that the expansion journey began. Cow numbers started to grow steadily year-on-year until they reached the level that they are at today.

Now the farm is home to a 203-head spring-calving herd with all the heifers contract reared to “simplify the whole system”.

In 2019, milk production for the farm reached 510kg of MS/cow with 1t of meal fed per cow. 50% of the herd is comprised of first and second-lactation animals.

Commenting on the performance, Donal said: “We fed a bit more meal than we would have liked last year. We were trying to conserve fodder because we didn’t know how we were looking with regard to fodder for the spring.”

For the past two years, a full-time employee has been working on the farm, which Donal described as being “invaluable to them”.

One of the reasons for expansion was to get up to a number, that we thought would be viable to have a full-time employee on the farm.

Furthermore, last year, a net profit of €1,672/ha was notched up across the farm as a whole.

Referring to this, Donal said: “Again, [there’s] plenty of work to be done here. We cut a lot of silage last year to replenish lost reserves and fed more meal than I would have liked.

Donal stressed that the key drivers of performance for him are breeding, grass and running a simple system.

With regard to breeding, calving begins on February 1 and he expects to reach a six-week calving rate of greater than 90% this year.

Advertisement
However, this year, a 13% empty rate was achieved after a 10-week breeding season which Donal put down to a disappointing number of embryonic losses. He noted that it is usually less than 10%.

Moreover, crossbreeding has been taking place on the farm since 2015 with all DIY AI used. The current EBI of the herd is €149.

He began grass measuring in 2014, at which point just 11t of DM/ha were being grown – on average – on the milking platform. This, he said, has steadily increased year-on-year to 17t of DM/ha in 2019.

Donal highlighted that soil fertility had a large part to play in achieving this level of grass growth. A total of €23,000 has been spent on soil fertility – on the farm – over the past five years.

He said: “The whole grazing block was soil sampled in 2014, the results analysed and action taken. The soil fertility was on the floor; 23% was optimum for pH, 7% for phosphorus (P) and 67% for potassium (K).

“In the spring of 2015, lime was my first priority in addressing the soil fertility problem. I spread 10t/ha over a three-year period on the milking platform.

“I also spread 18-6-12 across the farm for several years, and this approach worked well in raising soil indexes to current levels.

“Since then, we have corrected 58% of soils. We are still looking at 42% [that are] not optimum, but we are well on the road to getting there,” he added.

“The farm drys up quick, but it can also get wet very quick; so as cow numbers have gone up we have invested a lot in farm infrastructure – including grazing and housing,” said Donal.

A total of €650,000 has been spent on infrastructure – on the farm – over the last 10 years. However, this does not include reseeding (70% has been reseeded in the past five years) or building soil fertility.

The water system on the farm was upgraded in 2018. “This was the last thing we thought we would have to do, but the drought in 2018 really proved what 200 cows can drink,” he joked.

Additional farm roadways were also installed. “1.5km of roadways were laid for easier access to paddocks, in addition to more gaps for better management of grass in the shoulders of the year,” he noted.

In 2018 a new underpass was installed. Commenting on this, he said: “This brought the whole farm together.

Crossing the road was an issue from a health and safety point of view, but it also meant I was grazing the wrong grass at different times of the year.

A total of 230 cubicles are on the farm, of which 170 have been installed in the last five years. A 20-unit parlour was also installed on the farm in 2005.

Gearing up for the spring

With spring almost upon us, Donal shared some spring-management advice with attendees; some of which he said he will implement for the first time this year.

During his presentation, Donal outlined the following:

Lastly, Donal took us through his plans going forward for his farm – which he described as “still being very much in their infancy”.

He said: “I will get a kick out of maintaining and increasing the grass grown on the farm. I will also make more strategic use of N to help from a cost saving and environmental point of view.

“In terms of meal feeding, I will make more targeted use of meal towards the shoulders of the year…to be confident in the grass that the cows are grazing in the summer time, so that they can come off meal a bit earlier or reduce it.

I will cull the lowest-performing cows and strive to get to 550kg of MS/cow – which I believe there is huge scope to get to.

Finally, on the topic of sustainability, he said: “What it [sustainability] means to me is, firstly, the farm has to be profitable. Secondly, I have to have a good work-life balance and we will work that towards the environment as well.” 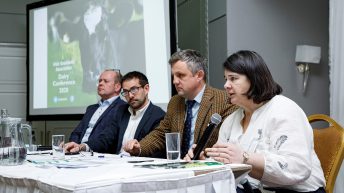 Are all the cows in your herd pulling their weight?