Dairy Focus: Building towards the future in the Royal County 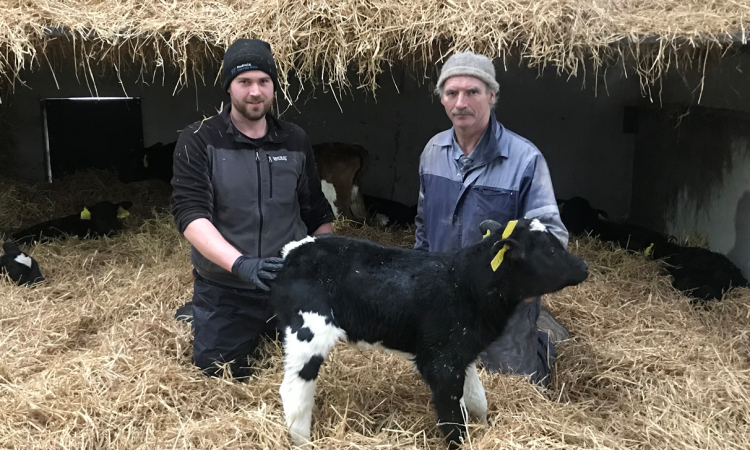 Just outside Kilmessan, on the banks of the River Boyne, you’ll find the Lally family farm, with this very much being a family-run dairy farm.

The farm operates a split calving system, with 70% calving in spring and 30% in the autumn.

The farm will milk 430 cows this coming year on a 122ha grazing platform, while a separate 43ha out-farm is used for the heifers, with silage and maize being cut from another rented block of land.

Michael says: ”What I learned in Ballyhaise and on the work placements was so relevant to the home farm, the three main points I took from to focus on at home was better grassland management, having a clear breeding policy and better herd management.

”I completed two work placements and the experience gained from those placements grew my knowledge of grass-based dairy farming, soon after that, I started measuring grass and seeing cows could be put out onto paddocks in early February.

”The two farms I worked on were operated by young progressive farmers, that had taken control of management to push the farm forward – moving to a more grass focused based production.

The placements opened my eyes and I realised that we weren’t utilising the grass on our farm to its full potential.

”After finishing the course I went to New Zealand in June 2018, I worked on a 1,600-cow farm in Canterbury. The scale is huge over there but the system is so simple.

”In May 2019 I returned home to farm full-time alongside my father and uncle.”

Michael is an active member of the MhíLú discussion group. ”I would recommend that young farmers should look into joining such a group, it’s a great way to meet other farmers and obtain insight into another way of doing things.” 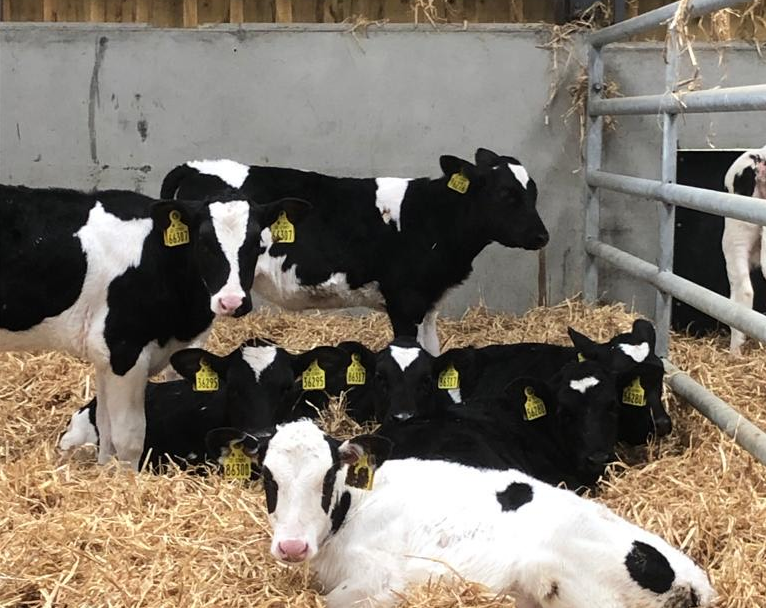 History of the farm

What is now half the home farm consisting of 50ha was bought in 1964 by Michael’s grandfather – also named Michael, he was born in Mayo but grew up on a farm just outside Navan.

Michael says: ”He operated a mixed enterprise on the farm consisting of beef, sheep and tillage.

”In 1984 a second 50ha was purchased and added to the home farm block and, around this time, Francis and Diarmuid had returned home to farm full-time, with the farm now operating dairy and sheep enterprises.

”The first parlour on the farm was an eight-unit herringbone and then that was then extended to a 14-unit, while a 50-bail rotary was built in 2002, with the farm moving to 100% dairy at this stage.

There were very few rotary parlours around at that time. It was installed with automatic cluster removers (ACRs), milk meters and a backing gate.

”The farm had always operated a winter milking system, with a Holstein-type cow used. Buffer feeding was carried out all year round, as the parlour didn’t have feeders.”

Michael credits his father and uncle for being very good at operating the winter milk system, but cows were calving nearly all year with maybe two months off in summer.

”The Holstein cows that we had were becoming increasingly harder to get back in calf and cows were often rolled over, but that suited the system at the time.

”Because of this, Diarmuid, who looked after the breeding of the cows, made the change to the economic breeding index (EBI) to try and improve the herd’s fertility and milk solids, without moving away from the black and white cows.

”Within a couple of years we could see the benefits in the younger stock; they went back in calf easier and were performing better in the parlour.

Then in the spring of 2016 we got locked up with TB, where we ended up losing around 30% of the milking herd and 40% of our heifers.

”We had seven tests in 13 months, as well as that, 2016 was a bad year for milk price which didn’t help. We had lost the majority of mature cows so we were left with quite a young herd of cows.” 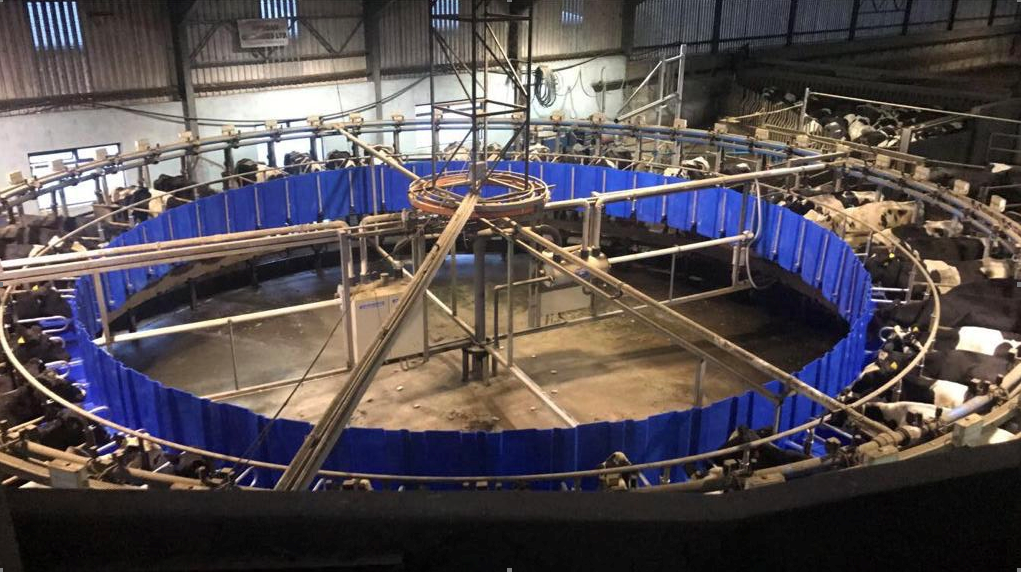 Speaking about the changes that have happened on the farm in terms of infrastructure, Michael added: ”After the rotary was built in 2002, the farmyard infrastructure stood still, but Francis was always constructing new roadways and maintained the existing ones.

”In 2016 we built a new calf shed; we did months of research into the shed before we started, including looking into slopes, ventilation and a lie back area.

”Before we had that shed, calves were in sheds located all over the place. Nowadays, heifer calves enter a pen and don’t leave it until they’ve been weaned. It just makes it so much simpler and efficient.

”I felt the parlour was becoming an issue. It was always starting and stopping and slowing down the milking process. Cows were being fed off the parlour, so there was nothing to entice them on.

So in 2018, the parlour got a revamp, we installed a batch feeding system, a three-way drafting gate and automatic teat sprayers. This has increased the milking efficiency by 25% with more cows being milked.

”We slowly continued to change and improve how efficient we could be on the farm and in early 2020 we installed a new bulk tank, which I can now control from the phone.

”We also installed a new variable speed milk pump, a new plate cooler and an auto-wash system, which has increased efficiency even more and is a big saving on energy.

”In the near future, I’d like to finish off the updates on parlour with auto retention bars, a variable-speed vacuum and heat-detecting collars.” 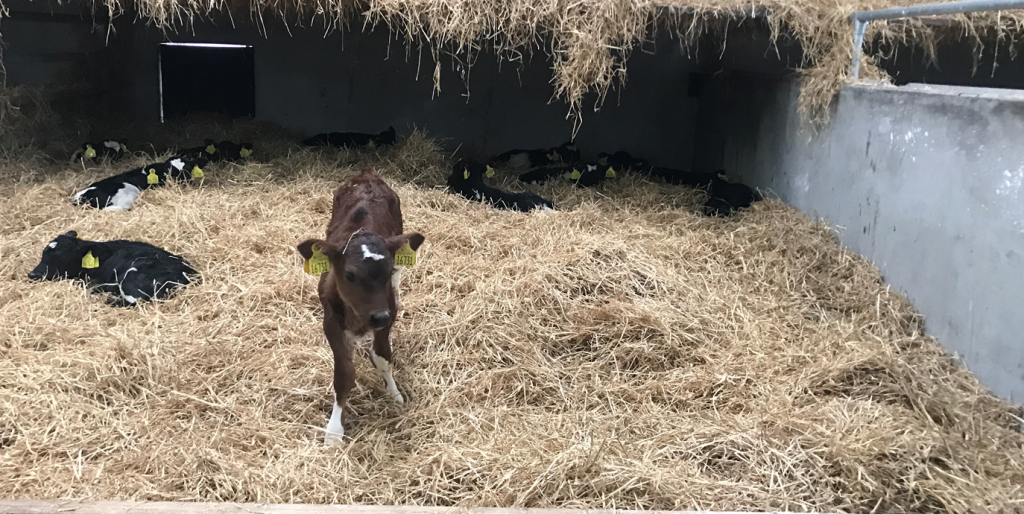 Speaking about the performance of the herd and the breeding policy in place, Michael explained: “We are seeing the benefits of getting out to grass earlier. Last year we grew 14.5t of grass per ha, I aiming to get to over 15t per ha this year.

The more we pushed grass the more we learned about the farm. It’s exceptionally dry, currently that is not the case but the weather has been extreme so far this year. We used on-off grazing last year and will again this spring.

”We always did a bit of reseeding over the last few years. We’ve been reseeding 10% of the farm each year. We are also planning on stitching clover into about 45% of the paddocks this coming year.

”Last year the herd produced 495kg of milk solids (MS) at 4.10% fat and 3.50% protein, with the goal to get to 550kg of MS through better grassland management and higher EBI stock coming into the herd.

”Herd EBI is currently €123, with the breeding policy moving forward being a smaller Friesian cow with high EBI figures and about 25-30% of the herd being crossbred.

”Maintenance is one of the key areas that we pick bulls on now and will continue into the future. The distance from the parlour to some paddocks are quite long so we need a cow more suited to the system.

”We have started using sexed semen in the last breeding season and so far this year we have 50 calved in 10 days – all with heifers. That gives us a nice group of heifers for grazing in the summer and moving forward.”

In terms of becoming more efficient and how the Lallys plan to do this, Michael added: “With the cows, I am going to tighten up the calving spread and have two distinct calving blocks.

”In 2019, the spring calving went on for five months, which meant it ran into the breeding season and just complicated the whole thing.

”This year we have 80% due to calf in six weeks and the remainder will be calved in 12 weeks.

”The autumn herd starts calving around September 15 and usually finish around the middle of November, so it’s about eight weeks, so I want to cut that down to six weeks in future.

It just means we won’t have to feed calves over Christmas and it also gives the shed and our staff a six-week break to be able to clean and disinfect it before the spring calves.

”Another thing we’ve done is the development of a herd health plan with our local vet to improve overall herd health and performance.

”We are preventing stuff before they become an issue which wouldn’t have happened here before – it just makes life much easier.

”As the cow numbers increased, the machinery work we do on the farm has decreased, we now use the contractor a lot more. For example, all of the fertiliser and slurry work is contracted out, with all the slurry being spread using low emission slurry spreading (LESS) methods.

”There is less damage being done to the ground and it is just much quicker.” 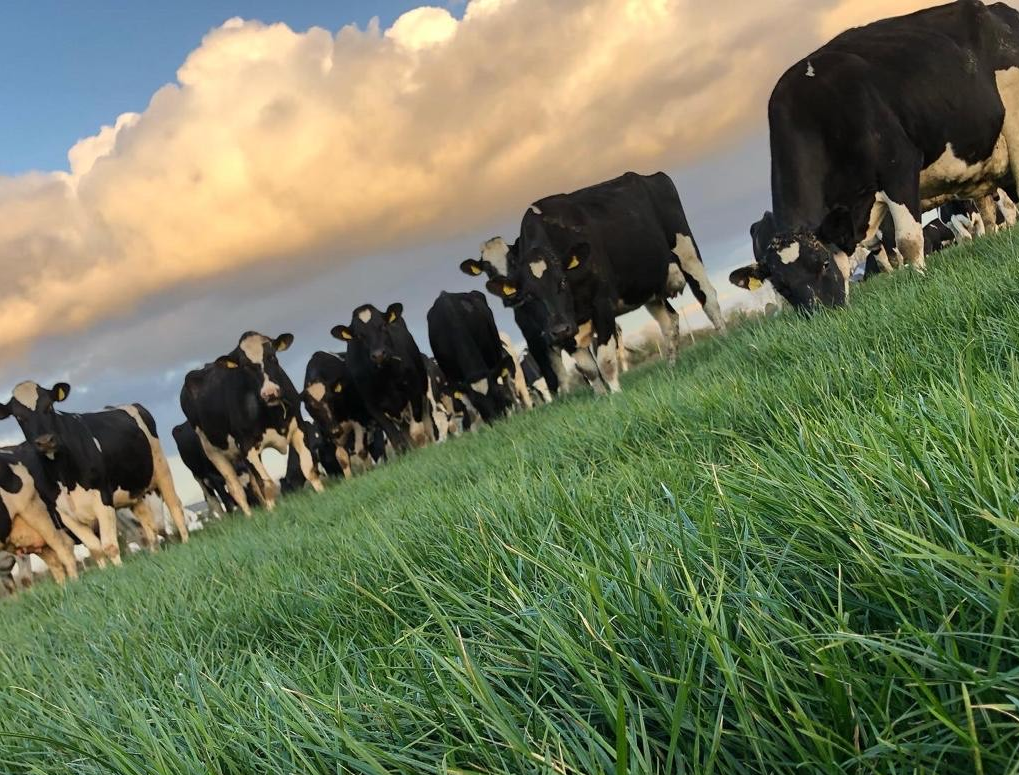 Talking about the future plans of the farm, Michael concluded by saying: ”As the herd has increased over the last number of years we’ve started to become tight on housing, especially in the spring which is another reason why I need to get the cows out grazing earlier.

We have plans to build a new cubicle shed that can house all the milking cows. Such a shed will make it easier to manage the cows and not be using several different sheds for housing.

”Along with a cubicle house, we are hoping to build extra slurry storage and new silage pits, so that it will make life much easier on ourselves and our staff.

”We added a new block of 22ha to the grazing platform this year, so we will be busy with fencing and roadway construction; we are aiming to start that in March or early April.

”I plan to continue with the winter milk because it works for us and we can carry a higher stock rate on the grazing platform.

”My brother Patrick is also very interested in farming, he recently completed his degree in Sustainable Agricultural from DKIT.

”He had hoped to go traveling and work on a few farms abroad gaining more experience, but with Covid-19 he couldn’t; however, he hopes to go in the near future when he can.

”Further down the line myself and Patrick would like to possibly set up a second dairy unit that he can run himself.” 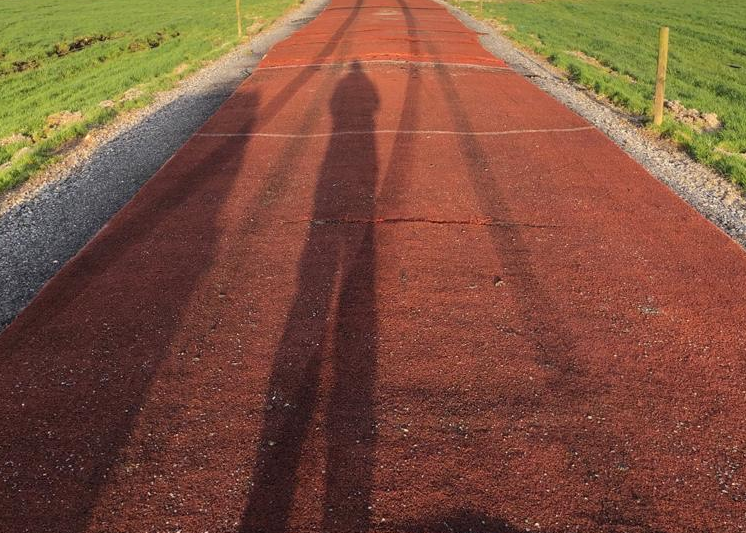 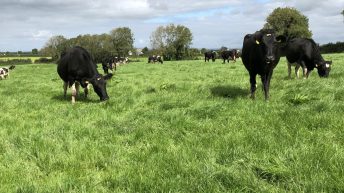