Dairy farmers encouraged to manage production in February and March 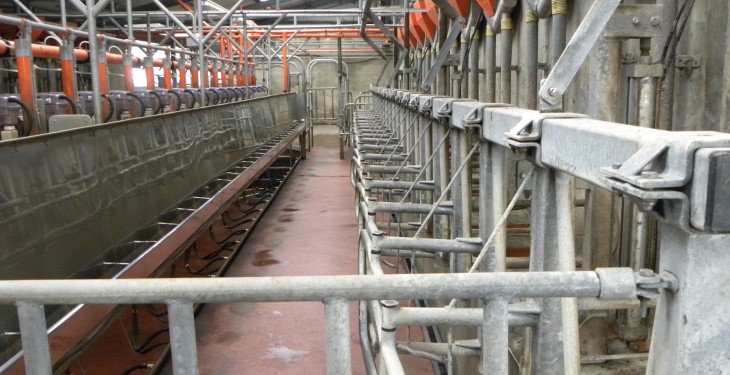 Dairy farmers have been encouraged to continue to manage production, with the help of their advisors, into the important production months of February and March.

The Minister for Agriculture, Simon Coveney said this in response to a recent parliamentary question and added that there is no realistic prospect of any movement on the superlevy.

“I have, on numerous occasions, called on the Commission to take action to mitigate the impact of super levy fines, primarily via utilisation of an adjustment to the butterfat coefficient, as this would not have required an amendment to existing regulations.”

However, he said given the reaction of the Commission, and the opposition of a blocking minority of Member States, some of which have gone so far as to seek to link the issue to possible measures to regulate supply after quotas are gone, there is no realistic prospect of any movement on the super-levy.

“This is also true of a butterfat adjustment, and coming into the final year of milk quotas, farmers should manage their milk supply with this in mind,” he said.

The Minister said at national level he has impressed on the major banks the need to show flexibility in their dealings with farmers experiencing temporary cash flow difficulties in 2015.

He also said co-ops may have a role in mitigating the impact of the global price downturn on their suppliers, and have some flexibility in relation to the phasing of superlevy bills to farmers.

Furthermore, the Minister said Teagasc has recently commenced a series of dairy seminars throughout the country to help dairy farmers manage through 2015, while also planning the efficient development of their dairy business in a non-quota environment.

According to Minister Coveney, it should also be noted that the Single Farm Payment will also provide a measure of income stability during the forthcoming period.

The Minister also said that there is evidence that milk suppliers are already taking steps to manage their milk supply in the final months of the quota regime.

He pointed to the milk quota position for the period up to end-December 2014 which leaves Ireland 5.93% over quota when account is taken of the butterfat content of the milk deliveries.

This figure, he said continues the downward trend in the over-quota figure, coming from a peak of 7.15% in October 2014 and is welcome.

The rules governing the imposition of a super levy fine are set by regulations agreed at EU level. Under these regulations, each Member State is allocated a volume quota of milk, above which a super levy fine (of 28.6c/L) has to be paid to the EU Commission by producers who contribute to the over production. It is not possible for me on a unilateral basis to adjust super levy rules.