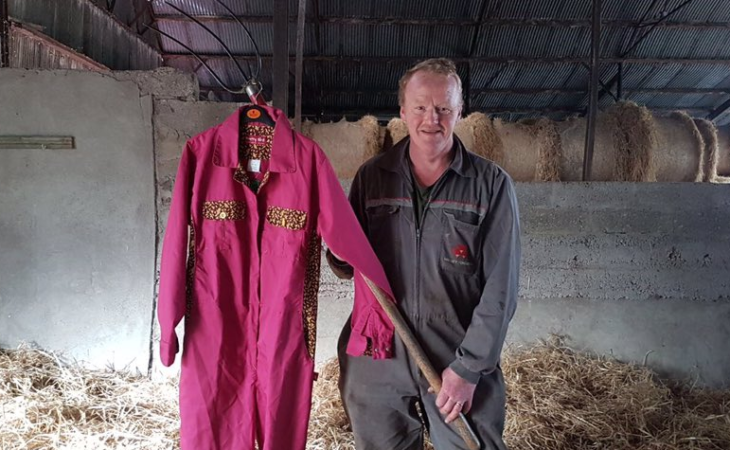 An award-winning dairy farmer from Co. Cork has banded together with an agricultural start-up business in aid of a very worthy cause.

Peter Hynes has been challenged to wear a delightfully fashionable set of pink and leopard-print ‘designer’ overalls to raise funds for the farm accident support network Embrace FARM.

He has been set a series of colourful targets for the coming weeks; with the good-natured farmer, and mental health advocate, prepared to go far beyond the realms of his comfort zone to achieve each goal.

Peter will don the stylishly selected pink overalls on his farm for the day if €1,000 is raised for the cause.

However, if the €2,500 milestone is reached, Peter will travel to his local co-op in the eye-catching apparel, where he intends to proudly showcase his spots to the co-op manager, farmers and other customers

Finally, should the top goal of €5,000 be collected for the cause, Peter says he will “go the whole hog” and boldly travel to Corrin Mart in Fermoy, where he will model his chic ensemble and strike a pose for photographers at the auctioneer’s stand.

The special fundraiser has been organised in conjunction with the owner of the Irish farming fashion firm Pretty Bird, Grace Roche, after Hynes was challenged to wear the overalls.

Peter agreed to wear them – on condition that the proceeds go to a good cause. Plenty of videos and photos are promised of the day in question – which will take place on February 14 (Valentine’s Day).

“It’s for a good cause and it’ll be right craic,” he said. “I’ve no problem making a fool of myself for charity!”

To help reach the funds needed, Roche has set up an iDonate page – which will be available for donations until March 14.

Donations are already coming in thick and fast – with over €1,000 already raised for the farm accident survivors’ charity.

Anyone interested in learning more about the event or donating to the cause can do so here. 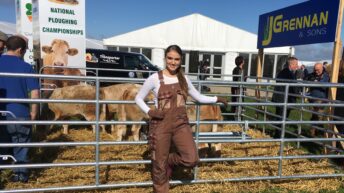 New women’s workwear collection to be unveiled at championships