A new report by Teagasc shows that land prices are up in some regions, with dairy expansion a key driver of land prices.

Land prices in Leinster, outside Dublin, increased by 7% with an average of €11,947/acre paid for farm land the survey shows.

Compiled in association with the Society of Chartered Surveyors Ireland, it shows that in 2014 lower costs of production for most farming activities were the key determinant of incomes in the sector.

In regions of the country where dairy production is more prevalent, such as South Leinster and Munster, agricultural land prices and rents have been stable or increasing in 2014. 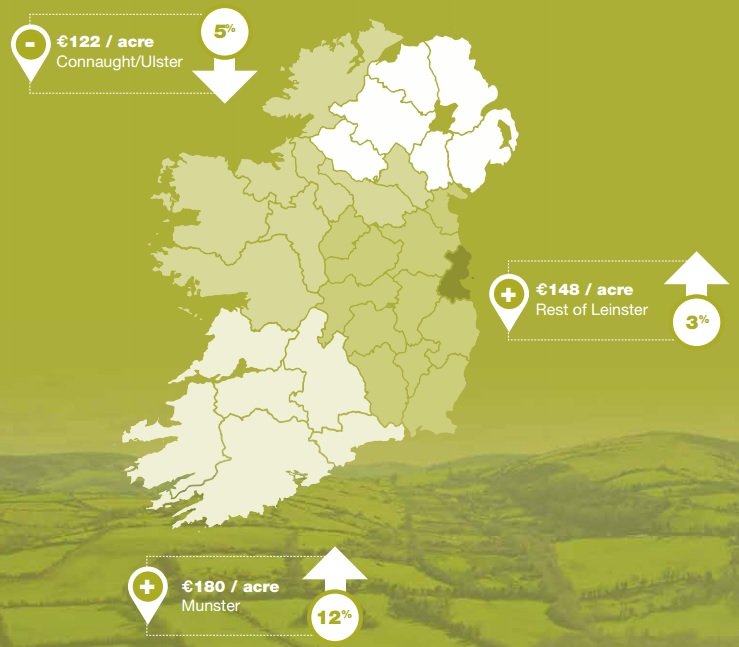 In the Connacht/Ulster region where dairying is a less prevalent and drystock farming predominates, agricultural land prices and rental rates remain relatively static, the survey found.

In the SCSI 2015 Land Market Survey, SCSI members were asked about their awareness of the recent changes to the treatment of income from long-term leasing out of land.

Members were also asked questions relating to the extent to which the recent taxation changes have affected the term structure of Irish agricultural land rental contracts and whether they expect that the changed tax treatment of income from long term leasing will encourage an increase in the volume of land let out. 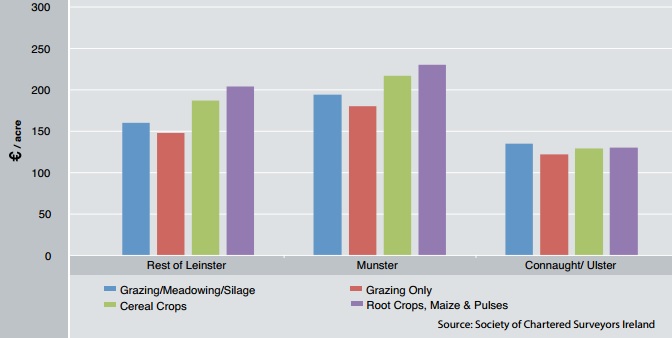 The results indicate that the majority of SCSI members have yet to see a change in either the volume of land let or the duration of agricultural land lease contracts.

However, a significant minority of respondents indicated a move towards longer lease terms and an increase in the volume of land let out under long term lease agreements.