In 2015, quotas were abolished and the expansion period began in Ireland for dairy. Since then, milk production has increased by 50% – which is largely due to the increase in dairy cow numbers in the country.

Following on from this is Co. Limerick at 118,900 cows – an 8% contribution to the total dairy population. 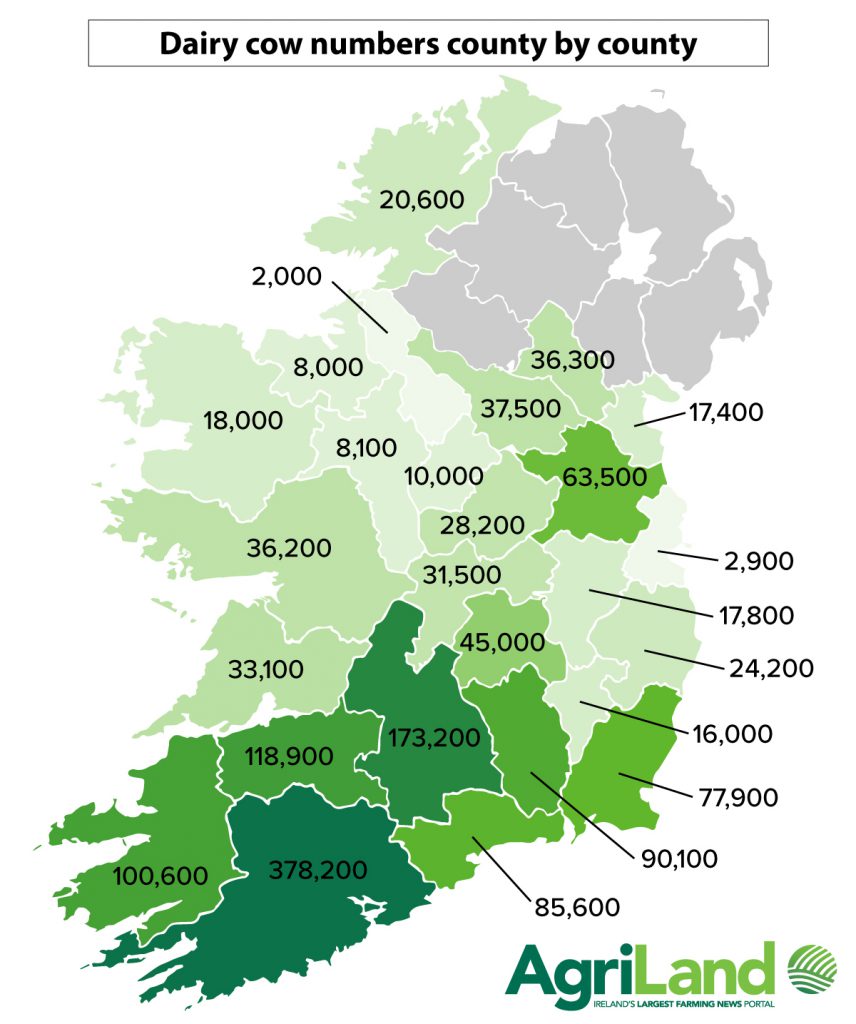 Grass growth: OK rain; the joke is over...