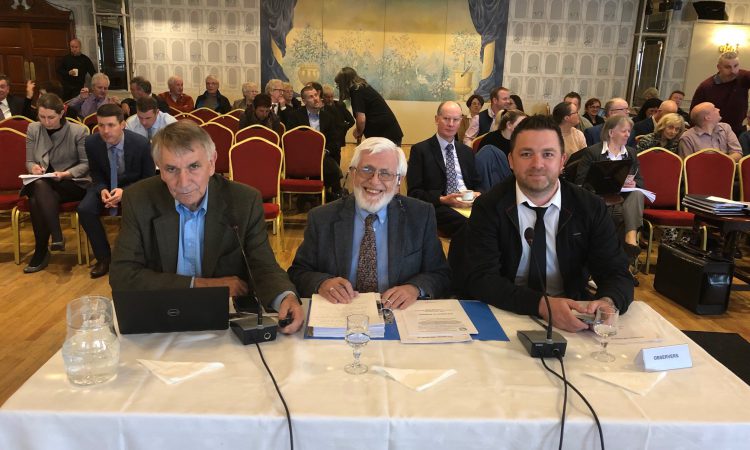 An oral hearing by An Bord Pleanála into the development of a wind farm in Co. Longford heard last week that cutaway bogs should be returned to their natural state.

Niall Dennigan – in his presentation to the planning authority – said that wind farms should not be allowed to replace jobs and that if, as a nation, Irish people “were serious about reducing CO2 emissions” then the place to start with that was in the boglands.

Dennigan was speaking on behalf of the ‘No to Derryadd Wind Farm’ group which is vehemently opposed to the wind farm development by Bord na Móna Powergen close to Lanesboro.

The company is seeking permission to develop the wind farm – and all associated infrastructure – comprising 24 wind turbines, nine of which will be located in Derryrogue Bog; eight in Derryadd Bog; and seven at Lough Bannow Bog – in south Co. Longford.

“If our country is serious about CO2 reduction then what better place to start than in our boglands?” Dennigan added.

“Return them to a natural working state – they are a natural environmentally friendly tool that can work 24/7 – 365 days of the year.”

‘On the winds of change’

He went on then to point to the difficulties posed to the local peatlands by the proposed development.

“I have seen a lot of changes for the good in the area over the years but, unfortunately, this proposed wind farm development is not one of them,” he added.

“The proposed plan for the cutaway bogs was to turn them back into a real-world weapon in the fight against climate change.

“This was to be established through the creation of the Mid-Shannon Wilderness Park – a park not only capable of positive environmental changes through the natural ability of the boglands to capture and store carbon, but as a sanctuary for wildlife and habitats.

The Co. Longford native went on to say that the park – since it was first mooted by Bord na Móna in 2015 – had been regarded as a blueprint on which to grow tourism, create and sustain jobs and “provide families with opportunities to enjoy days out for both mental and physical health and wellbeing”.

“It was to be an innovation that would place Co. Longford as the forerunner in achieving something wonderful through communities and local authorities working together for the common good – biodiversity, tourism, heritage, health, wellbeing and the economy,” said Dennigan.

Separately, plans to progress the park were given the seal of approval by members of Longford County Council last January.

The project is focused on utilising the land which has been worked by Bord na Móna in the county for the past several decades – land that is now destined to become redundant in the next 10-15 years.

The park will be capable of providing for activities that include walking, cycling, or travelling along the nearby Royal Canal and Lough Ree.

Where are the jobs?

Dennigan, meanwhile, pointed to the overall “negative impact” the wind farm will have locally. He also pointed to employment statistics around such developments and raised “serious concerns” about the matter.

“Yes, Bord na Móna has stated there will be high number of jobs at the peak of construction – but that is just short-term job creation,” he added.

“We have offered Bord na Móna a more permanent solution by suggesting the implementation of the Mid-Shannon Wilderness Park along with its own workers for years to come.

“This has the ability to sustain current Bord na Móna jobs and support the local economy and all the families involved.” 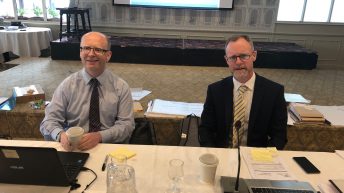 Hearing into Derryadd Wind Farm: Time is ‘running out’ to act